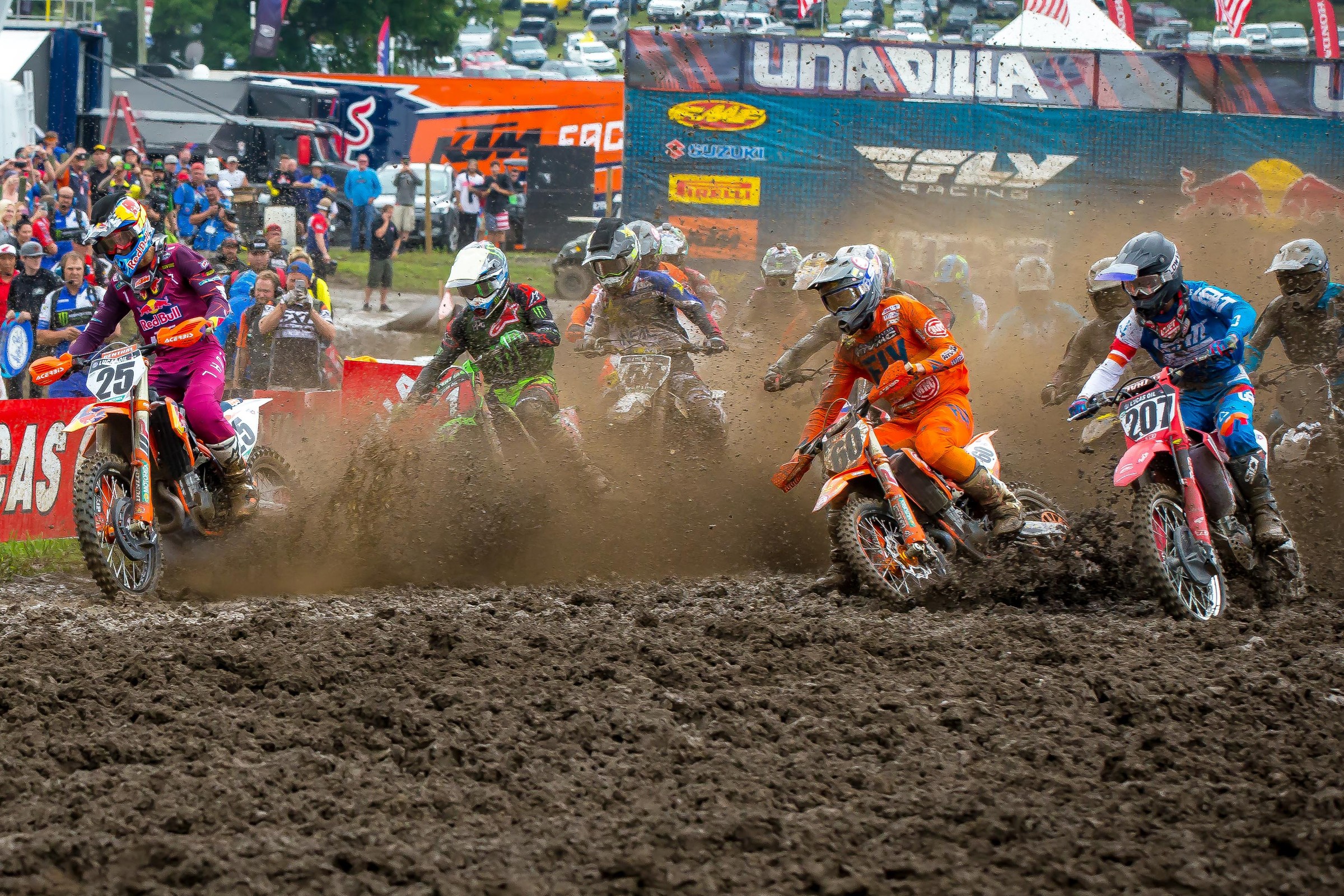 For a second straight year, Unadilla was hammered with rain, leading to some unpredictable moments. But at the end of the day, aside from maybe Phil Nicoletti and Mitchell Harrison's podiums, we saw familiar faces on the top steps.

Marvin Musquin charged to a second-moto victory to capture the overall over first-moto winner Eli Tomac (Musquin won the tie-breaker). The title chase didn't change, though, as the two tied in points and Tomac will remain 15 up heading into this weekend.

In the 250 Class, Dylan Ferrandis scored his first 1-1 of the season and second overall after dueling with teammate Aaron Plessinger. As for the title, Plessinger gained more points on Alex Martin and looks to clinch this weekend.

Let’s dive into the lap data to figure out how these races were won and lost and how the final three rounds of the season are shaping up with this week’s Sign of the (Lap) Times. First, our traditional lap time charts.

You'll want to note the comparison between the times in each moto. 450 moto one was way faster than 450 moto two, but 250 moto one was was slower than 250 moto two. That's how quickly things change in a mud race—the track goes from sloppy and wide open to sticky and technical, then to somewhat dry (on the main race line) in just four hours. This is so interesting that we will expand on it below.

Rain and mud can introduce a variety of variables into racing. For example, pretty much the entire field stopped for goggles in the first moto. THAT NEVER HAPPENS. What is this, NASCAR?

Justin Barcia, who went down on the first lap and had to charge through the field during the first timed lap, was the only rider under a ten-second difference. He was just 1.4 seconds off his first and final lap.

[Note: We used the top ten finishing order from each moto.]

The track changed a ton between the first and second motos. It was very one-lined and sticky in moto two, so it's easy to see the differences between first and last laps. In moto two, six of the top ten had faster last laps than first laps. Again, a lot of variables are in play, but it does show you how much a track can change in just a few hours.