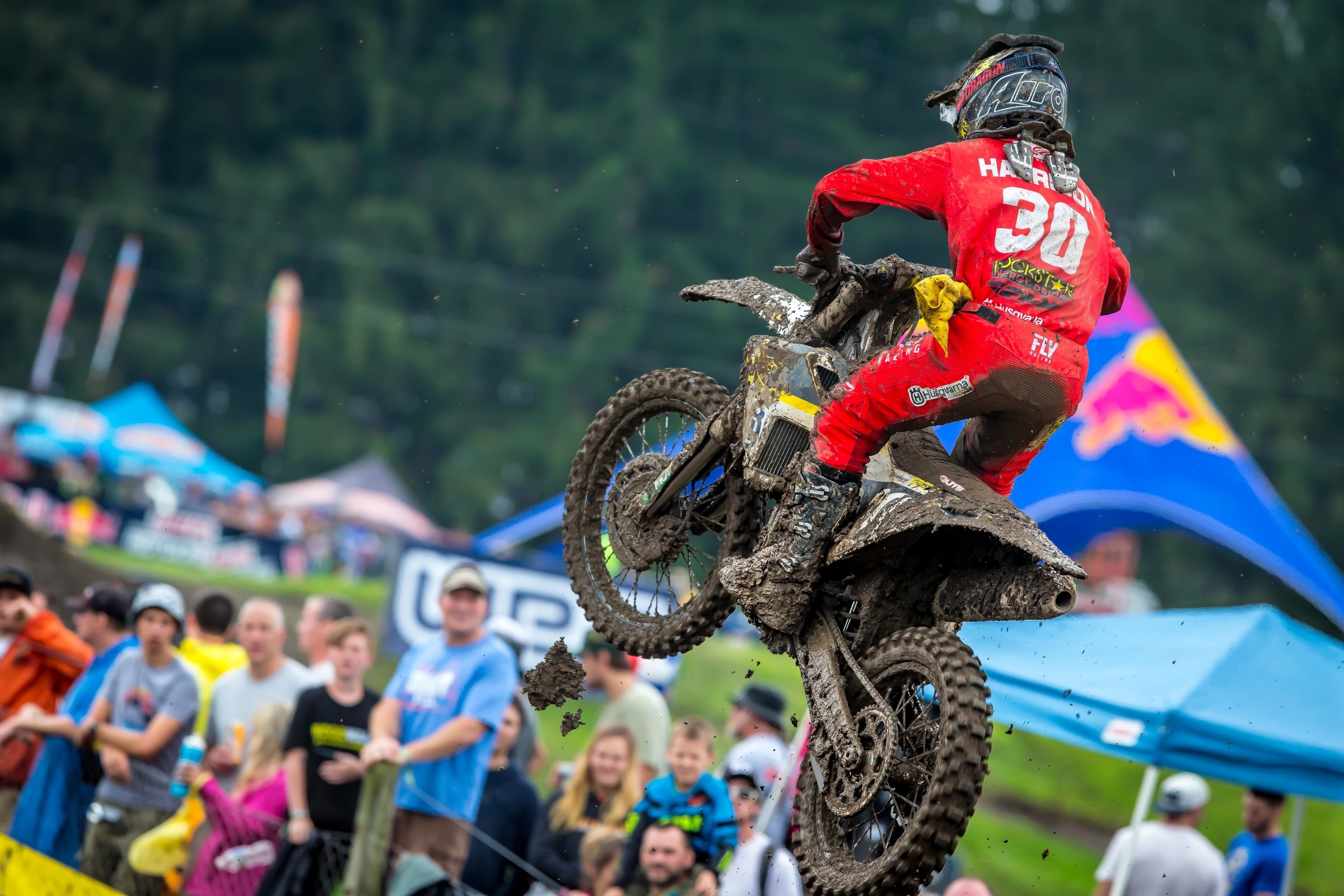 Uncertainty with a chance of upsets—that’s what was in the moto forecast last weekend at Unadilla after the skies opened up and soaked the track, resulting a mixture of mud, mystery, and a somewhat rearranged playing field. Several riders took advantage, too, especially in the 250 Class, where Mitchell Harrison, Cameron McAdoo, and Michael Mosiman all used the nonstandard conditions to show off their ability to lead laps. We spoke with each of them this week about what it was like.

1. What was going through your head while you were leading? What was it like?

Cameron McAdoo: It was awesome to finally get out front, lead laps, and finish in the top five, which is where I feel I belong. I’m looking forward to more of it in the next two rounds.

Mitchell Harrison: I was thinking about just having fun and riding to my best capabilities. I never felt out of control or flustered with Aaron Plessinger and Dylan Ferrandis right on me; I believed I was going to win the moto. Unfortunately, due to a lapper I went down, but that’s the best I’ve felt leading. I was very comfortable.

Racer X (to Harrison): What were you thinking when you tangled with the lapper?
Harrison: I was like, “C’mon, really?” And I got back up as fast as I could.

Michael Mosiman: Honestly, it was really weird. I thought I was going really slow and was surprised I actually had a gap at one point. I was pretty relaxed. After a few mistakes on the first lap, I needed to check myself and settle in. I was thinking about how my friend Tanner had called Ferrandis for the win, and then there I was leading with a chance to win it! And then he ended up being right.

Racer X (to Mosiman): You were thinking about all that?
Mosiman: Yeah, bro! It’s a mud race, I got time!

2. Were you consciously doing anything to keep yourself calm?

McAdoo: No. I actually felt pretty good, like I belonged. I just knew not to think about leading and to just think like it was another moto during the week.

Harrison: I knew fourth got me a podium, but I didn’t want to think like that; it’s kind of conservative. So instead, I focused on trying to catch Joey [Savatgy], which kept me focused on riding to the best of my abilities. Riding conservative in the mud can go bad fast. But it was a fun battle for a while up front and I was enjoying myself. The crowd was getting wild!

Mosiman: I wouldn’t say I was doing anything abnormal to stay calm. I practice staying calm during the week when I ride, and I seek a particular mind state of patience and flow, so it wasn’t any different being out front. Even when I led the heat in Vegas for a few laps, it was actually much easier for me to stay calm than being in the pack.

3. If you could go back and do it again, would you change anything?

McAdoo: Whenever I watch the race afterward, I’m always a bit critical of myself. But if I were to go back, I would have found some good lines sooner, and I feel like that would have made the difference in being able to stay out front longer. But it’s a learning process and that’s the first time I’ve been able to run up front, so we’ll get it.

Harrison: I could have changed a couple of lines that could have maybe given me a more comfortable gap, but other than that, nothing. It was a good race.

Mosiman: I would have been more cautious about cutting across the track to get to the “good line” on the jump face where I crashed. It sounds like a dumb thing to change, but in the words of Grant Langston, “It was all going good until it wasn’t.”