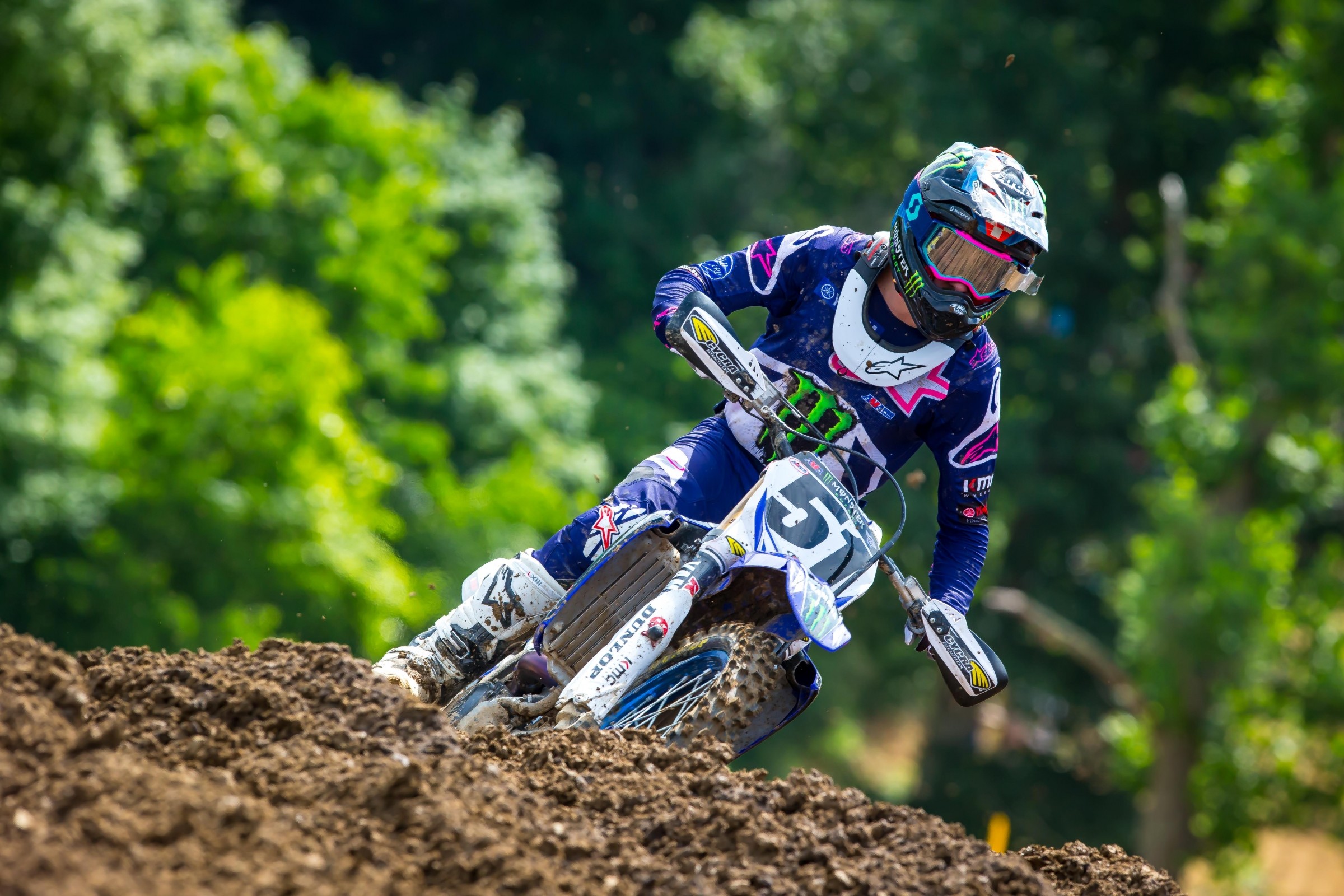 We’ve seen Justin Barcia seemingly flip a switch in the past, find his groove, and start putting in some fantastic rides, and so far it looks like it’s happening again this season. In four rounds he’s led laps (seven), has two overall podiums, and sits third in points. That’s much better than 2017, when he didn’t even get a single overall podium all year and was in tenth after the first three rounds (he didn’t race round four last season). He hasn’t found himself in a position to challenge for a win at the end of any motos yet, but if his solid streak continues, you never know what could happen at Muddy Creek. —Aaron Hansel

All talk of a perfect season for Eli Tomac ended last week, when Marvin Musquin ended Tomac’s streak of perfection by taking the checkers in the first moto. Musquin did his best to end Tomac’s streak of overall wins, too, by staging an incredible battle in the second moto, but in the end, Tomac took his fourth overall win in as many rounds, keeping the talk of a perfect overall season alive and well. Will it continue, or will someone put the bench racing baloney to rest for good this weekend? —Hansel

Who knew that to dramatically improve Justin Hill’s results, all you had to do was toss him on a 450? Yeah, we know he’s good on the big bikes, but c’mon, did you really think a guy whose average moto finish was 14.2 and didn’t even have any top-tens this season could jump on a 450 and all of a sudden throw it in the top five? If you answered yes to that question, you’re either lying or your last name is Hill. Either way it was unexpected, but after a performance like that, we’ll be watching Hill more closely at Muddy Creek. —Hansel

As long as we’re talking about exceptional performances, we might as well talk about Dylan Ferrandis. In the grand scheme of things, his 8-3 for fourth isn’t surprising—Ferrandis is a top-shelf talent who is expected to run up front and challenge for wins. But when you consider it was his first race back since badly breaking his arm in Atlanta, this result suddenly starts looking pretty impressive. And let’s not forget he’d been dealing with a broken wrist suffered at Budds Creek before that! After the race, Ferrandis said he’d maybe been a bit “too shy” in the first moto. We’ll see if he’s more outgoing at Muddy Creek. —Hansel

Just when it was starting to look like Jeremy Martin was on his way to his second overall win of the season, his bike quit, leaving him helpless on the side of the track while Aaron Plessinger roosted away with a perfect 1-1 victory. While Martin was likely seething inside, he managed to give a very professional television interview, pointing out how much racing was left and that he’d just “have to come back and dominate the rest of the rounds.” There are only a few riders who could make you believe those words, and Martin is one of them. We’ll see if the competition has anything to add this weekend. —Hansel

Out since March after breaking his humerus for a second time in less than a year, Monster Energy/Yamalube/Star Racing Yamaha’s Colt Nichols will return this weekend at Muddy Creek. Nichols has a propensity to come back from injury and return to form quickly. When he broke his upper arm the first time in December, he finished on the podium two months later at the 250SX East Region opener. No, we’re not saying he’ll podium this weekend, but don’t be shocked to see Nichols put in a top-ten performance. —Chase Stallo

Jimmy D Is Back

The Rippah will return to racing this weekend for Autotrader/Yoshimura Suzuki. Decotis has been out since Daytona Supercross, when he fractured his L2 and L3 vertebrae and broke some ribs in a crash. When we spoke to Jimmy a few weeks ago, he said his biggest weakness right now is the heat. “You just get so fatigued and so hot,” he said. “My back does give out a little bit. Southwick will be the hardest on my back because you have to stand up so much; our track here [JGR test track in North Carolina] is kinda rutted, so you have to sit down a lot. Mainly, it’s the heat. If it weren’t hot and humid, I think I could crush it the whole moto.” Let’s see how Jimmy does in his return. —Stallo

The Australian has been out since sustaining a shoulder injury at Hangtown. After missing the last three nationals, CycleTrader.com/Rock River Yamaha will get Hayden Mellross back this weekend. “Ready or not here we come... beyond excited to get back racing again this weekend for @cycletraderrockriver,” he wrote on Instagram. If he’s 100 percent, Mellross could be a sneaky fantasy pick. The smart play, though, would be to wait a week. —Stallo

Former GEICO Honda and Yoshimura Factory Suzuki rider Matt Bisceglia will be back in action this weekend. Bisceglia spent Monster Energy Supercross with the supercross-only LVN 100/Nut Up Suzuki squad and was left without a ride for Lucas Oil Pro Motocross. He found support with the Ti-Lube Honda team and will make his debut in the 450 Class this weekend. In 2017, Bisceglia missed the first seven rounds but scored five top-ten moto finishes to end the year. We’ll see how he does this weekend. —Stallo

All week, the talk was of thunderstorms and—no pun intended—a muddy Muddy Creek. Well, we may get lucky. As of Friday morning, there is only a 40 percent chance of rain on Friday and Saturday. Yes, that could all change and Muddy Creek could live up to its name, but for now, it looks like we’ll avoid the first mudder of the year. —Stallo