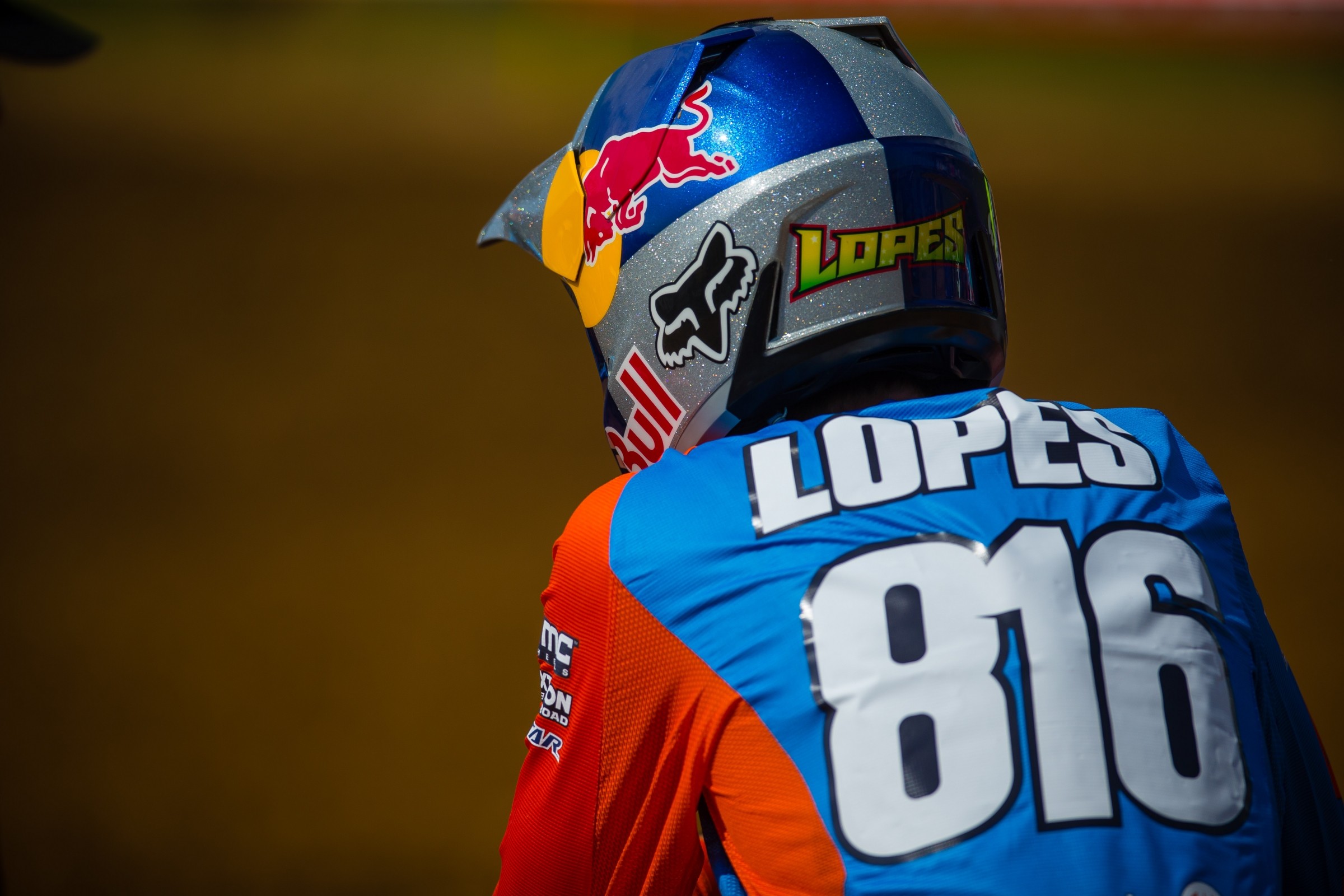 Comment: Anderson underwent surgery to repair a compound foot fracture sustained at Glen Helen. He hopes to be back for Unadilla.

Comment: Justin Bogle is back riding and hopes to be back sometime around RedBud.

Comment: Chisholm hurt his knee at High Point and will miss Muddy Creek. At time of posting, the results of an MRI were still unclear and Chisholm is awaiting a second opinion.

Comment: Craig had surgery early in June to repair a torn ACL sustained in a crash at Glen Helen. He hopes to be back on the bike in October.

Comment: Grant is scheduled to start riding again next week after undergoing a second surgery on his leg. At this point, there isn’t a timetable on his return.

Comment: Mosiman will miss the rest of the season after dislocating his shoulder at Glen Helen.

Comment: Peick has been dealing with torn tendons in his fingers for most of the year. The injury took place early during supercross, but Peick has somehow managed to quietly continue slamming his way over every jump, bump, and rut he comes across. Hey, Peick’s gonna Peick!

Comment: Seely suffered a broken pelvis and fractured L3 and L4 vertebrae during supercross. He’s working on strength training and hopes to be back on the bike in September.

Comment: Tedder had surgery on his wrist to repair a nagging injury that was reducing grip strength. He might be back for a few races at the end of the season.

Comment: Webb is back on the bike and is expected back at some point this season after fracturing his leg in Minneapolis, but it won’t be this weekend.

Comment: Wilson has had surgery and is currently in the recovery process after tearing his ACL before the season opener.

Comment: Alix will miss Muddy Creek with an undisclosed injury suffered at Glen Helen. He hopes to be back for Southwick.

Comment: Cianciarulo is out for the season after having surgery to fix a torn ACL he’d been dealing with for quite a while.

JIMMY DECOTIS — BACK, RIBS | IN

Comment: Decotis will make his return to racing this weekend at Muddy Creek.

Comment: Lopes cracked his collarbone at High Point, but he is eyeing a return at RedBud. The team says they’ll evaluate him on a week-to-week basis.

Comment: Marchbanks strained his MCL at High Point and will miss Muddy Creek. He hopes to be back for Southwick.

Sad to say I won’t be lining up this weekend for Muddy Creek. As many of you already know, I went down hard at high point. I suffered a strained MCL in my left knee. Me and my team are doing everything we can to be back 100% for Southwick. Thank you for all your thoughts and concerns. Also, thanks to my team for their patience and understanding. @racekawasaki @pcraceteam @monsterenergy @foxmoto @scottmotosports @officialleatt @bell_powersports @hinsonracing @maximausa @ridedunlop @sobmx @bobbyd_908 @codygerhard @kd_wrench

Comment: Mellross will be back in action at Muddy Creek after fracturing his scapula at Hangtown.

Comment: Nichols, who always seems to heal faster than Wolverine, is making his return to racing this weekend at Muddy Creek. He was previously sidelined with a broken humerus.

Comment: Oldenburg tore his MCL and ACL while practicing. There is no timetable on his return.

Comment: Osborne is out for the rest of the season due to a torn labrum sustained at Thunder Valley. He’s undergone surgery and is in the recovery process.