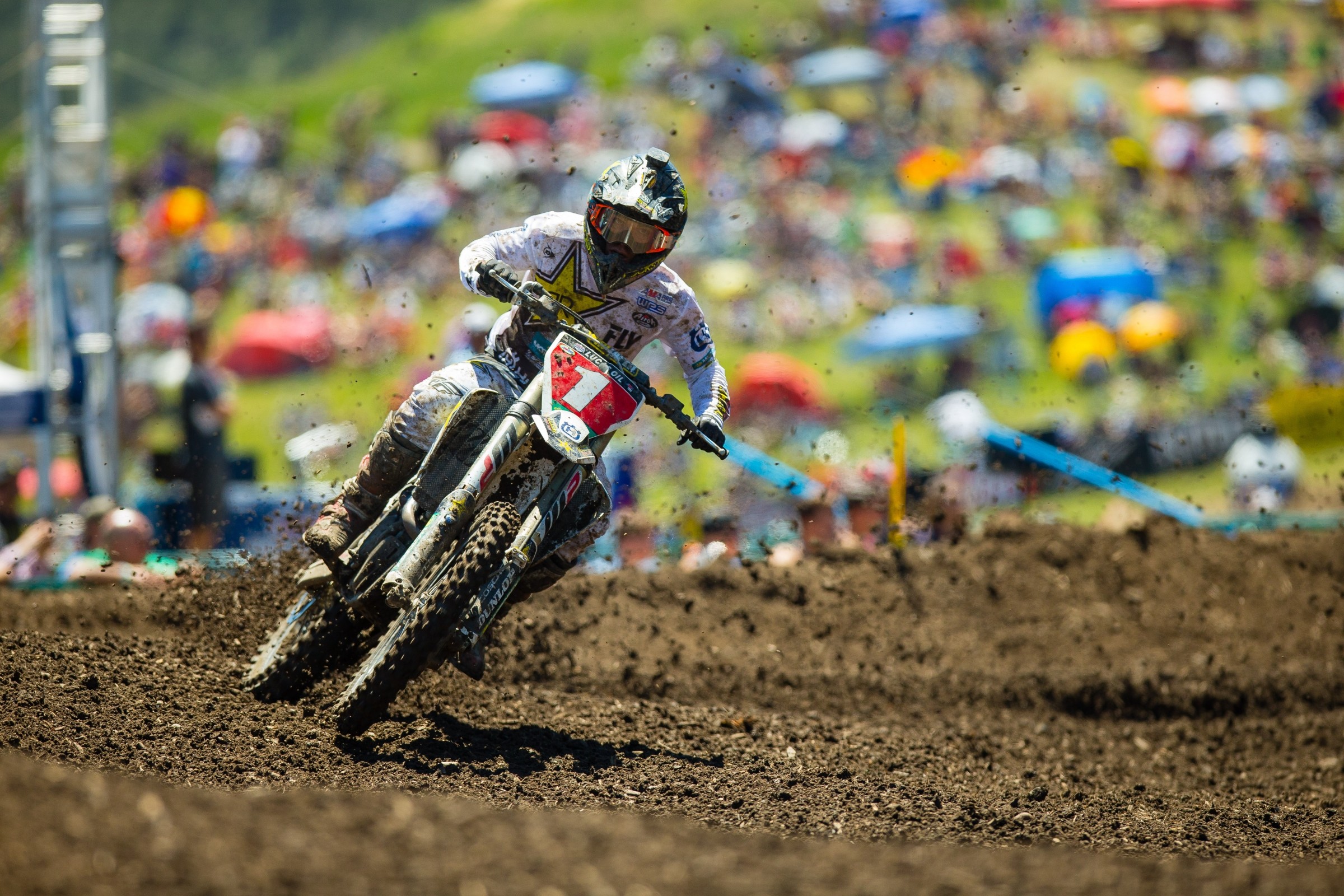 Last summer, it appeared Rockstar Energy Racing Husqvarna’s Zach Osborne could do no wrong, as he avoided injuries, mechanical troubles, and bad luck en route to a massive points lead and an AMA 250 National Motocross Championship. The racing luck has turned south this time. He suffered a relatively minor thumb injury on Tuesday after Hangtown, but reduced grip strength has led to crashes, which further aggravates the injury, which leads to more crashes.... Then a big first-turn crash in Thunder Valley’s second moto damaged his shoulder and cost him a ton of points.

Osborne finished 11th overall at Thunder Valley with 5-20 scores. It’s his first finish out of the top ten since the 2016 series finale.

He talked to our Steve Matthes post-race in Colorado. Sounds like the injuries are enough to send him into the doctor for some serious checks this week.

Racer X: First turn, that was gnarly, dude. I need to see it again, but it happened right in front of me. It looked like Joey [Savatgy] kind of came over on everybody. Your shoulder came out. You came back and got a point. That’s pretty gnarly. Congrats on that, I guess.
Zach Osborne: Thanks. It was a tough one. I came into the first turn and I was not in the first row, so I was still kind of just following what everybody else was doing and I got hit from behind from the outside, and it lifted my arm up kind of under my armpit and my shoulder—I just felt it clunk out. I got it back in pretty quick, but it took me a minute to kind of wrap my head around it all and get my bike straightened up and get going. I got a point. It may be the point that decides something. You never know. It was better than coming back to the truck and wondering what could have been.

A crash in practice that held you back, also. I talked to somebody who saw this. Said it was a pretty good one. You already got your thumb hurt. Crashed in practice. Not a great day.
No. It’s been tough because my thumb changes my grip so much that any time I really commit to going fast, it ends up not good. I had another crash this week. My thumb has to get better before I do something else. Now I’ve got the shoulder, and I’m going to get it checked out this week and just make sure that we don’t need to take any action or whatever. If that’s the case, then start plugging away to claw back some points.

So the first moto, it was more the thumb than anything that was kind of affecting you later?
First moto, I had arm pump because I was trying to hold on in different ways and whatnot. That’s just kind of part of it. I was using my legs all I could and kind of finger-gripping the rest of the time, I guess. I got a little bit of arm pump and lost two spots there on the last lap, which was super disappointing. It’s just been a tough run here. I’ve won three straight titles that have been pretty blemish-less in terms of injury and whatnot, so it’s just something that I have to deal with and fight through.

If there’s one bright side to it, there’s a week off. So that’s going to help.
Yeah, definitely a week off is playing in my favor right now. Hopefully there’s nothing major wrong with my shoulder and I can carry on. I don’t want it to be anything that carries into next year. I want to have a really strong showing on the 450, so we’ll make that decision this week. If I’m in, I’m all in. If it’s not too bad, then we’ll be there.