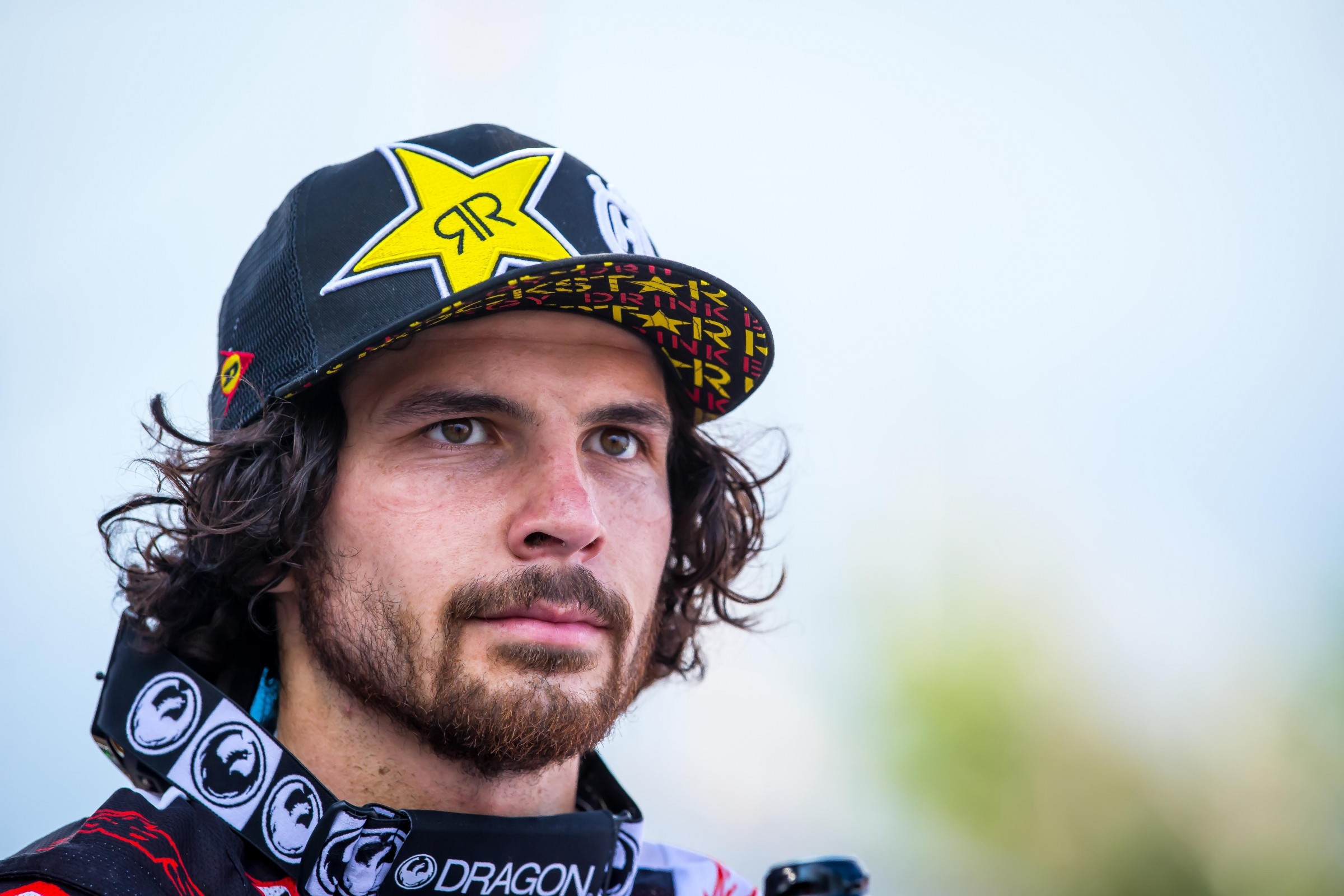 Comment: Anderson was injured during a practice session on Thursday at Glen Helen. He wrote on his Instagram story that he sustained a compound fracture to his foot. He is out for Thunder Valley, but did say he wants to return to racing this year.

[Update: The team announced Friday that Anderson has undergone surgery and hopes to return at Unadilla.]

Comment: Justin Bogle is back riding, but at the moment there is no timetable on his return. He’ll travel to the team headquarters next week for testing.

Comment: Craig went down while leading at Glen Helen and tore his ACL. He’s out for the season.

As most of you know I crashed while leading the first moto yesterday. When I got up and tried to walk I felt a pop in my knee and knew right away what that meant. It was so hard to sit there and know my season was over. It was confirmed today after an mri and visit to @ocsportsdoc that I tore my acl and will need surgery. I can sit here and ask why me but instead I’m going to take this time off the bike to get better mentally and come back stronger and ready to fight for a championship. Thank you to everyone that has reached out and checked on me. Also huge thanks to the whole @honda_powersports_us team for the opportunity this year!

Comment: Cunningham went down hard during the second moto at Glen Helen and hit his head. Fortunately, a CT scan came back with no signs of trauma. Cunningham has been dealing with a sore back and tailbone due to crashes that happened during supercross, and he has made the decision to sit this weekend out in an effort to come back healthy.

Comment: Enticknap broke his collarbone in Minneapolis. He plans on being back for Washougal.

Comment: Grant underwent another surgery on his leg recently and is currently recovering. He’s out for Thunder Valley.

Comment: Mosiman dislocated his shoulder last weekend during qualifying at Glen Helen. He's unsure when he'll be back, but he'll miss Thunder Valley for sure.

Comment: There is no return date for Seely, who is out with a fractured sacrum and pelvis suffered in Tampa.

Comment: Tedder underwent surgery to repair a nagging injury sustained during his amateur years that had reduced his grip strength. He may be back for a few races at the end of the season.

Comment: Webb is out with a fractured leg suffered in Minneapolis. Alex Ray filled in for him at Glen Helen and will race through High Point. At that time, it will be on a week-by-week basis until Webb is able to return.

Comment: Wilson will be out for a while after tearing his ACL before the season. He’s undergone surgery and is currently in the recovery process.

Comment: Alix posted on Instagram that he was hurt in a crash at Glen Helen and wouldn't be lining up for Thunder Valley, but not much is known about the extent of his injuries at this time.

Comment: Decotis is back on the bike and hopes to be racing again at Muddy Creek.

Comment: Ferrandis is back riding after a bad crash in Atlanta left him with a broken arm. On Instagram he stated he hoped to be back for round three or four, but as of yet, a decision has not been made for Thunder Valley. When we checked with the team, we were told he was taking it “day by day."

[Update: Ferrandis said he will return at High Point.]

Comment: Harrison crashed before Hangtown while practicing and suffered a minor AC separation. He’d hoped to be ready for Thunder Valley, but now plans on getting back to it at High Point.

Comment: GEICO Honda hopes McAdoo will be back for High Point after breaking his shoulder blade while practicing.

Comment: Mellross is out for Thunder Valley after crashing at Hangtown and fracturing his scapula.

Comment: Nichols is back riding after being sidelined with a broken humerus. He hopes to be back by round five or six.

Comment: Peters tore his ACL in Minneapolis when he went down on a patch of ice outside the stadium. He had surgery and is out for the Nationals.