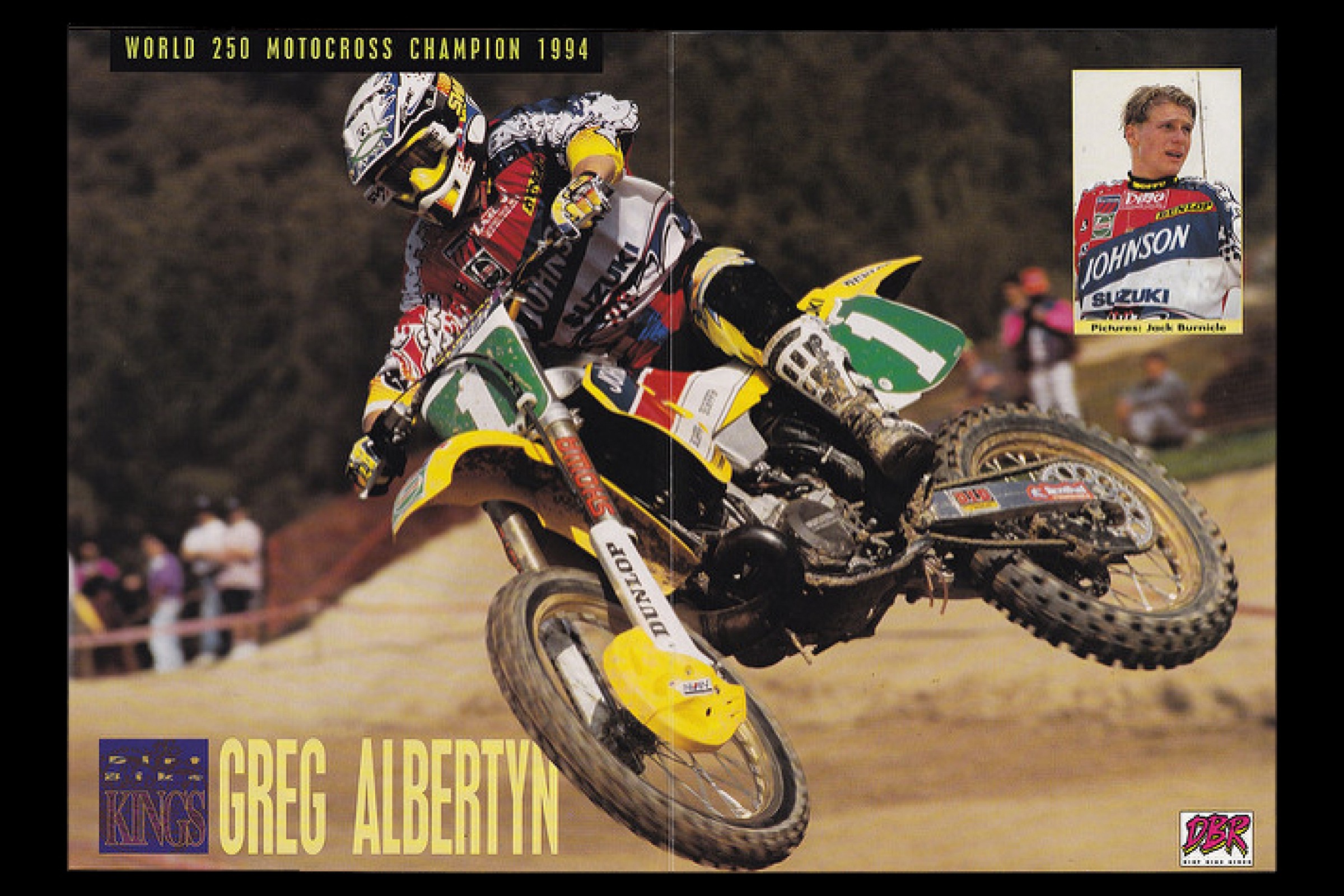 On This Day in Moto May 8

Frenchman Jacky Vimond and Belgium's Eric Geboers split moto wins at the FIM 500cc Grand Prix of Sweden, with the Yamaha-mounted Vimond getting the nod for the overall win with his 1-3 scores to Geboers' 4-1. But it was the beginning of a six-foot winning tear for Geboers that would catapult him to the top of the 500cc world rankings. Geboers, who passed away earlier this week in a boating accident, was already an FIM 125cc and 250cc Motocross World Champion and would ultimately add this 500cc crown to his collection, making him the first rider to collect all three world titles.

The second AMA Pro Motocross National took place at DeSoto Cycle Ranch outside of Memphis, Tennessee, on May 7, 1972 (yes, yesterday—with the news of the tragic passing of Eric Geboers, this was lost in the shuffle, but we wanted to make sure to mention it). The winners of the second round were the same as the first: Barry Higgins in the 500 Class, Sonny DeFeo in the 250s. Both were riding CZ motorcycles.

But it deserves mention that a lot of the top riders weren't there, electing instead to compete in the new Evel Knievel Snake River Motocross, which was held at the proposed site of his big Snake River Canyon Jump—that much-delayed, much-debated act of daredevilry. Even though Knievel wouldn't actually attempt the jump until two-and-a-half years later, he was already promoting the project by hosting a $25,000 motocross race, organized by CMC boss Stu Peters. The top names in the West not yet committed to the new National series—Brad Lackey, Gary Jones, Jimmy Weinert, Greg Robertson—all raced, with Weinert winning the 250 class, Jones the 500 class, and Robertson over Lackey on "identical CZs" in the 125 class.

This was Victory Day for disappeared Eastern Bloc nations like the Soviet Union and Czechoslovakia as they celebrated the end of Nazi Germany on May 8, 1945. It could also be argued that it was the true birth of what became supercross, because as part of the festivities in Prague, they used to hold a Victory Day motorcycle race inside of Strahov Stadium that looked exactly how the first Daytona "stadium motocross" races would look beginning 15 years later.

Don't believe us? Check out the two videos below, sourced from 1958 and 1962, by our friend Reese95w on Vital MX and featured in Racer X Illustrated several years ago:

The late Georges Jobe won the FIM 250cc Grand Prix of Markelo, Holland, sweeping both motos aboard his works Suzuki, and allowing him to continue to gap defending 250cc Motocross World Champion Danny LaPorte, who finished fourth. All told, Jobe would win the first four GPs in a row, and with the Italian round canceled, the Belgian would enter the summer with a sizable points lead.