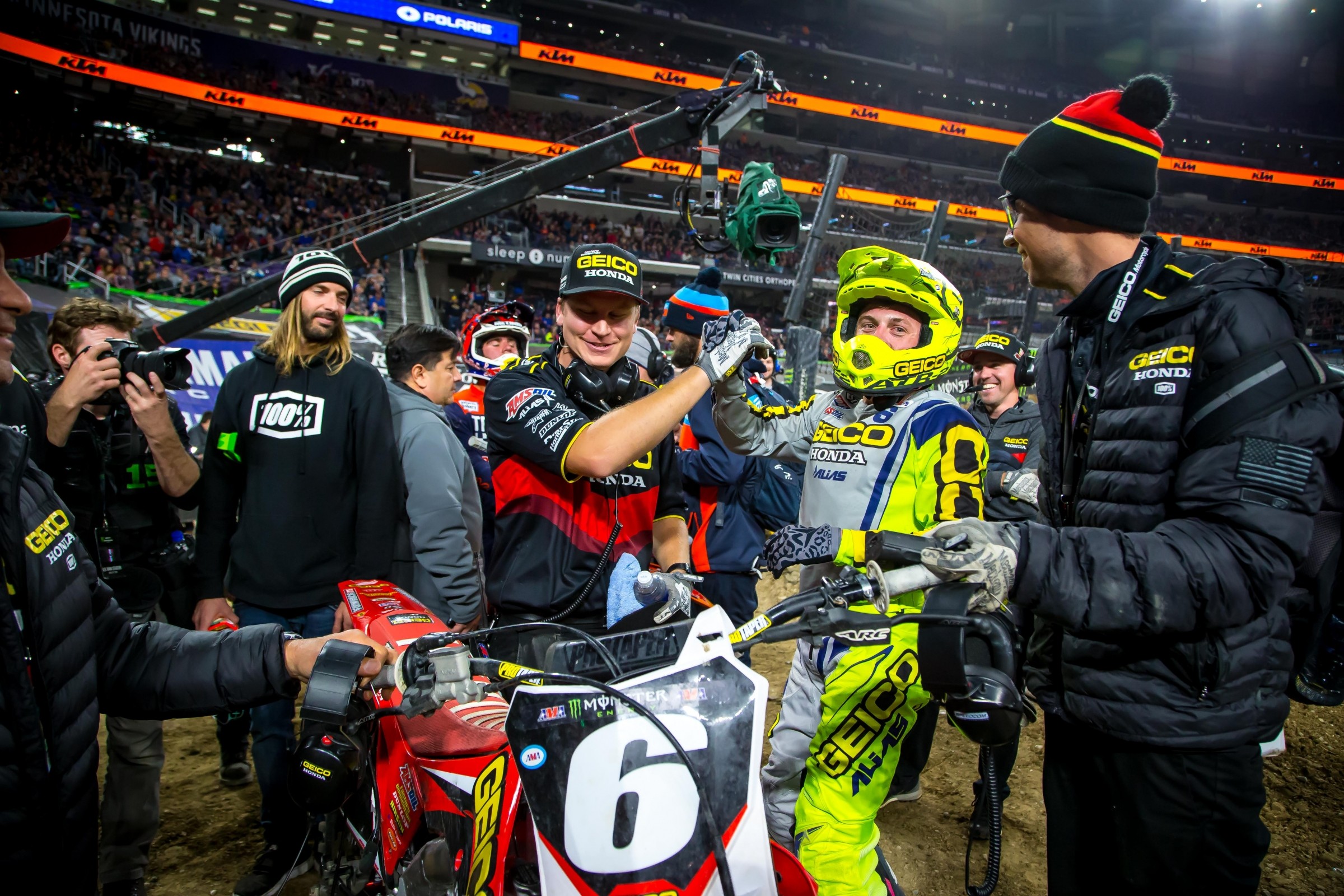 Last week we looked at who has the most premier class wins in AMA Supercross without a title. Well, when you look at that list, remember that it’s already changed. With his victory in Minneapolis, Eli Tomac collected his 20th career win and moved out of a tie with Damon Bradshaw.

This week, we’re taking a look at which rider has the most 250SX/Lites/125SX wins without a title.

After winning the 2011 250 Lucas Oil Pro Motocross Championship, Dean was favored time and time again to notch a supercross crown, but usually crashed too many times for that to happen. In 2012, he got into a big battle for the title with Eli Tomac and some aggressive riding left Dean on the ground with a busted shoulder In 2013, Dean battled Wil Hahn for the points lead early before crashing out for the season. In 2014, he was too inconsistent to topple Jason Anderson and Cole Seely for the title—but he did win the final 250SX race of his career, in Las Vegas.

Oh, Hanny. Talent and speed to burn, but he indeed burned it at times (we stole that line from Davey Coombs). Josh finally had everything dialed in at the start of the 2011 season with Monster Energy/Pro Circuit Kawasaki and won three races early in the season. Then he went over the bars in the Anaheim whoops, broke his hand, and couldn't recover. His teammate Broc Tickle grabbed the title.

Double A-ron is looking to get off this list by notching the 2018 250SX West Region Championship. He holds a 17-point lead with two races to go.

Fro had to deal with an emerging Jeremy McGrath in 1991. Jeremy actually broke his leg late in the season, but toughed out enough points to hold Emig at bay by three points. Then Emig got booted to the 250 class for '92, which was probably a year early.

J-Mart scored four wins through 2014, 2015, and 2016 with Star Racing Yamaha. While Jeremy's two 250 Lucas Oil Pro Motocross Championship titles and zero SX titles would indicate he's just faster outdoors than indoors, oddly, it's consistency that has been his bigger obstacle in supercross. He's had plenty of nights where he went fast but had too many bad finishes to notch a title. With back-to-back wins, he still has a shot this year, but currently sits 16 points behind 250SX East leader Zach Osborne.

In 2014, AC blew minds by going 1-2-1-2-1 in the first five races of his supercross career. Then came the injuries. He finally got back to the center of the box last year at Daytona and followed that with a win at the Vegas finale. He's 17 points back of Plessinger right now in 250SX West.

Seely rose from obscurity to contention with the Troy Lee Designs team. He was in the fight for the crown with Anderson in 2014 but ended up second in the standings by five points.

In case you were wondering, below is the all-time 250SX/Lites/125SX wins list.