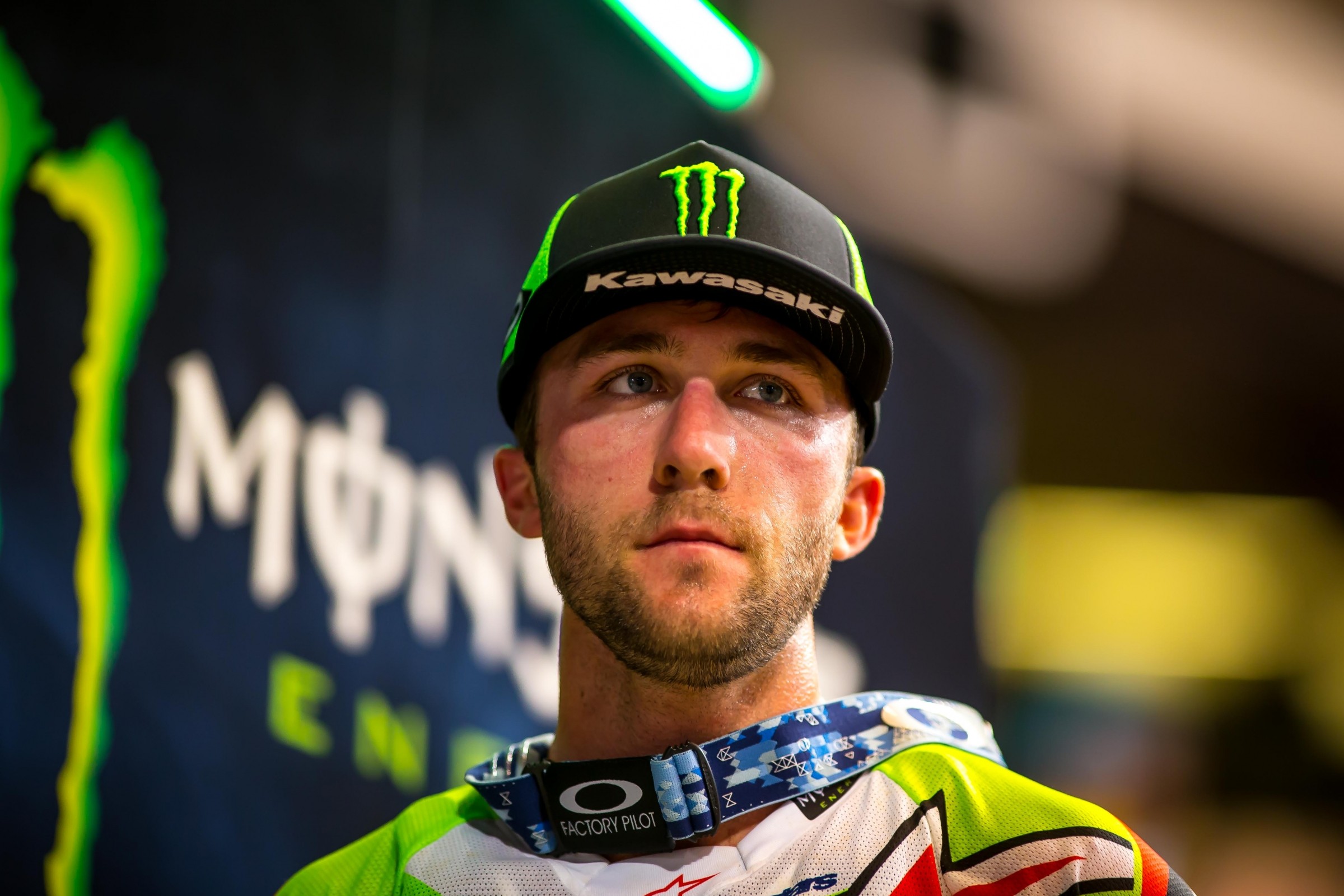 On Saturday night, with his come-from-behind win in treacherous conditions in Seattle, Eli Tomac claimed the 19th win of his SX career, tying him with Damon Bradshaw for tenth most all-time. That means he and Bradshaw are now tied with the most all-time wins of a rider who has not won a supercross title. From last year, Tomac is also tied with Bradshaw for the record of most wins in a season (nine) without winning the title.

Just shy of five full seasons in 450SX, Tomac has already garnered 19 wins and can pass Jeff Ward for ninth all-time with two more wins this year. Unfortunately for Tomac, he’s yet to lock down a SX championship.

For The List this week, we decided to look back at the riders with the most victories without winning a 250/450 championship.

The “Beast From the East” racked up 19 wins during his short career. His failure to secure a premiere-class title and reach his expected heights will live in bench-racing lore forever. Bradshaw was winning races in the premiere class at age 17! Incredibly, all of Bradshaw’s wins came in just four seasons (nine of which he secured during the 1992 season). Bradshaw did win the 1989 125SX East Region Championship, but finished runner-up twice in the premiere class, including back-to-back seasons in 1991 and ’92. That ’92 season stung to the core—he needed third or better to clinch the title in the final round but faded back to fifth, and Jeff Stanton won the race to steal the crown in dramatic fashion. Bradshaw was never the same after that and would actually retire after the 1993 season. He made a comeback, but never won another supercross race.

With his win last weekend in Seattle, Tomac now finds himself tied with Bradshaw for tenth most all-time. With nine wins last year, Tomac is also tied with Bradshaw for most wins in a season without winning a title. If Tomac can win twice more this year, he’ll move past Jeff Ward for ninth all-time. His six wins this year lead the series, and if he can win three more in the final four races, he could tie his nine-win mark from 2017. As for the championships, Tomac came thisclose to toppling Ryan Dungey last year, but finished five points back. This year, Tomac hurt his shoulder while leading the opening round at Anaheim. That set him too far back in points to really get into title contention.

If not for some guys named McGrath, Stewart, Carmichael and Reed (who are, by the way, first through fourth in all-time supercross wins), K-Dub probably would have locked down a title or two. He finished runner-up three times in his career, but he did win two 125SX West Region championships.

Lusk hit his prime facing the brick wall that was Jeremy McGrath in supercross, but he no doubt had the speed to get it done. Yogi got his first career win on a Yamaha in 1997, and was blazing fast on a Honda in 1998 and 1999 when he finished runner-up twice to McGrath. However, he did win the 1994 125SX East Region championship. Yogi could go as fast as Jeremy, but never quite had the consistency to get the number-one plate.

If not for missing the better part of the last two seasons due to injury, Roczen could be higher up on this list.

It’s a dagger to put Glover on this list, because his pursuit for the 1985 title featured a controversial finish to the finale in Pasadena, California. Jeff Ward won the title by two points, but Yamaha (Glover’s team) felt like Ward should have been DQed from the final race because he got up from a crash and rode backwards on the track. Ward did not get DQed, and thus scored the points needed to win the title over Glover.

The Ironman of SX, LaRocco finished runner-up in 1994 and third overall on four different occasions. Until this year, he held the record for most career starts (broken by Chad Reed) and oldest to win an SX main event (broken by Justin Brayton).

Dogger was as talented as they come, and on the right night could beat anyone. You just never knew when that night was going to come!

DV was tasked with trying to take down McGrath, Carmichael, Reed, and more, and finished runner-up twice in his career. His best chance at a title came in 2002, when he led the points halfway through season, but he broke his collarbone while doing a cover shoot for Transworld Motocross. The Frenchman can boast that he beat both McGrath and Carmichael in straight-up battles for wins, though, something few can say.

Canard was in title contention in 2011 and 2015, but injuries derailed him in both of those seasons. Howerton found most of his success outdoors (three AMA National Motocross Championships), but was in the hunt for indoor wins in the early 1980s. Millsaps, who retired this season, finished second overall in the standings twice, in 2012 and 2013. During the ’13 campaign, he led the standings for the majority of the season before Ryan Villopoto put together a second-half surge.