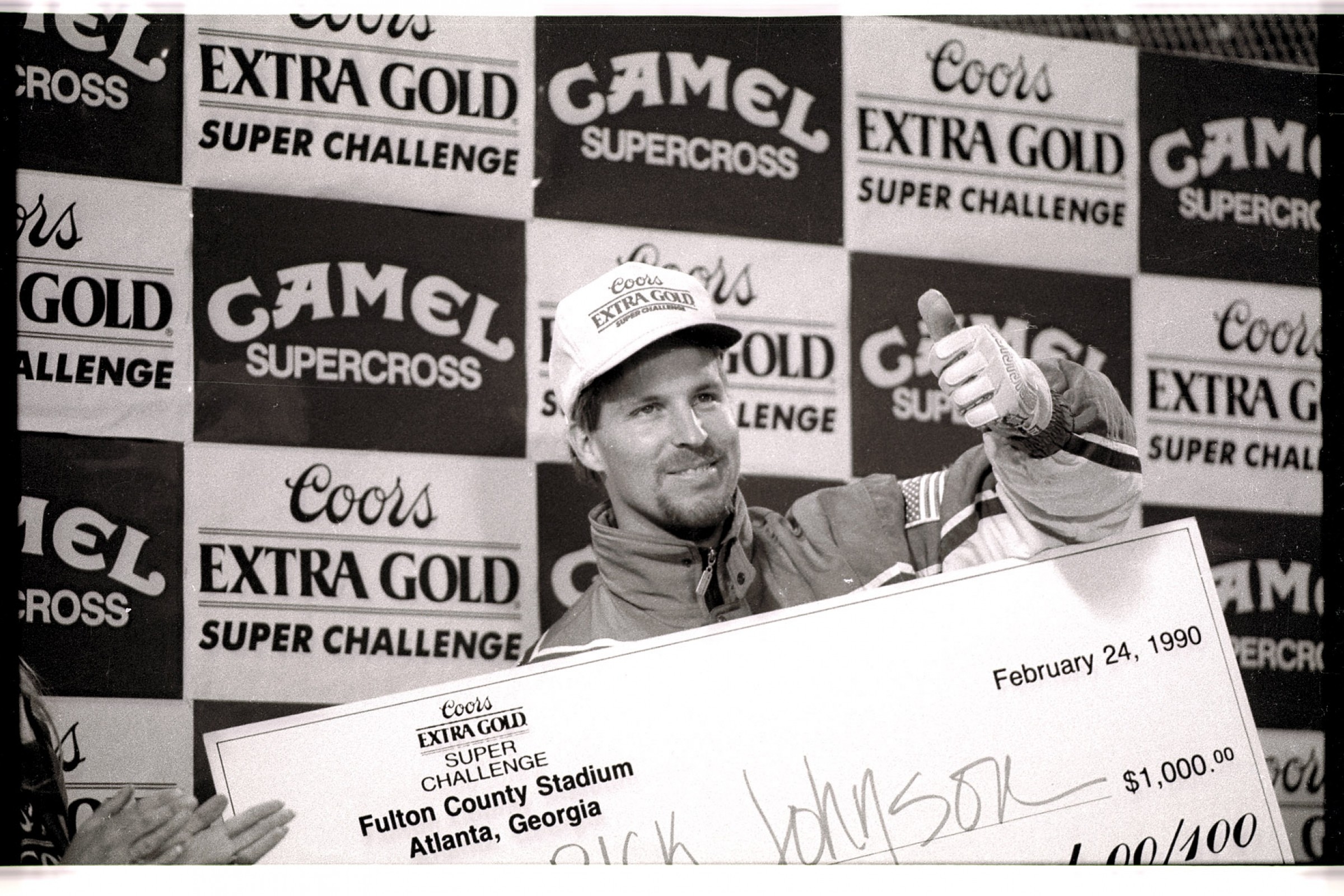 We’re celebrating the legendary 1990 Battle of Atlanta here on Racer X Online, and that means interviews with the podium riders from the premiere class that night (just like we do every week after a modern round of Monster Energy Supercross). Steve Matthes rang up Jeff Ward and Guy Cooper—who went 1-2 in the race—earlier, and Jason Weigandt recorded this week’s Racer X Exhaust Podcast, presented by Yoshimura, with Rick Johnson, who finished third.

Atlanta was pivotal for Johnson, who, while dominating the sport one year earlier, was landed on at the Gatorback National and broke his wrist. He would never fully recover, but by Atlanta 1990, 51 weeks after the injury, he had almost figured out how to win, anyway.