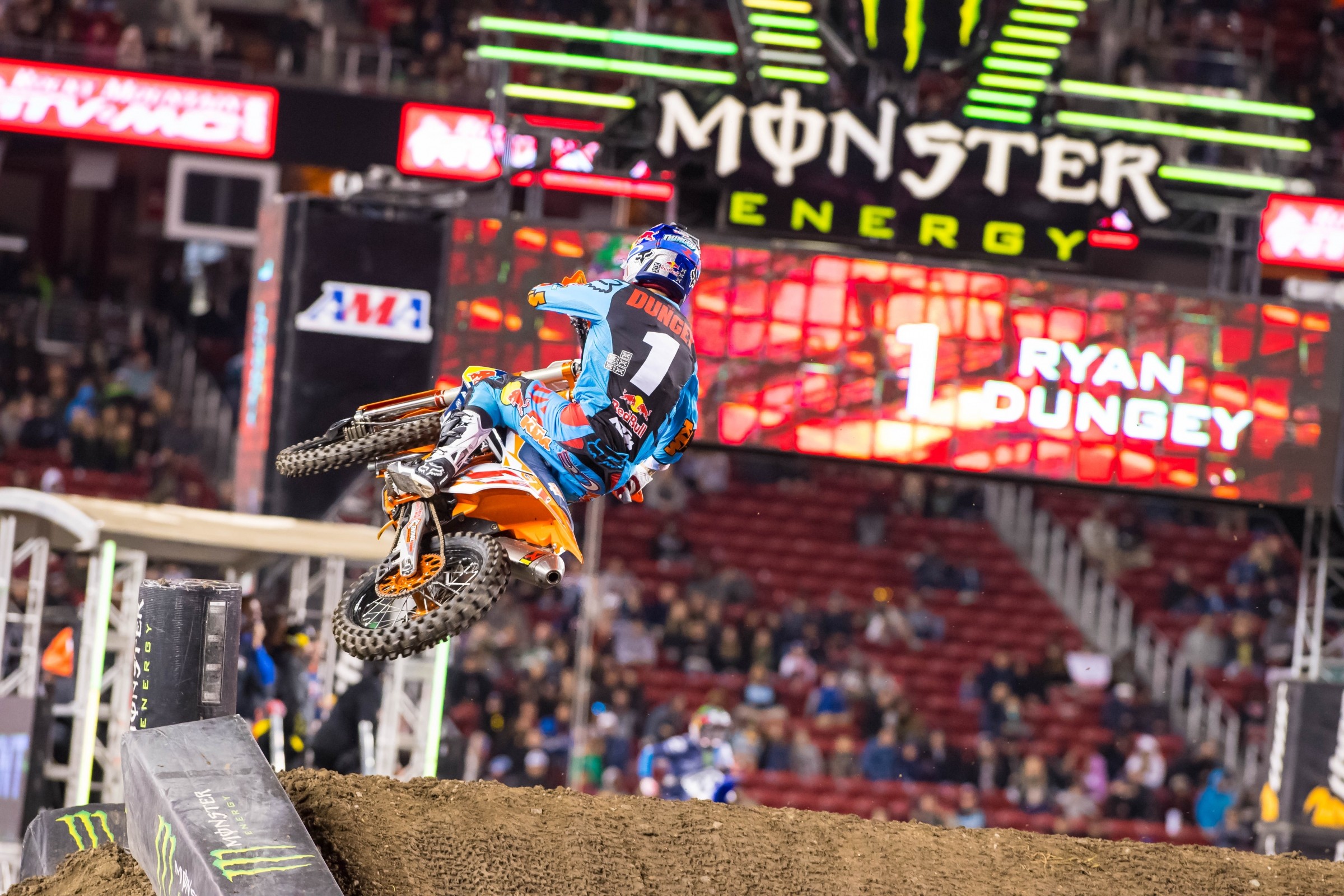 On This Day in Moto April 2

The first night of the Pontiac Supercross goes off at the then-state-of-the-art Silverdome. Bob "Hurricane" Hannah took the win aboard his Yamaha ahead of Suzuki's Tony DiStefano and Team Honda's Jim Pomeroy. Husqvarna's Kent Howerton was fourth, while Honda's Marty Smith, winner of the first Pontiac SX the previous year, was fifth.

Hannah's win on this first night of the annual doubleheader above the Motor City was the beginning of what would be the most dominant run of one rider in one stadium in series history, as Hannah would sweep the Pontiac rounds in 1977, '78, and '79 for six straight races in what was then the home of the Detroit Lions.

In a huge personal milestone, Kawasaki's James Stewart scored his first AMA Supercross win at the Dallas Supercross. This was the race where Stewart battled Yamaha's Chad Reed and Suzuki's Ricky Carmichael. Stewart had missed most of the earlier races after breaking his arm in practice at the Phoenix round back in January. This win is his first of 50 career wins, second on the all-time list behind only Jeremy McGrath's 72.

In the 125 class, Monster Energy/Pro Circuit Kawasaki's Grant Langston got the win over Suzuki-mounted Davi Millsaps and his Kawasaki teammate Matt Walker.