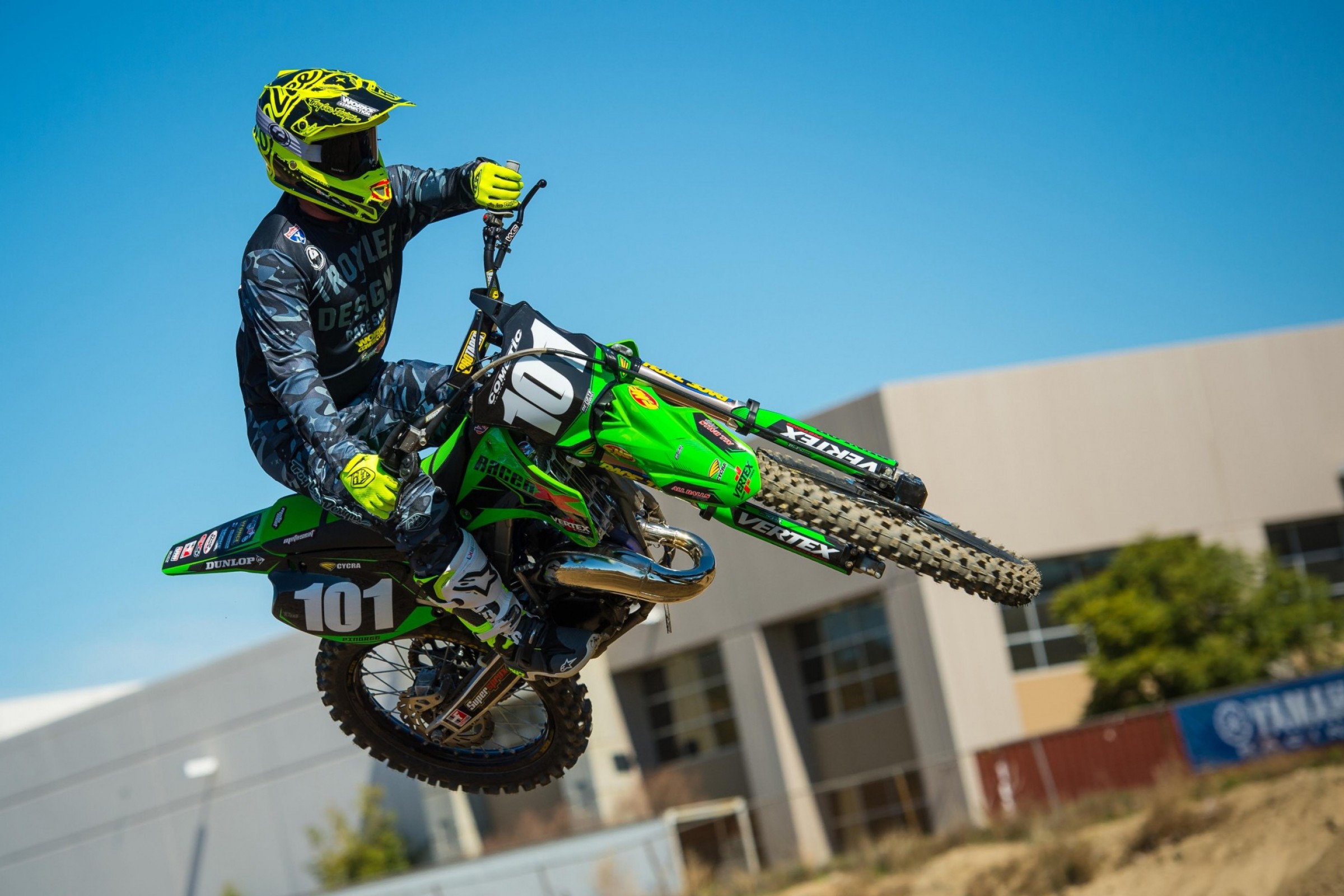 With tight environmental regulations already in Europe and California with motorcycles, why not use racing alcohol like many race cars and racing go-carts do? More horsepower, cleaner burning, engines run cooler, and almost zero carbon emissions…problem solved! The only issue is that alcohol isn't readily available at gas stations. Most serious racers buy VP racing fuels anyway; they could get alcohol at their local race shop instead! Give us your thoughts!

P.S. I know the AMA guys couldn't use it, but I'm sure some motor head has tried it.

I didn’t know the answer to this question and, frankly, it intrigued me. Why don’t we use alcohol? After asking around, I got a response from a well-respected engine builder named Tom Morgan. Tom has been building race engines for decades and he knows what he’s talking about. Here’s what he had to say:

“Regarding using alcohol as a fuel in a motocross bike, I'm not an expert on the subject, but there are some issues. First of all, you burn twice as much alcohol as gas for the same amount of time, so you would need a really big tank. There is no way you could feasibly finish a 40-minute moto at Southwick. Also, alcohol attracts water, which is a big problem for off-road vehicles. Alcohol is corrosive to metals and destroys rubber seals, making service intervals very short and costly. Alcohol collects in the oil and causes loss of lubrication, which would be a problem on a four-stroke. Also, two-stroke oils do not stay mixed with alcohol, so you would have consistency problems that could be catastrophic. Finally, alcohol starts hard in cold weather, so winter time races would be a challenge.”

He may not be an expert, but he makes some very valid points that I tend to believe. And I’m not even getting into the possibility of hillbilly mini dads cooking it into moonshine to drink at the track. Right now, fossil fuels are still the way to go. I keep an eye on the car industry because they tend to lead the way in innovation. If something really starts getting traction in the auto world, it will see its way to moto in time.

I enjoy reading your letters and your creative responses that mimic what I want to say to my high school English students. Anyway, I digress.

My thought is this idea of tilling or “disking up”—is that a real word?—the dirt which is causing many of the injuries/crashes.  When I grew up racing here in SoCal, we had tracks like Perris and Glen Helen with "good" dirt. We also had tracks like De Anza and Carlsbad that you had to lay down some blue groove rubber to gain some traction.  It seems as though supercross and Nationals have many slot car-type tracks.  Don't get me wrong, ruts have their place and you race/ride what is in front of you, but what happened to being able to adapt to the tracks? Is there even a real hard-pack track in either series, besides when Vegas heat and wind bake the track? I know the current bikes are like tractors and dig trenches, and when I grew up riding two-strokes, it was more of a drifting-type style for cornering, but could track prep be one of the factors contributing to this year’s rash of injuries?

Thanks again for taking the time to answer and entertain the readers.

Lor Riihimaki (Not so much Flying Finn, King of the Vet track)

No, that really doesn’t have anything to do with it. Supercross has always been tacky, hard-pack clay. And for outdoors, if anything, tilling up the soil makes it deeper and slower so that riders aren’t going as fast. And when they do crash, the dirt is softer and more forgiving. The main reason track prep has gone the direction it has is for spectator compliance. If you look back to the old days of Carlsbad or De Anza or Saddleback, they were dust bowls in the afternoon. Yes, it’s cool to watch riders adapt to varying conditions, but when the dust is too thick to see the riders on the track, what’s the point? Low visibility is dangerous for racers, too. I had several incidents in the mid-nineties where the dust was so bad I couldn’t see in front of me and I hit a downed rider. They’ve really come a long way in track prep and racing surface management.

Most National tracks are bringing in good soil or sand so the tracks hold water longer without getting too hard and rutted up. This does make for more similar racing surfaces between all the rounds but it means better conditions most of the time. Trust me, Washougal is still hard and slick underneath, Southwick is still sand, Glen Helen is its own monster, and any of the East Coast rounds are one good rainstorm away from looking like swamp buggy races; there is plenty of variance. The main difference is that you don’t have to squint to block the dust as riders fly by.

Why do they continue to ruin sight lines for paying fans by have a giant elevated platform at the finish line?  With electronic scoring, there is no need for scorers anymore. It seems like the only people in there are a bunch of idiot team guys. I’m sure there a few thousand more places where they could have a view of the whole track and pretend to be important with headsets on.

Easy, bro—I used to be one of those idiot team guys. And there aren’t a thousand places where they can see the entire track and relay information to the mechanics over the headset. Understand that one of the worst places for seeing what the hell is going on is in the mechanics’ area; they have the worst seat in the house! So, the team manager’s tower allows one member from each team to relay lap times and other info to the mechanic. There is also an AMA official who is in charge of throwing red flags and assessing incidents for penalties, as well as the flagger who gives the green, white, and checkered flag.

Both of those “idiots” have a fairly important job and need to be in position to do it. My guess is your view is more obstructed by how far you have your head up your own ass than any structure on the stadium floor, but I’ll be sure to let Roger DeCoster, Erik Kehoe, and the rest of the team managers know what a bunch of idiots they are.