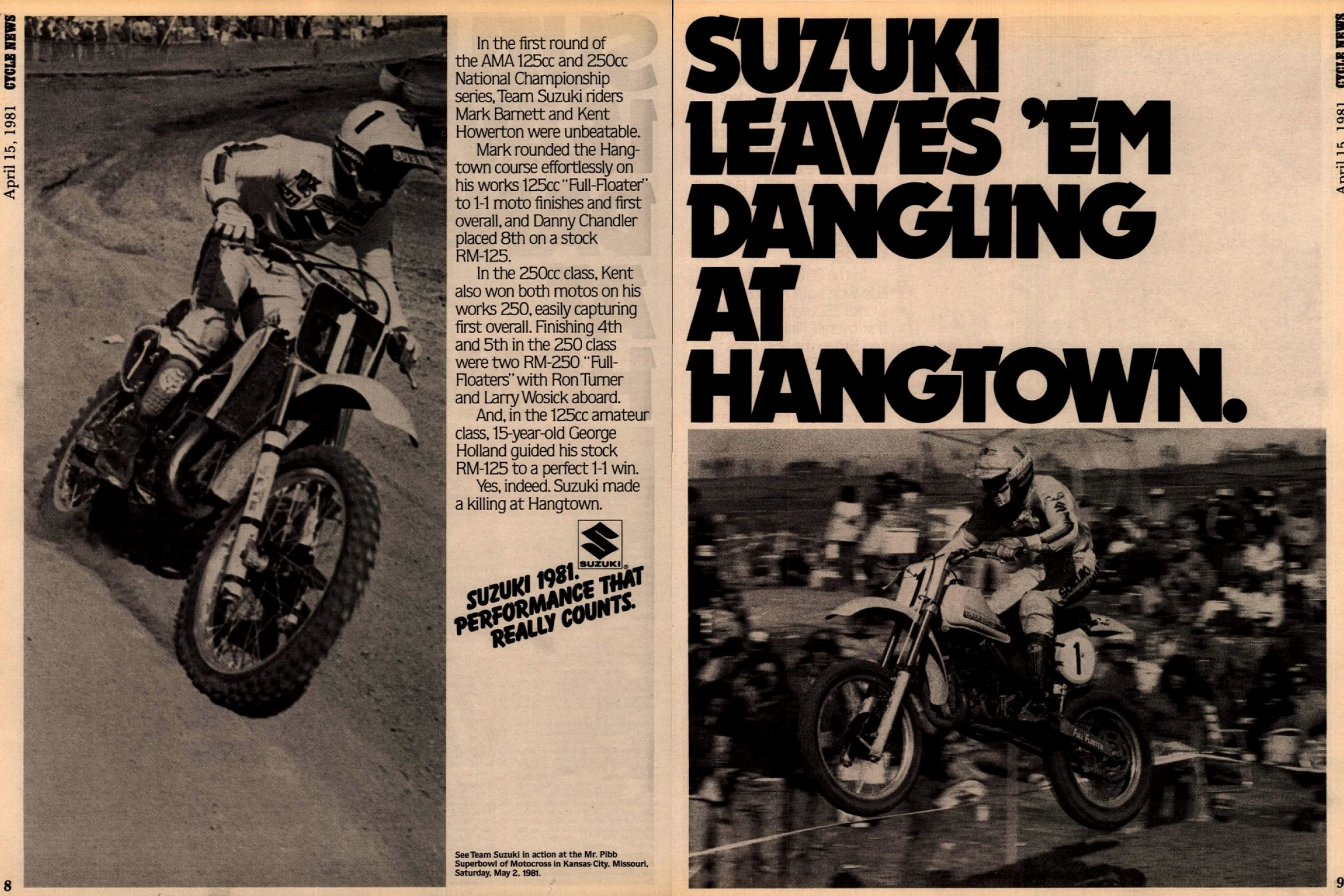 On This Day in Moto March 29

San Manuel Yamaha's Chad Reed got himself out of the doldrums with a decisive win at the Rogers Centre in Toronto, Canada, the one international round of the 2008 Monster Energy AMA Supercross Championship. Reed topped Honda riders Kevin Windham and Davi Millsaps in the 20-lap main event.

The Lites Class at this round was not considered an AMA points-paying event, and not every team participated. The Butler Brothers Racing/DNA Energy Drink Honda team did, and went 1-2-3 with Shaun Skinner, Matt Boni, and Kyle Cunningham.

In what appears to have been his last ever AMA Supercross win, Suzuki-mounted James Stewart won his third straight 450SX main event at the St. Louis round. It was the 50th career win for Stewart, the second-highest number of wins in AMA Supercross history. Monster Energy Kawasaki's Ryan Villopoto would finish second and inched closer to a fourth straight SX title, while Honda's Justin Barcia rounded out the podium.

Team Suzuki's Kent Howerton won the first outdoor battle of 1981 with Yamaha's Bob Hannah as the two went at it at the Hangtown Classic, the opening round of the 1981 AMA Pro Motocross Championship. Hannah was coming back from a broken leg he suffered in September '79, costing him more than an entire season at the peak of his career. Yamaha rider Gary Semics finished third.

In the 125 Class, Suzuki-mounted Mark Barnett opened his first title defense with a win over Honda's Jim Gibson and Kawasaki rider Jeff Ward.