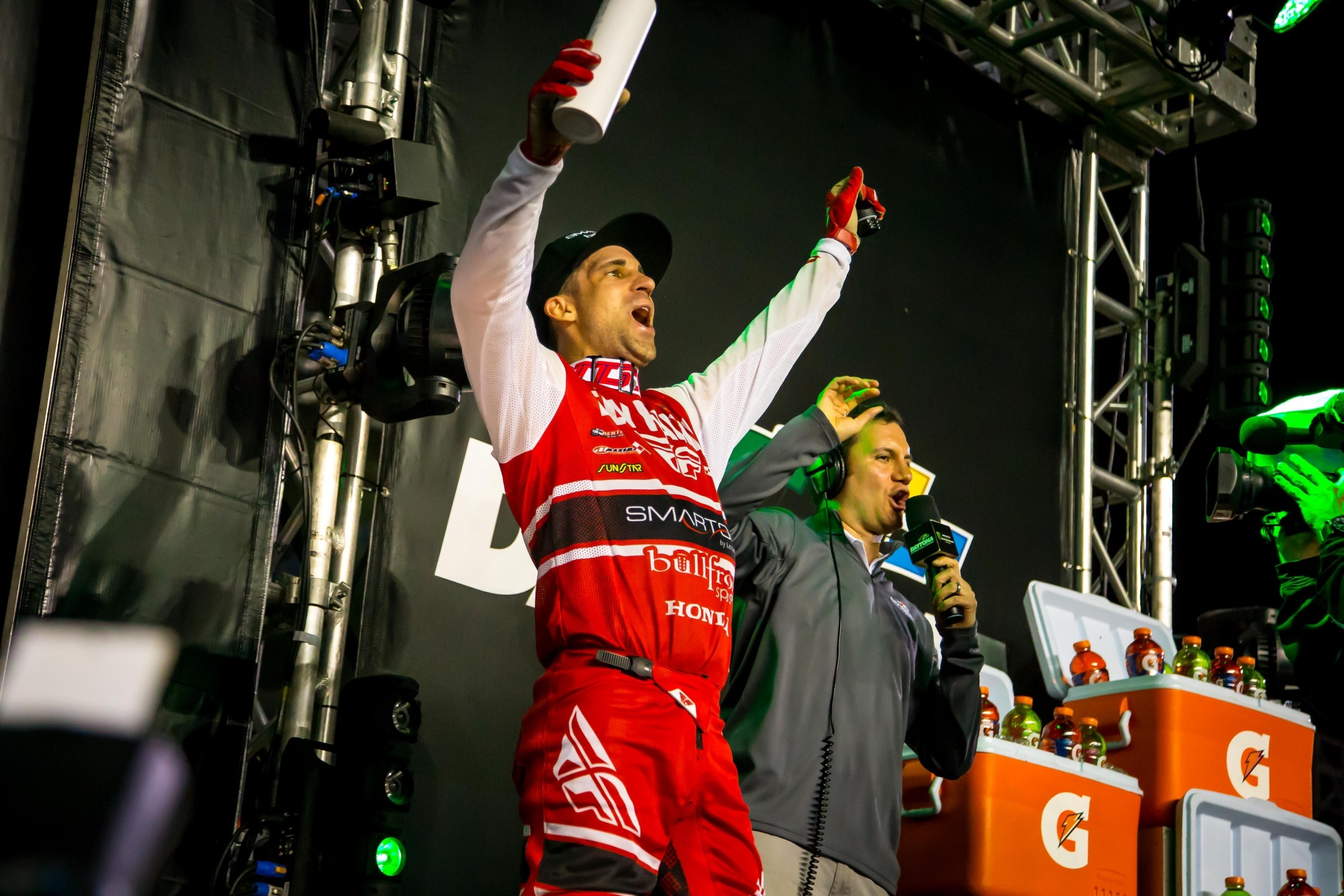 Of course Jason Weigandt was there after the race (after the hug seen around the world) to chat exclusively with Brayton about the win and more.

The Smartop/BullFrog Spas/MotoConcepts Honda team was there inside the hauler to add some cheers as well.