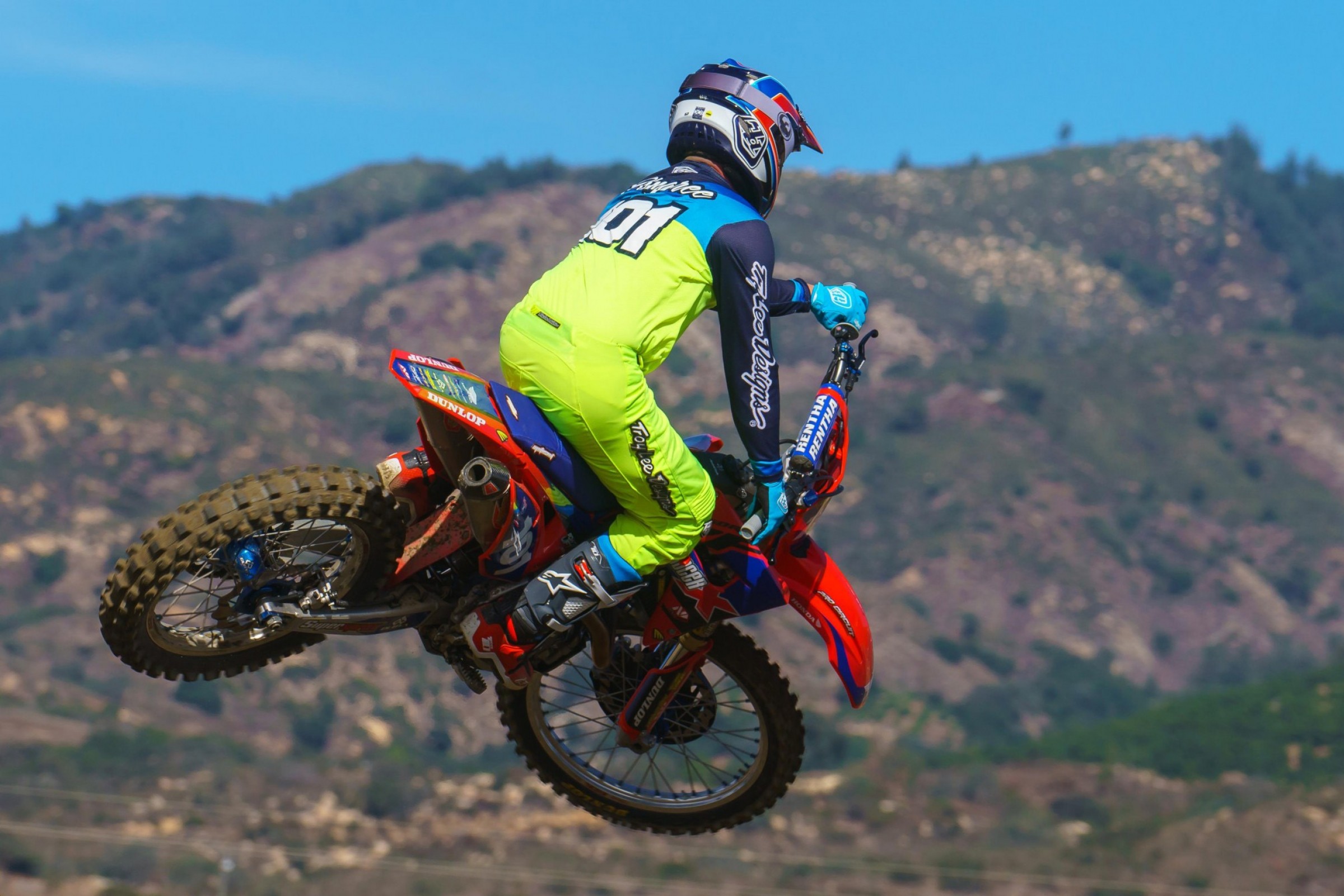 I am wondering the pros and cons of wearing versus not wearing a neck brace. When they first came out, everyone said they were the best safety device you could have, but lately I have been hearing that might not be true and that neck braces can actually do more harm than good. What’s your take on the subject? I think everyone wants to make the best educated decision they can when it comes to safety gear we wear when riding.

This is an extremely difficult subject to navigate. In theory, this is a no-brainer. A device that protects your cervical spine in a crash? How could any rider NOT wear one of these? And at first, most riders did wear one. But over time, riders began taking them off for different reasons. Some simply didn’t like the restriction of the braces and opted not to wear it. Others heard opinions about how the brace can act as a lever and actually transfer force to other parts of your back that are less flexible and injure those. There have been rumors and speculation since the very first brace was introduced. The science is also questionable. In certain crashes, specifically direct drops onto your head with no rotational force or forward momentum, the brace definitely helps redirect energy away from your cervical spine. But how many people crash like that? Every crash involves some type of forward travel and no two crashes are the same, which makes replicating a motocross crash extremely difficult.

Personally, I have worn every brace at one time or another and I was a big proponent of them early on. However, I had a couple incidents where the brace restricted me from getting back on the bike as fast as I could when I got bucked and it almost caused me to crash. Another time I had the brace snag a wooden stake in a turn as I was tipping over and it actually yanked my head back. I decided after those several episodes that it wasn’t for me. If you like wearing them and feel like they don’t hinder your riding, I absolutely encourage you to wear one. This is a very subjective topic and I don’t believe anybody has all the answers. You have to do your due diligence and make your own decision.

I noticed that last year you picked a YZ250F to be your bike for the year, which I think is cool. I wrote to you in late 2006 because it was time to upgrade my 2005 YZ250F, and I was torn between staying on a 250F or moving up to the 2007 YZ450F. I had visions of grandeur in my head of standing on the top step of the podium at Loretta's in C class, and at the urging of my friends, I bought a 450...a decision that I regretted immensely that entire season. I bought a 2008 KX250F for the next year and loved life again. I wanted to see how your year was on the 250F. Did you do much racing, and overall, how did you feel about riding a bike that most older guys consider a novelty? I used to get a lot of snickers when people found out I was a 200-pound guy on a 250F until I passed them and continued riding long after their three-lap moto ended. In my thirties, I've toyed with 450s again, but am now on a 350 SXF and it’s great for the common man. With all of the supercross injuries, I feel there is something to be said for the guy who puts his ego aside and decides to ride a slow bike faster as opposed to the inverse. Thanks for your videos and industry insight. I read Ask Ping every Friday and it’s my favorite way to get my weekend started!

I did build up a Yamaha 250F last year and I had planned on racing a handful of events throughout the year. Unfortunately, I had some torn meniscus in my knee that really started to bother me, and I spent the better part of the summer rehabbing that instead of racing. That said, I always have a smaller bike in my quiver. This year I have a Honda 250F and a Husky TC 125 sitting beside my 450 in my garage. I know, I’m a spoiled asshole with more bikes than I deserve. I agree. The simple fact is that different tracks and different types of riding are better on certain bikes. The 450 is best at Glamis or on fast, deep tracks where you need a boatload of horsepower. The 250 is best on tighter tracks or circuits that are dry/slick or super rough. And the 125 is good just about anywhere, so it’s a catch-all. Like you mentioned, ego is a big problem in this sport. Between the fire service and motocross, I’m around more testosterone and inflated self-worth than the judges at a Mr. Olympia contest. But if you are secure enough to buy the bike that best suits what you’re trying to accomplish, you’ll realize how amazing motocross is again.

A good 250F has all the power and torque most riders can handle, and it’s much more controllable as well. That equates to longer riding times, faster lap times, and fewer crashes or near-crashes. Don’t listen to your bros if they give you a hard time for riding a 250F. Instead, give them a hard time when you pass them and stay on the track longer than they are able to. If that doesn’t work, wait for them to get arm pump and punt them over a berm like an NFL kicker.

Every time I open up my Racer X magazine, I see ads for Aldon Baker’s gimmicky devices for sale.  First it was the forearm tool, now the Frog. Do people really buy this stuff? Then again, that's how QVC stays in business. Aldon no doubt is a great trainer, but please stick to training. What's your take on this?

I’d love to give you an honest answer filled with sarcastic quips and just enough insight to make you feel like you got some resolution to your issue, but I’m too busy with these Ginsu knives I just bought! Did you know these things can cut right through an Alpinestar Tech 10 and still slice up my tomatoes without smashing them? It’s amazing! And if I make a mess I can clean it right up with my Shamwow towel lickity split! Of course I’ll need my magnetic bracelets and some of my special mangosteen juice from Salt Lake City to keep my energy levels up. Maybe even some essential oils aerated through a special diffuser that costs an unreasonable amount of money. Wait, what was your question?

Just like all of the products I just mentioned, they certainly must have worked for someone, so Aldon is just doing what George Foreman did with his grill...over 100,0000,000 of them so far, according to Yahoo. Personally, I'm always on the skeptical side, but if I could get results like Aldon's riders have been getting over the years, call me Frogger.