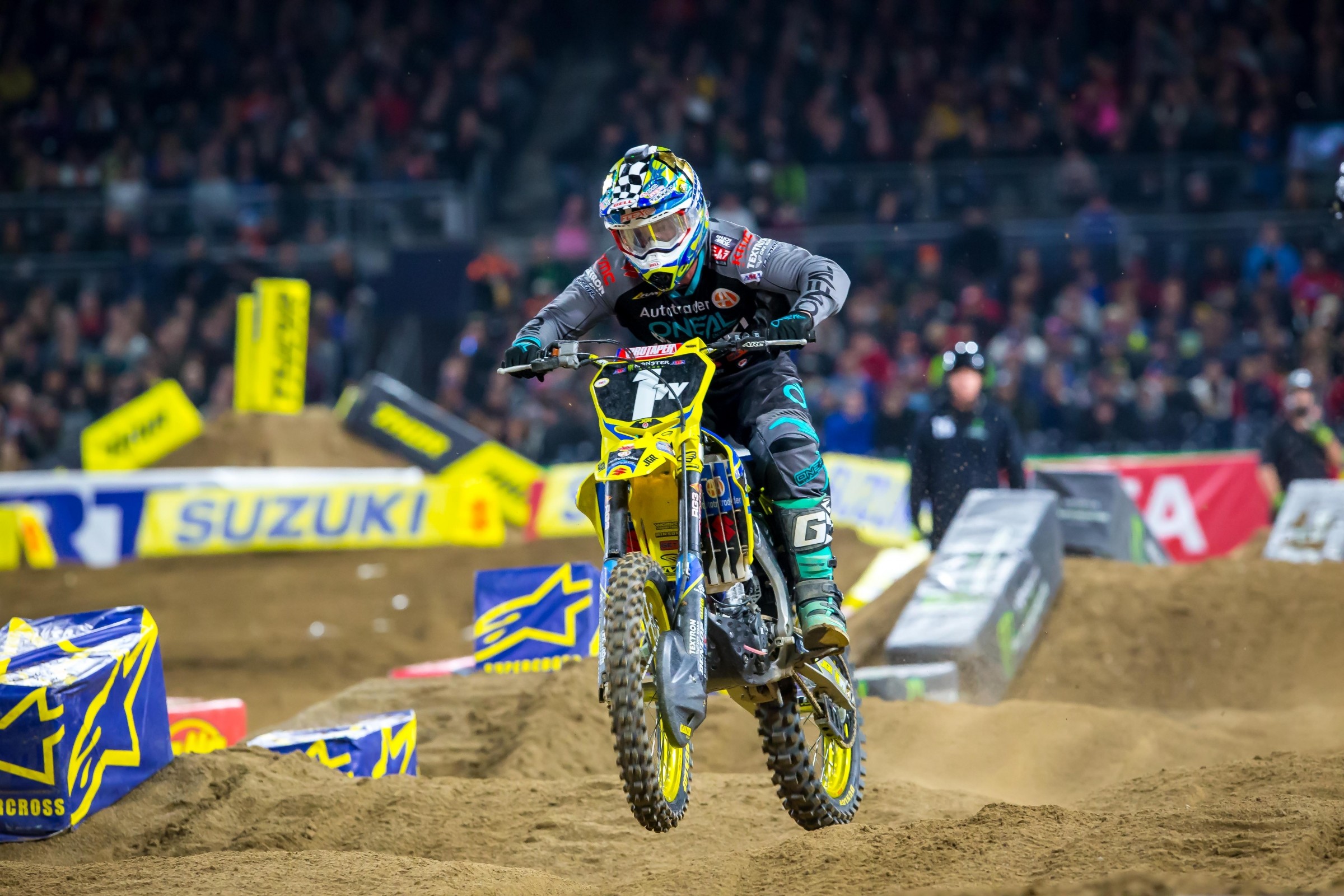 3 on 3 Questions After California

1. The JGR crew says Hill didn't change his bike in the last three weeks. Is the sport really that mental? How could he turn things around so quickly?

Jason Thomas: The easy answer is yes and no. Let's not forget that at A1, he was very fast in timed qualifying and looked to be ready to contend for this title. The real struggles were a week later at Houston when he looked more like Jonah Hill than Justin Hill. I really have no idea what he was doing in Texas but that was not a normal weekend from the defending champ. He has been steadily progressing and while he wasn't winning, he was relevant on the weekends and showing flashes of speed. I wonder if this was more of a culmination of a late start with the Suzuki and that preparation surfacing a month late.

Ryan Sipes: It for sure can be. The mental aspect of racing is so powerful, it can either help you a ton or hurt you a ton. I don’t know Justin at all, but it seems like he came into round one maybe a little lackadaisical, got smoked, and for a few weeks it took its toll on him. When you think you’re going to win and you aren’t even close, it can rattle you. It looked like he took a few weeks to kind of wrap his head around the fact that, ok, I’m going to have to be really on top of my game to win. He mentioned on the podium that he went back to the "old faithful" settings. That tells me they’ve been searching for some magic setup that probably doesn’t even exist. He went back to something he knows is decent and just rode the motorcycle better. Sometimes it's not who has the best setting for the track, but who is the most comfortable with the setting they have. Hill looked to be that guy at San Diego.

Denny Stephenson: Well, clearly the sport is mental. We hear about it and see it every week with riders. A lot of pressure comes with being the defending champ, especially when it's tattooed on the number plates. Toss in the added pressure of going against the grain and going to a new 250 team with little or no experience in the class, and on a brand that is pretty well known to be producing a motorcycle that is, for lack of a better word, slow. Then open the season with a seventh and that all adds up really quickly. But Justin isn’t a quitter, he's on a team that literally builds race car motors out of blocks of steel, and he's surrounded by some incredible people. One of those being the Budman (Buddy Antunez, five-time Arenacross Champion, now with JGR) who I texted seconds after Hill won Saturday night. I told him I saw a lot of all the ‘ol AX champion in Justin. The confidence as he charged to the front and his line choices as he ducked and dove around while AC was dive bombing his front end in corners. Hill knew he had it won, he just had to bide his time until he got an open track. Supercross is an individual sport, but it all begins on Mondays with the team of people you have around you. Justin Hill is back and never gave up on himself because he's got the Budman in his corner. Now let's get him on a 450 on the East Coast.

2. What do you think happened with the Roczen/Webb crash?

Thomas: In short, Roczen and Webb don't like each other. This has been ongoing for a year or so. They got into it a little at A1 and this was the next step up from that. When Webb got aggressive before the whoops, Kenny got mad and went for contact going into the next turn. He got there a bit late and missed the angle he needed to smash Webb. He then grabbed a handful of throttle to try to pin him against the outside but being late, just spun his rear tire. When that RPM reached the rut, he caught traction and voila, Larry Loop Out arrived.

Sipes: I could be completely wrong, but it looked to me like Roczen got fed up with this new spunky Webb and tried a little too hard to take the position back. I don’t think he tried to clean him out, but he definitely ran it in harder than he normally would have if he was just trying to show him a wheel. It sucks to see, because I thought Roczen had really kept his emotions at bay since he came back. He’s had guys rough him up and didn’t let it bother him. Maybe he finally just had too much.

Stephenson: This Roczen/Webb thing has clearly already been beaten to death a thousand times this week. Our text thread went on for a couple hours on Sunday about what we all thought happened. Kenny was obviously upset and tired of Cooper punking him every time he got the chance. Personally, if that was me, when Ken exited the whoops and locked up the rear wheel, I would have just left the gas on, leaned the bike to the left, lifted my right elbow and punted Webb and his blue Yamaha so far over that bowl that the number 2 wouldn't be f*** with me again. I'm kidding. Well, kind of kidding. Roczen let his emotions get the best of him and sadly didn't even do it right. The sport needs the 94 healthy and racing. Unfortunately, we anxiously have to wait for his return. Again.

3. Anderson has a 28-point lead already! What the heck happened? Is this already over OR HAS IT JUST BEGUN????

Thomas: That really all depends on how composed Anderson can remain down the stretch. If he can avoid fighting in untimed practice with Alex Ray, run-ins with his training partner Marvin Musquin, etc, he could have a relatively drama free run to a championship. His biggest rivals are all dealing with a myriad of issues so he just needs to stay the course and he should be fine. If he opens the door with bad decisions and a DNF or two, this picture could change quickly. Justin Barcia knows that he is one Anderson crash away from being in the title mix so I wouldn't be surprised if Bam Bam lowers the boom on the 21 very soon.

Sipes: This is incredible. Not only is he the only consistent guy right now, he’s winning most of the races too. And coming from behind! And winning close battles on the last lap! I know it might be a shock to hear this, but that’s how this guy named Ricky used to win his titles a few years back. With a 28-point cushion, it will be fascinating to see how, or if, his strategy changes in these races. He doesn’t HAVE to win now, but he still needs to do well. Will he be more careful now and just shoot for podiums? Or just keep going for wins? Even Carmichael with a points lead was a different rider. On another note: when is the last time we had TWO title favorites injured and we still couldn’t stop watching? This season has been nothing short of entertaining.

Stephenson: Anderson with a 28-point lead just six rounds into the season. Yeah, we all saw that coming didn't we? Wow. Impressive and yet another lesson in just when we think we understand the riders and the sport of supercross, we are quickly reminded that we have no idea what's going on. As a fan, we can thank the 2018 meltdown of the number three motorcycle for this Anderson runaway. Have we ever seen the preseason favorite open the series with DNF-DNS-1- 1-13-DNF results? Crashes in the first turn and pulls off because his grips torn? Didn't I once witness Ryan Dungey shifting his motorcycle with his HAND while in the air? Supercross can be a vicious mistress and it currently eating Elito Mac for lunch. Eli Tomac is great but this other guy that shows up sometimes, Elito Mac, I can’t figure him out. Which one will we see each weekend? If anyone can find Eli Tomac, send him to Dallas Saturday night to kill this evil Elito doppelganger.