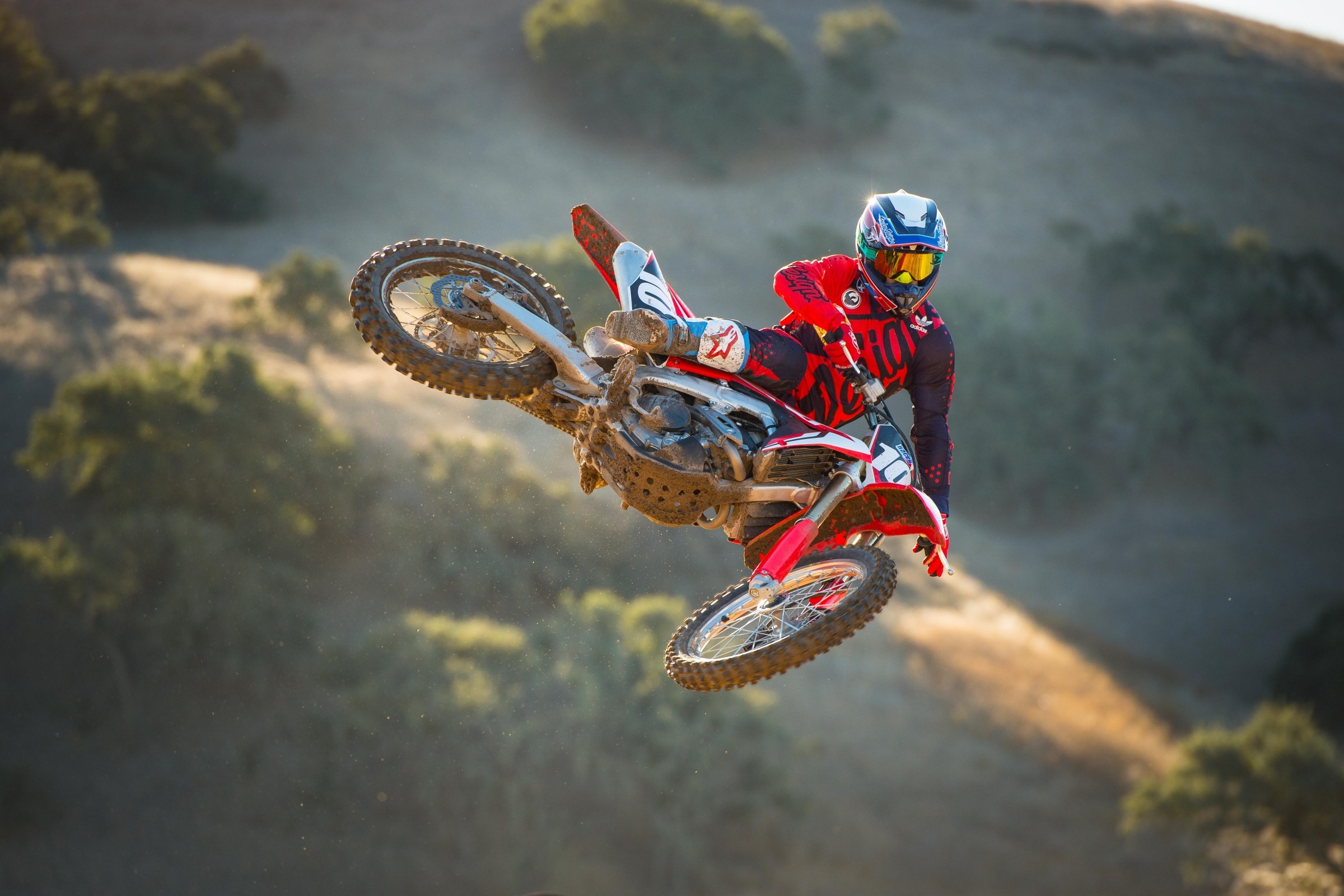 I saw where Suzuki is pulling their race team out of Europe. Add that to the RCH and Yoshimura graveyard in the U.S. Do you think we are near the end of the Suzuki bikes? My first bike was an RM 80 so I bleed yellow, but it’s hard to walk into a dealership and say I want this bike because it’s yellow when there is a KTM/Husky right beside it that weighs 20 lbs less, has an electric start, and six more hp. It is baffling as to how they have fallen so far behind. What happened?  Did they lose so much money on JS7 that they had to fire all of their engineers?

I’m a Suzuki fan as well and it can be a lot like being a fan of the Cleveland Browns at times. You buy the ticket, sit in the cold for hours at a time, and pay an exorbitant amount of money for watered-down beer and hot dogs only to be disappointed year after year. Suzuki has had some great runs in terms of bikes—their 125s and 450 during the Carmichael years were exceptional machines. But this drought in advancement over the last five years, paired with the underwhelming improvements of the 2018 model, have made for an extremely rough go for fans of “Yellow Magic.” The disappearance of the GP team, as well as the Yoshimura squad, is alarming and could certainly signal trouble Suzuki. They’ve forked out huge money to Stewart, Carmichael, Reed, and Windham over the past couple decades and it didn’t really produce bike sales for them. Maybe it’s time to spend their money on R&D? I’d suggest they go back to their old slogan, “You get more nookie on a Suzuki,” and run ads online with beautiful women in bikinis sitting on their bikes, but I’m afraid the feminist/PC police would storm the Brea, California, headquarters. The first step for a recovery in this sport is to introduce a bike that turns some heads in the pits and wins some races on the track. Suzuki has a great partner in JGR, so let’s cross our collective fingers that corporate can extricate their craniums from their rectums in short order and return their racing division to the status they had in the 1970s.

Two truths that racers hold self-evident are "rubbing is racing" and "if you're not cheating, you're not trying." Block passes and rough riding are obvious, so it's the latter that makes me curious.

I grew up around my dad drag racing, and bracket-racers will spend WAY more time thinking up ways to cheat than they'll ever spend on just being better. In your years around race teams, what kind of efforts have you seen to, ahem, "skirt the rules?”  Exactly how much work goes into making a machine appear rule-conforming while cramming in every extra bit you can without getting caught? Are there even aspects of the rules that hinder a team enough to be worth ALLEGEDLY breaking? Or does SX/MX not have enough regulation to make it worth the effort? Short of fuel and exhaust, which are regularly checked, is it no holds barred?

I know you can't snitch on anything recent, but the statute of limitations on your infractions are certainly up. So, what tricks did you used to have up your sleeve? I definitely don't want to impugn your character, so if you stayed the straight and narrow, perhaps you knew a guy...

This is a bit of a slippery slope because I don’t want to incriminate anybody by telling stories. However, the history of cheating is as storied in motocross as any other sport. Deflategate? Tonya Harding? Mike Tyson biting ears… the list goes on and on. Riders at the very highest level have a harder time cheating because they are regularly torn down and scrutinized by the AMA and their peers. However, when your nickname is “Big Bore Barry” and you’re riding a 125 with a stock exhaust pipe and you’re pulling holeshots against factory bikes, you’re going to raise some eyebrows. If you’re finishing outside the top ten in any level of racing, the only thing keeping you from cheating is your integrity. You aren’t likely to get called out when you aren’t racing for wins. Personally, I never cheated during my pro career. I was racing for teams that weren’t going to take a chance of getting caught cheating. I may or may not have had an 80cc Suzuki that didn’t exactly break the rules, but it bent the hell out of them. That was before I was really winning any big races, though, so nobody cared. Here’s to the sport’s best keeping it clean and the folks running mid-pack with cheater motors.

My question is sort of long, but I'll try to wrap it up as quickly as possible. First, I've been riding/racing moto since I was 4 and am currently going on 23 and am a first-year student at a college in Philly. Growing up racing, I've had plenty of injuries which actually led me to want to become a physician, so here I am!

My question revolves around protective gear. Having gone through anatomy and a full human dissection last term and learning all about human anatomy, it truly baffles me that hardly any pros utilize the gear available, especially in supercross. First, the "controversial" neck brace. From a medical perspective, I do not understand how every single rider who can afford one, doesn't wear one. There are so many critical vessels, muscles, ligament, and, of course, the spinal cord in the neck, and a rupture or tear of any of these is life threatening. The argument of "it's too restricting" is not valid because RV wore one his whole career and continually destroyed the competition who didn’t— same with Baggett (250) and now Musquin. The argument of "I'll break my collarbone" is also highly invalid. What's worse: a broken collar bone or being a quadriplegic? Lastly, I've heard some say it distributes forces to other parts of the body and could cause injury there. Anatomically speaking, the places forces are distributed to (chest, upper back) are structurally more sound and capable of taking those forces than a neck is of being hyperextended or hyperflexed. On top of it, I've heard many emergency physicians and orthopedic surgeons state that neck braces are essential to have.

Also with chest protectors (not roost guards) but solid plastic ones, why don't more professionals wear them? Again, they aren't restrictive (see Musquin, who wears one under his jersey), provide better roost protection and impact protection, and could simply lower the chance of a serious injury occurring.

What baffles me the most is that these guys are the people young amateurs look up to. Wouldn't it make sense for the ambassadors of our sport to support protection and safety for riders so possibly fewer young kids end up in the hospital with horrific injuries? We push helmet and boot innovation, but what about the rest of the spectrum between the head and the foot?

Just curious what your take on all of this is. I'm tired of seeing riders get seriously injured and thinking to myself, "What if they had more protection?"

Congratulations on making a good choice for your future. I appreciate the effort and dedication it takes to get all the way through medical school. To get my paramedic license, I had to take A&P (anatomy and physiology), which included cadaver dissection. It was an amazing experience. But there are some parts that weren’t fun (histology comes to mind), so I get the commitment it takes to grind through years and years of that. Hopefully your motivation is the countless lives you’ll change for the better once you’re practicing. And if that doesn’t do it, just think about the gargantuan boat you can buy once you have that fat doctor’s salary rolling in. Just stay motivated.

I’ve beaten this subject to death over the years, but I’ll touch on it once more. Chest protectors should be mandatory. As you mentioned, injuries to your trunk, neck, and head are the ones with extremely high mortality rates in trauma incidents because that’s where your major organs and vessels lie. By wearing a good helmet and a chest protector with plastic on the front at a minimum, you reduce your risk of major injury tenfold. Neck braces might seem like a no-brainer, but the testing feedback is a little uncertain because of the vast number of factors involved in moto crashes. I’ve been in situations where the restriction of movement almost caused me to crash, which is why I stopped wearing one. In my opinion, that piece of safety equipment is more subjective. Pro riders set the tone for what amateur riders do, so the onus is on them to change the culture. But these are just kids and they don’t always make the best decisions, so they made need encouragement from their teams and their families. Thanks for the note and good luck with school.