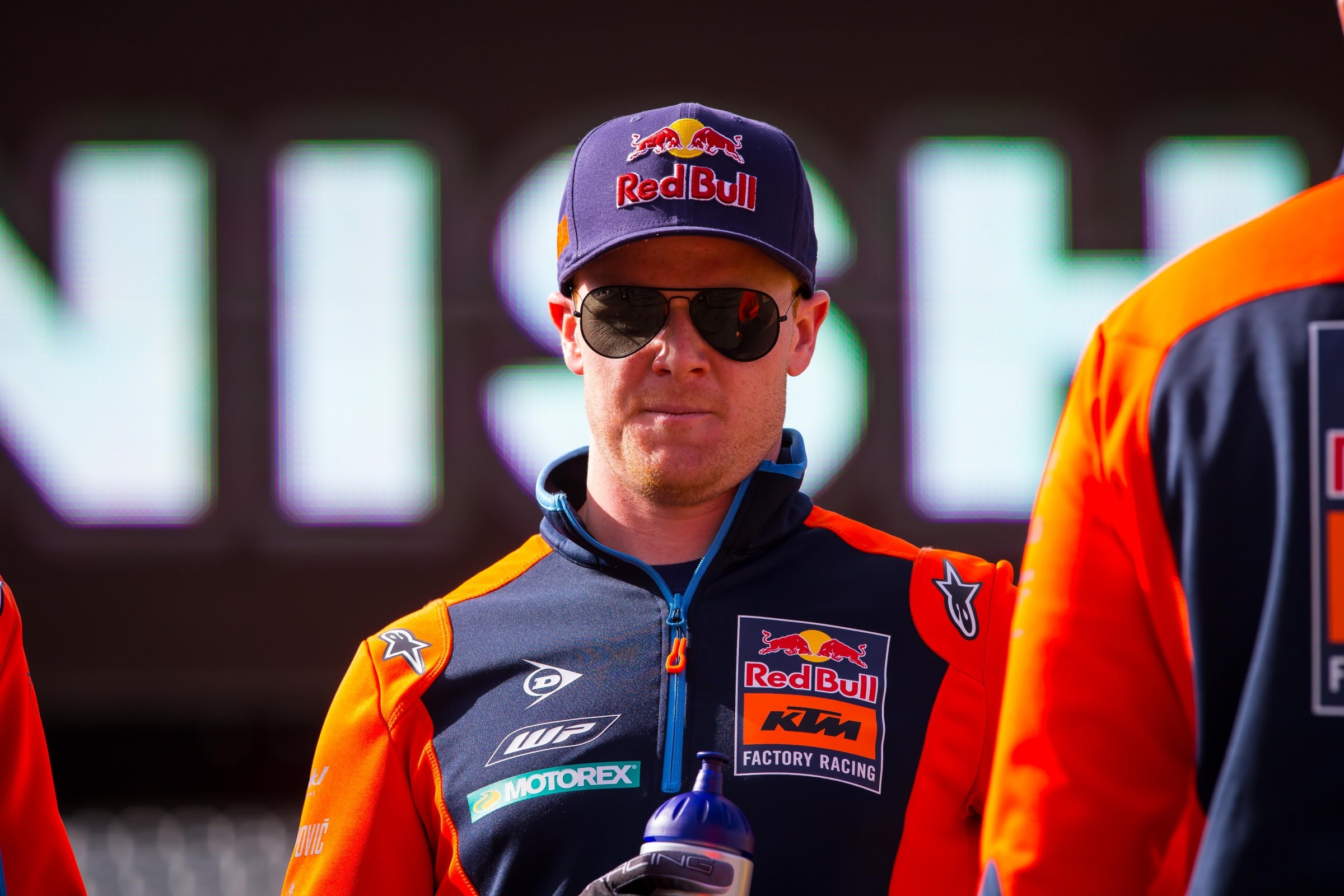 Racing motorcycles is dangerous, and injuries are going to happen. Some seasons have more injuries than others, and some injuries are more severe than others, but no matter the season, who gets hurt, or how bad it is, there always seems to be some sort of outrage or pushback. Whether it’s in bench racing sessions, on social media, or in the comments section of this website, everyone seems to have an idea of what to do to make things better. Then, time passes, things settle down, and everyone relaxes. Right about that time, someone else gets hurt and the process repeats. This cycle is something Trey Canard is hoping to disrupt.

When Canard announced his retirement at the Spring Creek National over the summer, he hinted that he’d like to stay involved with the sport on the safety front. In October he revealed his idea, Racing Standard, with plans to give it a trial run at Red Bull Straight Rhythm. The event went well, and Canard has continued with the project. Essentially, Trey is going to study safety.

“Definitely this is kind of a passion of mine, just because I was hurt so much,” Canard told us then. “I don’t want to see these guys hurt, and part of that as a fan of motocross/supercross, I want to see the sport continue to develop, so 20, 30, 50 years from now we’re still in a good place and we’re growing.”

Canard was recently a guest on both DMXS Radio and the PulpMX Show, where he recalled a certain Anaheim that featured a short start, followed by a right-hander that fed into a rhythm lane. Canard spoke about how most everyone looked at that section right away and predicted night show chaos. It came true, too, and Canard himself incurred a hand injury when he was landed on that night. The incident stuck with him, and now he’s moving forward with his new project, which was given the green light for another trial run at Anaheim 1 in 2018, to try to avoid situations like this in the future.

“One of the things that can be beneficial, really, is increasing communication,” Canard said on DMXS Radio. “Right now there’s a lot of talk, but nothing really settles or finds its place where it can be beneficial. There’s not a dedicated point of contact for riders to bring those concerns to. I’d like to be that guy who the riders can go to and express their concerns.”

Canard was also quick to point out communication works both ways.

“The track might not always be perfect. Maybe it was built with frozen dirt or it rained or something. I hope to be able to kind of smooth that communication out. The riders get fired up when they feel they’re in danger, or there's something sketchy. They just want to go to whoever's building the track and yell. Hopefully I can be that conduit who goes to the builders and gives them the riders’ side, and be able to let the riders know what's going on.”

As important as effective and constructive communication is, it’s not the only area in which Canard feels he can help—track design and track building need attention, too. And even though track maps have already been drawn for 2018, he believes his being on site during the build process can be beneficial. He also makes sure to point out he doesn’t know everything, and that the goal is to get knowledgeable people involved in an effort learn how to make things safer rather than just boss people around.

Canard also wants to work on setting up a dataset that records specific crash details. This is something that could prove to be incredibly useful, but right now, it doesn’t exist.

“Another part is data. I think that would be a huge thing,” Canard said on DMXS Radio. “Even just to get some numbers. Where the crashes were, what they were on, how many there were, and then we can try to do something about it.”

It’s something that’s going to take a lot of work, attention to detail, and passionate individuals, but if everything works out, Canard hopes it can evolve into something that helps create a universal standard for motocross—“a playbook” of what’s safe and what’s not that can apply to both pro and amateur racing.

“It’s an evolving process. I’m doing this to try to learn,” he said. “Everyone has different opinions; we all just need to put our best foot forward together.”

Whether or not Racing Standard makes a difference, it’s certainly a step in the right direction.