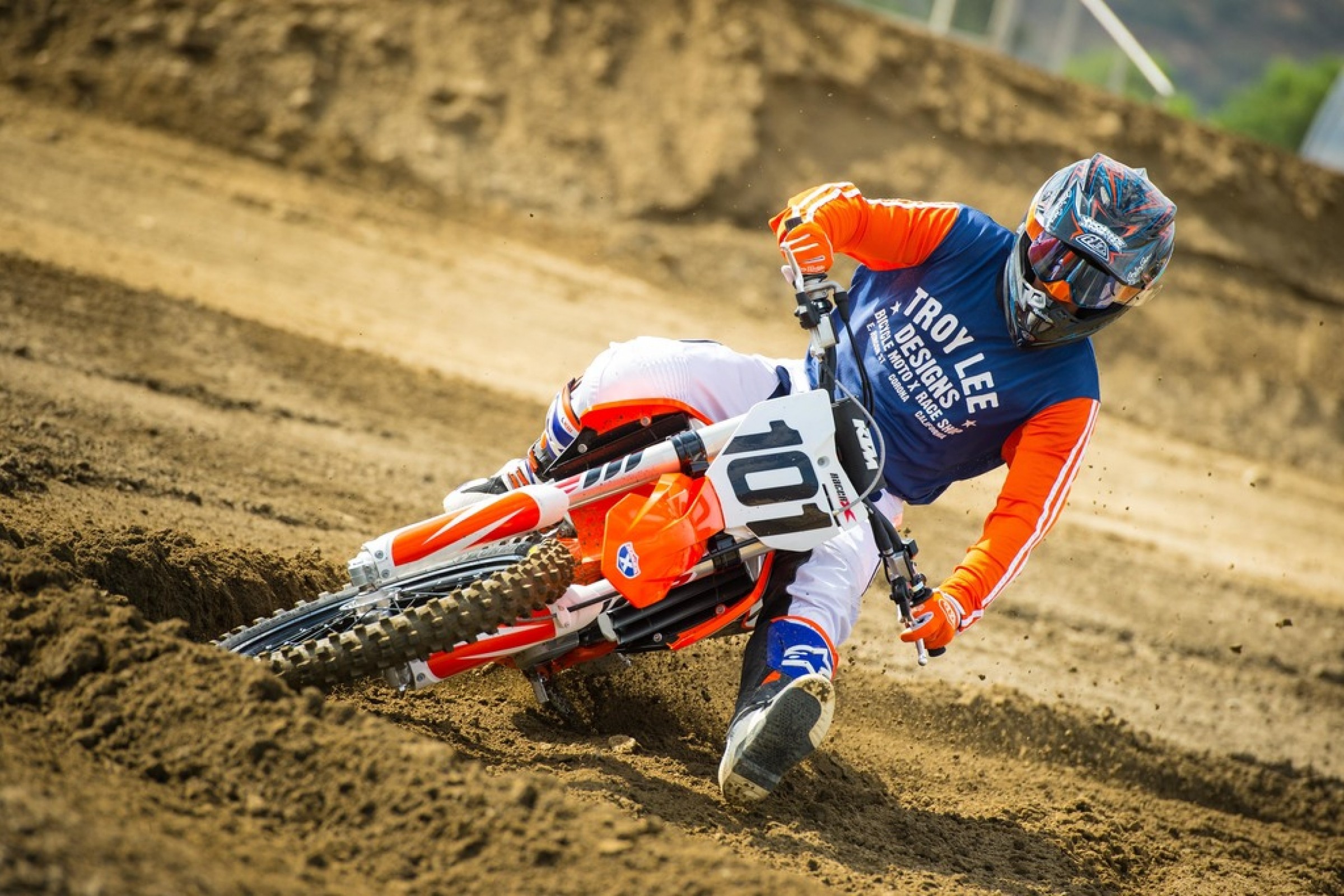 Tap on a crystal glass,

I truly respect and appreciate the old horses running the tracks. You know, the ones who are mature and strong and wise, but are aware that their return to the pasture may be a permanent home. It was cool to see Millsaps fighting for wins on the Suzuki a couple of years ago. I respect and admire Reed’s willingness to mix it up with the young guns. The latest video on Grant shows his amazing skill and flow on a supercross track in the admitted twilight of his career. I still have high hopes that Broc Tickle has another championship season left in him. So here is the question: what are the qualities that a team looks for when hiring riders? There doesn’t appear to be any rhyme or reason when you look at the wide range of ages, skills, levels of fitness, or confidence among the twenty-two riders in a supercross main event. Please explain the contents of the crystal ball.

That Last Pass Was His Final Gasp

I wonder what some of these teams are thinking occasionally, but each team has their own agenda and their own specific need that they are trying to fill. Sure, everybody wants a guy who can win races and titles. Everybody also wants a Ferrari, millions of dollars in the bank, and a job oiling up the Victoria’s Secret models at their annual show. But reality can indeed be a bitch and there are only a handful of riders capable of winning races in any given year, and less than that during certain seasons. That means some teams will have to choose between young riders who may eventually break through to that elite echelon and become a winner, or a solid, steady rider who will likely never win but will certainly post consistent finishes week in and week out. Roczen, Tomac, Musquin, Anderson, Seely, and Webb are guys who could potentially win the title. Tickle isn’t going to win a title in the premier class, but he will be inside the top 10 every single weekend. Bogle is a kid who could have a breakthrough year and eventually win some races. And then guys like Reed could land on the box occasionally, but they have a huge following and bring the fans in. So, these managers are considering many things when they are choosing/chasing riders. We are one month away from seeing which teams picked well and which ones will be bonking their heads into the managers tower after A1.

I’m just watching 2000 Anaheim 1, you’re hitting all your landings perfectly and it got me thinking. How much of your timing around a supercross track was knowing what gear you were in and how much of it was just “feel?” I’ve seen heaps of Josh Hill riding the electric bike (and apparently even Nate Adams has switched to an electric bike?) and although it’d be cool to not have to worry about changing gears, surely it’d be a lot harder judging big (technical) jumps without gears? When I used to ride my local track, it was pretty technical, and if I ever accidentally upshifted, I’d overjump so far I’d look like Robbie Maddison going for the distance record! Have you spent much time riding an Alta? I’d be interested to ride one someday, just to see what they’re like... (by the way, good job on winning Anaheim 1) :-)

Sent from the Peachman

I’ve spent limited time on the Alta, but the most difficult thing about riding it was knowing how to modulate power. On a bike with a combustion engine you can use sound, gears, throttle position, vibration, and acceleration to determine which gear and what RPM are required for jumps or other obstacles. On the Alta, all you have is a slight hum, throttle position, and acceleration. There were very basic jumps at Glen Helen that were difficult to jump the first time on that bike because I had no idea how much throttle I needed to give to clear it. Things got better the more time I spent on it, but it definitely changes the way you approach jumps. I’m sure the first few times Nate Adams jumped that bike, he was unsure how fast to hit ramps and how to apply the throttle during his approach. However, once you have it down, you just repeat it and it gets much simpler. The Alta is fun and it has absolutely ushered in the electric bike era.

When riders on the bigger teams retire or leave, how much of their equipment do they get to keep? Does Dungey have a garage full of practice bikes loaded with works parts that he gets to hang onto, or does he end up with just a stock bike with his graphics on it? I'm assuming it greatly varies based on the rider, longevity with the team, etc., but in general, how does that work?

It does vary greatly depending on the rider. Ryan Dungey will probably be able to call the KTM folks up at any time and get bikes. He might not get works parts anymore, but they owe Ryan much of their success for sticking with them during their building years. Ryan Villopoto still has green bikes in his garage in Washington and that won’t likely change, but it certainly drops off quickly. Damon Huffman is a two-time 125 supercross champion and premier class winner and he doesn’t get bikes from anybody. He didn’t spend his entire career with one brand, so maybe that’s a factor. But Jeff Ward, who was Kawasaki’s longest-contracted rider, doesn’t get free bikes from Kawasaki anymore. So, it seems like there is a statute of limitations on how long the hookup goes. Basically, if you are still involved in the sport and you have a good relationship with the manufacturer you spent much of your career with, they will hook you up. If not, good luck getting 10 percent off at your local dealership. Works parts? Those only get kicked down to the very elite: Dungey, Carmichael, RV, etc.