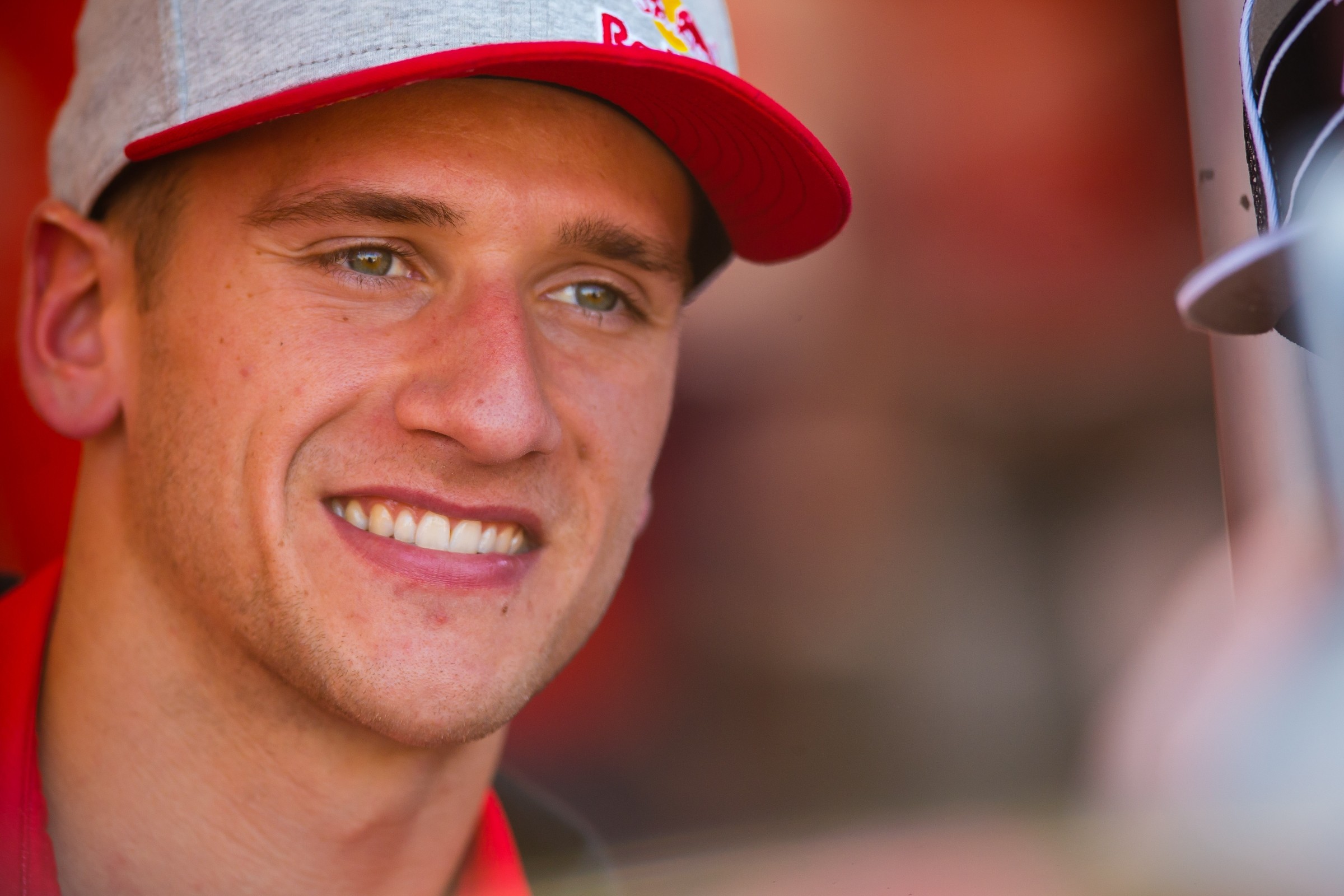 We’re into December, so it’s no longer too early to start bench racing for 2018. And if we’re talking next season, Ken Roczen is topic number one. He’s doesn’t have the recent momentum, wins, or titles like Eli Tomac or Marvin Musquin, but that’s not the point. Ken’s attempt to rebuild from a devastating injury is the ultimate X-factor in this sport right now. We already know that Tomac, Musquin, Jason Anderson and many others will be ready when Anaheim comes. But Ken, following such a long layoff and 11 surgeries, lives in a different space. He could sink or he could swim, and either way it will be a story. He’s in that straw-that-stirs-the-drink space once owned by Chad Reed and James Stewart--even if they're not winning, people are still talking about them. Kenny can’t be counted out, he can’t be counted in, he can’t be ignored.

Why has Ken been so open with documenting his injuries, which have been downright gruesome at times? Because he’s writing the backstory for this ultimate comeback. Few athletes think of the story while they’re in the moment. Ken always has the big picture in his mind. It’s that combination of ability and personality that makes him stand out from the rest of today’s racers. Tomac and Musquin are great riders and nice guys: Marvin appears incapable of saying anything bad about anyone, and Tomac just doesn’t say much at all—his answer to most questions is that he literally doesn’t know what to say, even to his detractors, even when given a chance to defend himself. He doesn’t talk; he just works and races.

People like that story as a young racer climbs the ranks, but once he becomes the establishment, he goes under the microscope and flaws are found. If Tomac goes on a big title run, “yeah, but he’s boring” is going to come with it. “I wish these guys would talk some shit” will follow. Just wait.

Further, if you think Ken liked to stir it up before, he’s going to hit the redline this year. I got to spend some time with him while hanging at Red Bull Straight Rhythm, and I can tell you that this guy is fired up. Ken went through nearly 11 months of watching other riders win the races and titles he thought should be his, and it is driving him nuts. The fire burns so hot that it has completely melted any previous narratives. Remember when Kenny left Aldon Baker and it became easy to assume he didn’t want to work hard? Talk of laziness has been completely eradicated, as Kenny had long since proven he will do the work. Now we all picture him ready to put his surgically-repaired fist through the wall. He wants it. Really, really, really badly.

In fact, tempering expectations against a temper could prove to be his biggest challenge of all. Ken Roczen simply doesn’t do eighth-place finishes, especially not at Anaheim 1, which he won three out of the last four years. This could be work in progress, but there’s so much pent-up passion here that patience could be hard to come by. I’m sure everyone around him has told him a thousand times to take it easy and let this come to him. However, remember that backstory Ken has been writing? He’s rehearsed it in his mind for 11 months, and I’m sure it never played out with a series of seventh- and eighth-place finishes. He’s an Alpha Dog, and he wants to beat these dudes badly. That’s the attitude you’re getting from Kenny.

Lord knows the sport could use it. With Stewart presumably gone forever, the Ryans retired, and the odds stacked as high against Chad Reed as ever, there’s a void at the top. We’re not talking a lack of talent; we’re talking the need for superstars. Ken Roczen looks, talks, and walks the part. We’ll know pretty soon if he still fits it—and for everyone’s sake, even the ones want to see someone else win, it would be beneficial if he does.