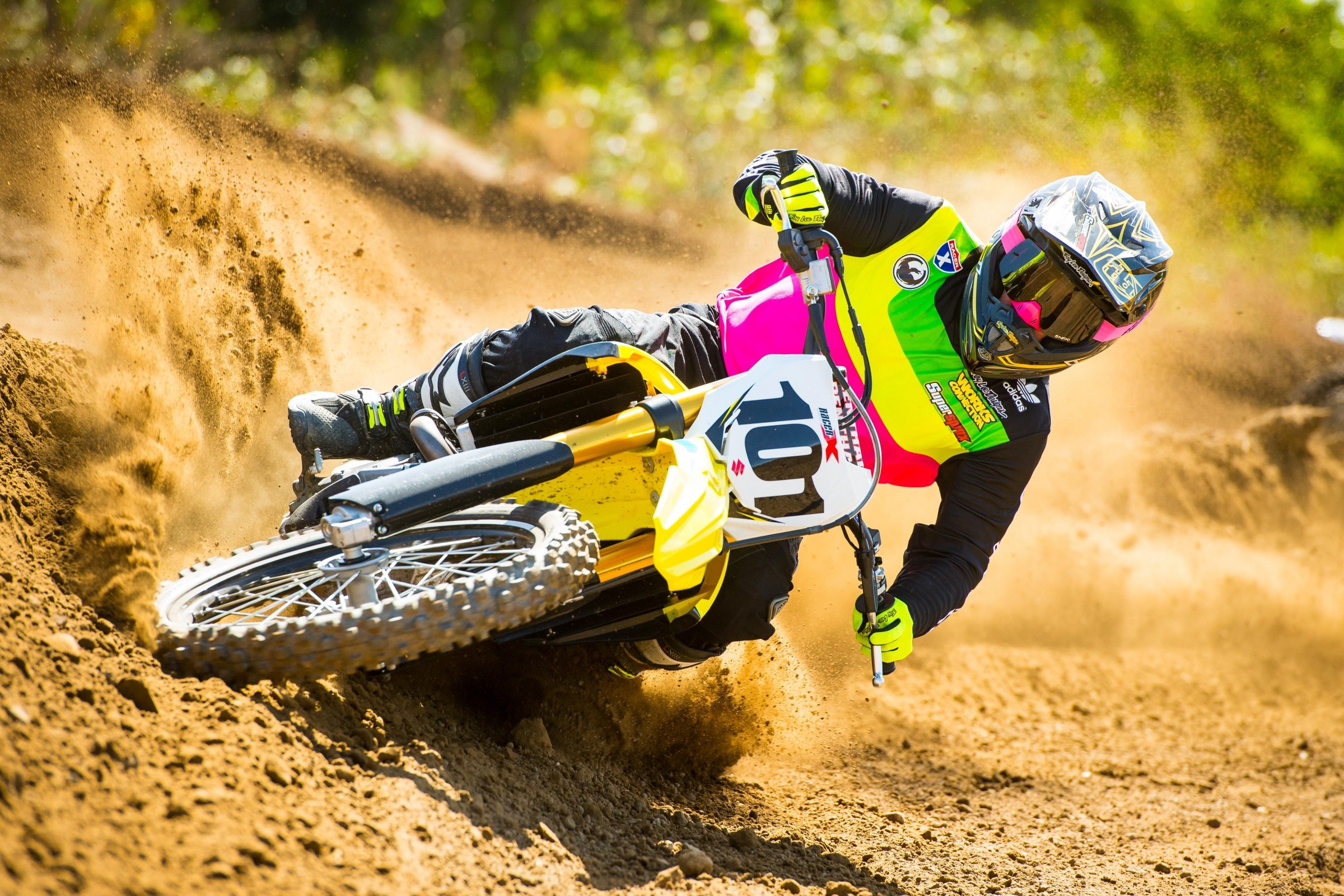 To get through the off-season I've been You tubing some of the old Superbikers episodes that were on Wild World of Sports in the early 1980's. Motocross guys like Danny "Magoo" Chandler would go against road racers like Eddie Lawson and top flat trackers like Bubba Shobert. These guys were ripping over 110 mph on big bore two strokes like the RM 465. It was actually really fast and close racing with only a few small jumps and whoops in the dirt section. Many competed on their flat track Harley Davidsons. I know this was a different era, but if this was held today do you think any of today's top guys from flat track, road racing or speedway could be competitive with today's top motocross guys on a similar track? Would anyone dare ride a flat track bike and think they had a chance?

As you may or may not know, the Superbikers events spawned modern Supermoto racing. Conceptually, racers from multiple disciplines could compete on a course that didn’t favor any one group in particular. As you mentioned, the racing can be great and it doesn’t need massive jumps or whoops. When Supermoto really took off here in the early 2000s, motocross guys were typically the quickest. Wardy, McGrath, Dymond, and Henry pretty much ruled the roost. But there were some flat track and road race guys who made their way and had success. Troy Herfoss was an Australian road racer who was really quick. We also had guys like Nicky Hayden, the Bostrom brothers, and Larry Pegram jump in and do well. The reason motocross guys have an edge is because they are comfortable with more types of terrain. When flat track and road racing guys get into a jump section in the dirt they aren’t comfortable. Motocross guys might not be quite as quick on the pavement but it would be similar to riding on hard, slick dirt so they adapt. It’s a shame Supermoto fell off the map so completely when the economy tanked. When they are done right, Supermoto events are amazing to watch, much like their predecessor, the Superbikers events.

First off I’d like to congratulate you on not only becoming Mayor (of where?) but also having a bourbon named after you. Well done, sir.

This upcoming SX season sounds like a looming catastrophe. MX/SX racing has baffled non racing fans for years and now we are going to make SX races more complicated with this Triple Crown triple load of BS multi-format racing next year. How does this make the racing any better?

I think SX is going in the wrong direction to try to entertain or draw more fans. I’d like to hear your thoughts on the new format.

I just had somebody send me a pic of that recently and I love it. I’m not a bourbon guy but I may have to give that swill a shot—literally. Pingree: Mayor of Boozetown… population, one. While we share an affinity for well-named hooch, I’m not as pessimistic as you when it comes to the new supercross format. I’m not one of these guys who believe everything is perfect the way it was, but I also don’t think you need to reinvent the wheel. The format has been working so why fix what isn’t broken? That said, I’m fine with experimenting a little bit to see what works and what doesn’t. The Monster Energy Cup has been a good test of some of those changes but time will tell if they are too much of a gimmick in the middle of a points-paying series. I can see team managers losing their minds if they have a bad weekend at one of the Triple Crown events. As a fan, I just want to see close racing and the three moto format could provide that with elevated intensity. Before you show up with torches lit, let’s give it a chance.

If you could change three things in AMA Supercross or Motocross to improve the sport, things that are actually possible; considering economics, OEMs and practicality etc. What would they be? I assume one would be Nets & Bowl Berms?

First of all, nets and bowl berms are a Matthes’ hang up, not mine. The first thing I would do is make the 250 class a straight-up 250cc class—two or four-strokes welcome. That would let privateers and small teams compete in terms of horsepower once again, as well as intrigue fans. Sure, Kawasaki, Honda, and Suzuki would be pissed off but it’s a chance I would take. It isn’t promoters or fans fault that the sport was steered in a bad direction years ago. Somebody at the helm just needs the balls to make this happen. I would also take supercross back into as many football stadiums as possible, rather than the baseball diamonds that have become more prevalent. These allow for layouts with longer straights and more 180 degree turns, which create passing opportunities. I would tell Dirt Wurx to go back and look at the track designs they had in the early 2000s and tell them to replicate them as well; tracks have become faster and less technical over the years. Third, I would continue to develop classes for 125s again. The FMF Triple Crown was a huge success last year at the Nationals and it is set to expand once again in 2018. Local promoters need to add classes as well so there is a place for 125cc bikes. Without an entry-level bike, and a class to race it in, motocross will struggle at the grass-roots level. If we keep going the same direction we’ve been going we will price ourselves right out of business.