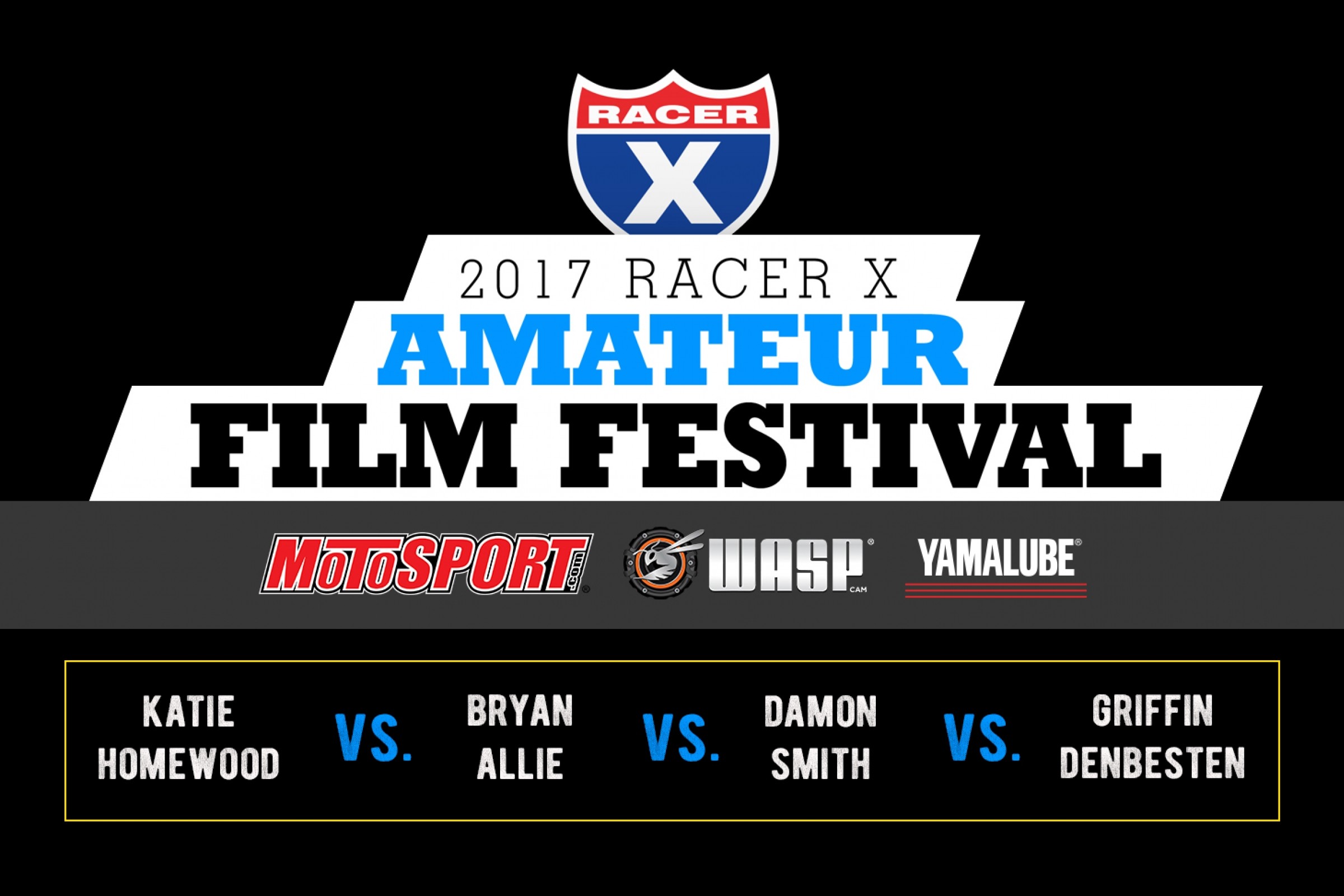 The fourth and final round of the 2017 Racer X Amateur Film Festival presented by MotoSport, WASpcam, and Yamalube, semifinals has been finalized. Australia's Katie Homewood defeated Hungary’s Adam Vidovics to advance to the finals.

The first four weeks of the Racer X Amateur Film Festival, presented by MotoSport and WASPcam, and Yamalube hosted what was arguably the most competitive field to date—but the competition isn’t over yet. The finals are here, which means that the dozens of entries from amateur videographers across the world have been whittled down to four finalists:

This year's champion and runners-up will be determined through one more week of voting by you. So watch them one more time, then vote for your favorite one. And remember, you can vote up to once per day through Nov. 30. Vote now!