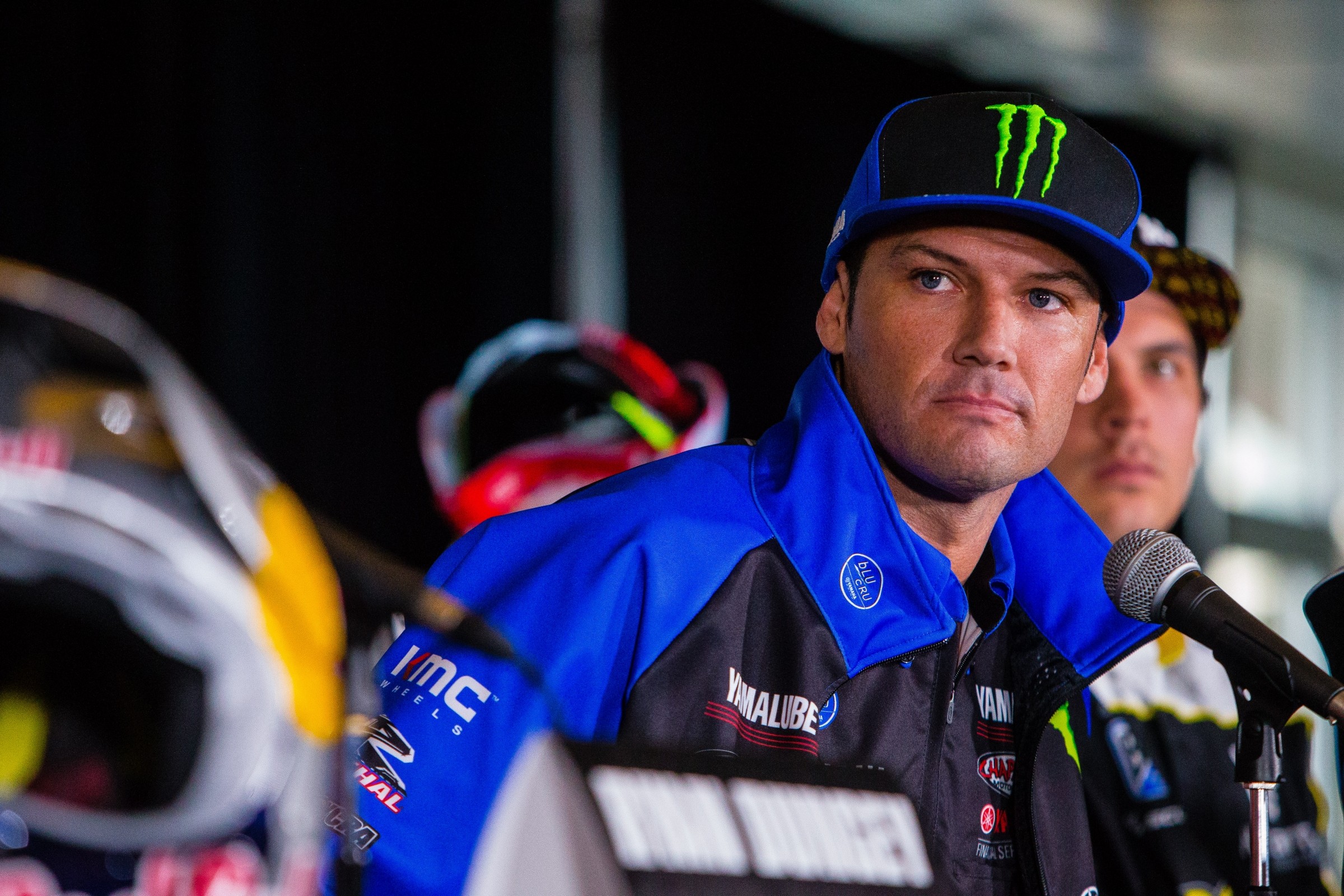 Every Silly Season transpires differently. Some years factory rides are flush, and deals are announced early. Other years, big name riders are hanging on by a thread leading all the way up to Anaheim 1. Despite the common narrative that says there aren’t enough factory rides this year, the numbers show that isn’t necessarily the case.

As of November 1, only five riders of the top 20 in 450SX points from last year have yet to announce a deal. One of those riders retired (Ryan Dungey) and another (Mike Alessi) is not expected to race supercross in 2018. This leaves just Chad Reed, Malcolm Stewart, and Justin Barcia on the list—and they could still announce factory supported deals in the coming months. Nearly a full gate of factory supported riders will be at Anaheim 1, which has most certainly not always been the case in this sport.

Let’s take a look at five riders still available and where they stand as of today.

Although he’ll turn 36 during the 2018 supercross season, Chad Reed still wants to race—and at a high level. He’s yet to announce official details on his plan for next year, but at Red Bull Straight Rhythm he told the live announcing crew he expects to be on Husqvarnas next year. Earlier this week, Reed posted a photo on his Instagram on a Husqvarna with Boost Mobile graphics.

Prior to Straight Rhythm, Reed told Racer X’s Steve Matthes that if he did put together his own deal, it would not be akin to his TwoTwo Motorsports team.

“I think the whole TwoTwo Motorsports concept has failed,” he said. “I think I made it clear that that’s not an option. There’s a chance that I could go alone and do something, but it won’t be along the lines of how I did it before at all. It will be very, very different. I want to race.”

Reed did undergo surgery last week to repair two fractures in his ankle, but he expects to be ready for Anaheim 1.

After a three-year run with Joe Gibbs Racing, Justin Barcia was not re-signed this past off-season. The team elected to stick with Weston Peick, and brought over Justin Bogle from the now defunct RCH Racing team.

With the help of Tim Bennett, Levi Kilbarger, and Morgantown Powersports, among others, Barcia was back on a Honda, a brand he spent much of his pro career with, for the Monster Energy Cup, but has yet to announce if he’ll continue under his own effort for 2018.

One rumor worth keeping an eye on is Barcia and factory Yamaha. With Davi Millsaps’ status for the start of 2018 still up in the air due to injury, there is talk the factory team could look at Barcia as a replacement. It probably helps that Barcia still has his Monster Energy deal and the energy drink brand backs that team. Also, Yamaha allows riders to make their own gear deals, which helps Barcia’s case because he’s locked in with Alpinestars. Barcia mentioned earlier in the off-season that team gear deals (such as Rocky Mountain ATV/MC’s exclusive with Fly Racing) limited some of his options.

It has been relatively quiet on the Stewart front, but the rumor of the brothers putting together their own team for next year has yet to truly go away, and Racer X’s Steve Matthes mentioned this earlier today:

About a month ago I put into a call with someone in the Stewarts’ inner circle and was told that Malcolm had nothing and the Ride365.com team he was on last year was an option still but it wasn’t looking good. In the meantime, Mookie turned down the MEC, Red Bull Straight Rhythm, and overseas races because he just couldn’t get everything sorted. I was also told that nothing is going on with James, he’s golfing and being a dad.

But good Gahd, that’s James Stewart Sr.’s music! Now I hear that Big James has been trying to get something going with both brothers on their own team. That was a while ago and I’ve heard nothing since. Malcolm showed legit speed last year in the 450SX class and I would think he could get something, but I guess not.

We know that a few months ago Red Bull put some bikes together for James to ride for a video project (you saw teaser images of these machines in some of the Straight Rhythm promos) but he ended up not riding and the videos never happened.

Alessi has yet to announce his plans for next year, but most assume Monster Energy Supercross will not be a part of his deal. Mike has spent the last few years with MotoConcepts Racing, but was not part of their team announcement earlier this year.

It’s not certain if Alessi, who turned pro in 2004, will announce his retirement or not (he’s spent the last few years racing outdoors in Canada, and could return for another year), but most expect he will not compete in a full season of supercross in 2018.