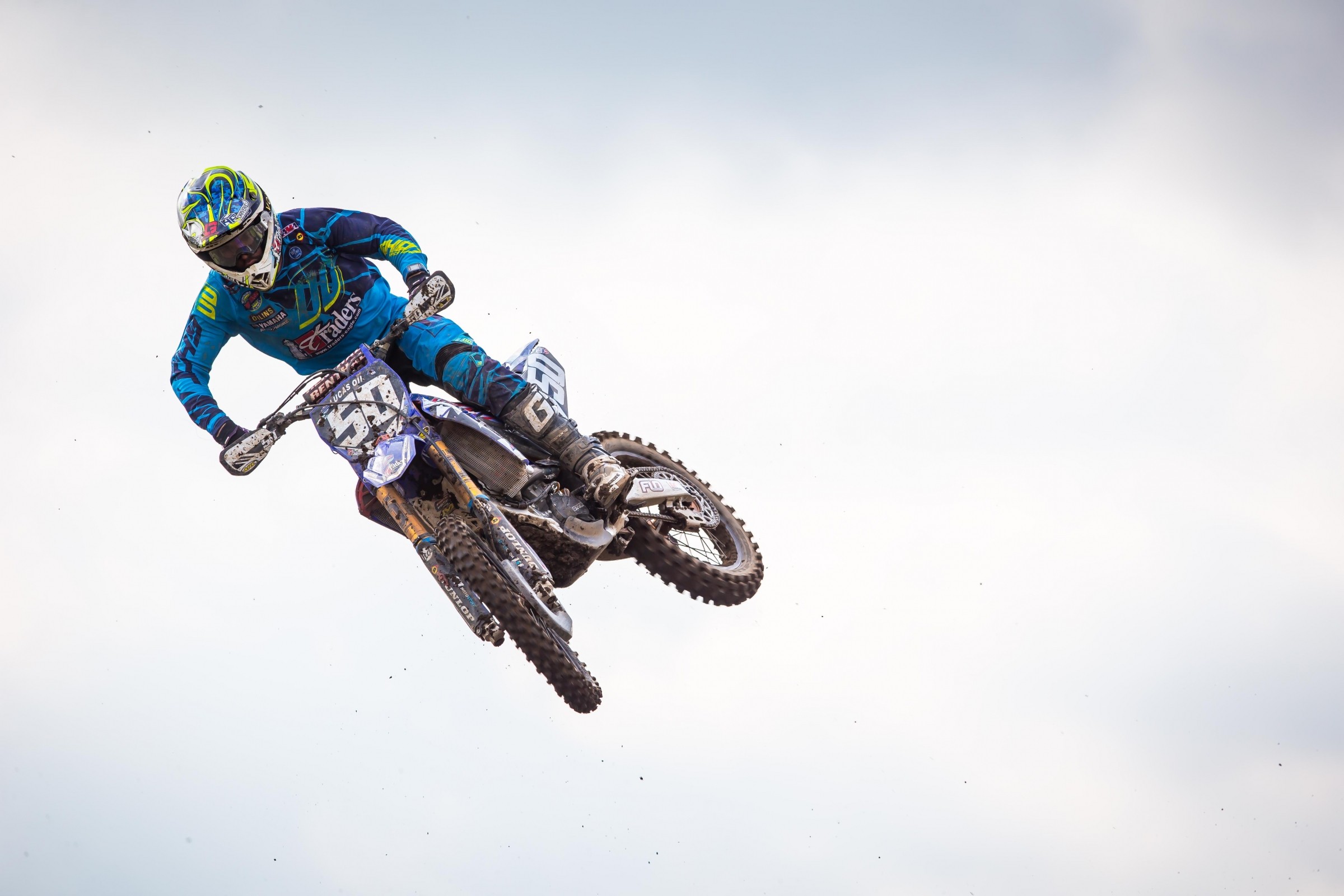 A few weeks ago the world got to see the ultimate showdown in Las Vegas between Floyd Mayweather and Connor McGregor. The fight divided friends across the country and sparked pointless debates that we’d probably all like to forget. That fight has come and gone, but this weekend at the Unadilla GNCC, we’re getting another all-star matchup. Good friends Luke Renzland and Michael Stryker will line up in the XC3 class on some borrowed 125s and battle it out for bragging rights.

It might seem like a weird choice for a current 250 class pro (Renzland) and the 2016 Junior 25+ Loretta Lynn’s champion (Stryker) to want to race a GNCC, but a quick look at their social media channels and it will become a little clearer. They both love to do any type of riding they can, whether it be motocross, supercross, trials, or cross-country. In fact, they both admitted that they probably enjoy messing around in the woods and on trials bikes more than they enjoy racing motocross.

In honor of the Mayweather/McGregor showdown we decided to give these two natives of the Northeast a call as they were driving to upstate New York to pick up their 125s, in the hopes to get the smack talk going before they take to the woods at Unadilla this weekend.

Racer X Online: So, what are the expectations going into this race?
Luke Renzland: Kailub Russell who?

Getting skiwompy today! You guys will be able to feast your eyes on this two stroke video project soon! Can't thank everyone that helped put this together enough!

Who’s going have the best finish between you two?
Stryker: I’m definitely looking to take the win, but I think Luke’s overall endurance is about a 1000 times better than mine at the moment.

Renzland: Stryker has the experience with GNCCs, he has a few under his belt. I’ve never raced a GNCC, I’ve never raced any kind of woods race at all, I have never even attended one so I don’t know what I’m in for. I think after three hours, with my inexperience and Stryker’s old age, I think we’re both going to be slithering across the finish line.

Stryker: I can’t even disagree with him.

Renzland: I’m full whiskey tango out there at all times

What are the chances that neither of you finish this race? I’m thinking pretty high.
Renzland: That’s not an option. If I have to push my bike around for the full last lap, that’s what it’s going to take.

I need a catchphrase for the weekend from both of you.
Renzland: Eat through the pain!

Stryker: It's a great way to stay in shape….

Who finishes better at the Unadilla GNCC?

Renzland would like to thank Mike Parker from Parker MX for letting him ride his bike! Check out Parker MX for a top-notch motocross facility in upstate NY.

Stryker would like to thank the Maresca family for letting him borrow the bike and the Boyesen family for hooking him up with some trick parts. StrykeDaddy Inc. and all my regular sponsors Fivestar Powersports, Fly, Scott, Sidi, Renthal, RK, Excel, Dunlop, Ohlins, Snuffy Racing, Black Diamond Graphics, Rekluse, Yoshimura, and everyone else I forgot, thank you.