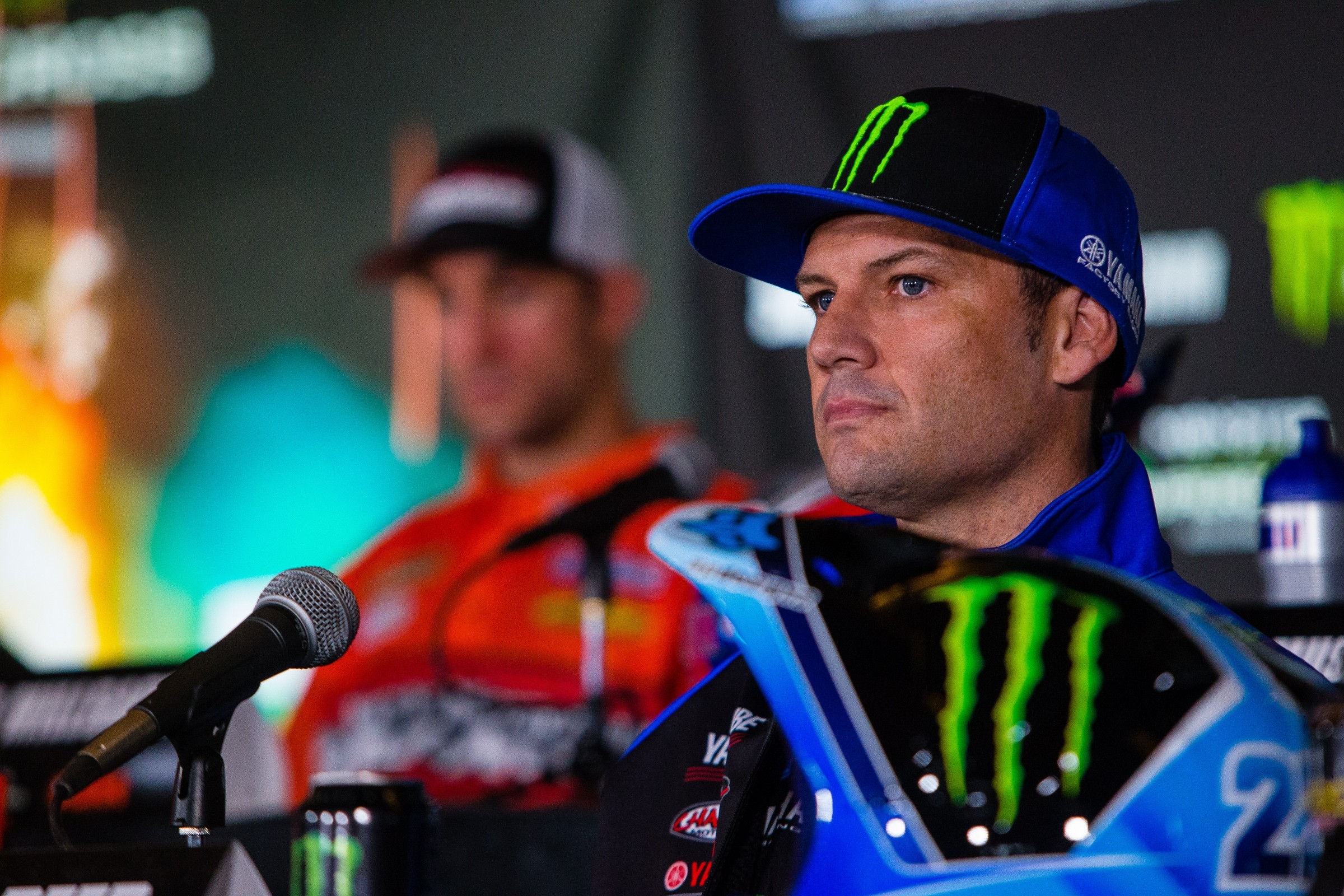 Who is going to Red Bull KTM?

The coveted second spot under the Red Bull KTM awning appears to be going to Broc Tickle. Following four years with RCH Racing, Tickle found himself on the market after the team announced it was shutting down at the end of the 2017 season. We hear he’ll join Marvin Musquin on the team, who signed an extension earlier this year through 2019.

Justin Barcia and Chad Reed are a few names that were also linked to this ride. But after running a three rider program the last few years, team manager Roger DeCoster told Transworld Motocross in July that the team will go back to a two-rider team for 2018. We suspect they’re saving their pennies to take a run at someone else. We’ll see if that plan changes in the coming months.

Where does Reed go?

It appears Chad Reed won’t be returning to factory Yamaha. So, where does that leave the veteran? As mentioned, he’s been linked to Red Bull KTM and AutoTrader.com/JGR Suzuki, who is replacing RCH Racing as Suzuki’s factory effort next year.

What about the Stewarts?

The rumor mill has been rather quiet on the Stewart front lately. There has been talk of James starting his own team, which could debut at the Monster Energy Cup, but nothing substantial has been announced on that front. Would Malcolm join him as a second rider on the team or will he seek out his own deal?

With Reed apparently out at Yamaha, it appears the team could go after Davi Millsaps for next year. Millsaps spent last year with Rocky Mountain ATV/MC-WPS-KTM, but is currently sidelined after undergoing surgery on both wrists after Monster Energy Supercross and the team might pare down to just Blake Baggett and Benny Bloss. We’ve also heard Millsaps name linked to a supercross-only deal with Red Bull KTM, but that slot could be a fit for Reed also. But that’s only if Red Bull KTM chooses to create a third slot, which would likely be for supercross only.

With RCH shutting down, Justin Bogle will be searching for a new ride for 2018. He’s been linked to MotoConcepts Racing, but nothing has been announced on that front. And what about Justin Barcia? As mentioned, he was linked to Red Bull KTM, but that deal may not go through with Tickle apparently joining the team. Could a return to JGR be in the works? While we have noted that all the pictures of JGR’s 2018 RM-Z450 featured Weston Peick’s number, never, ever rule out anything on the silly season front—Barcia could be back.

Justin Hill has never been shy about wanting to go to the 450 Class, and after winning the 250SX West Region Championship he’s got some leverage. He’s already a Monster athlete and Yamaha has that second slot (Reed’s this season) available so that could end up being his. If that happens, a slot opens up at Monster Energy/Pro Circuit Kawasaki in the 250 Class. Hey, we’ve heard Martin Davalos, who has been riding well lately, won’t be returning to Rockstar Energy Husqvarna for 2018. Hey Mitch, remember Marty?