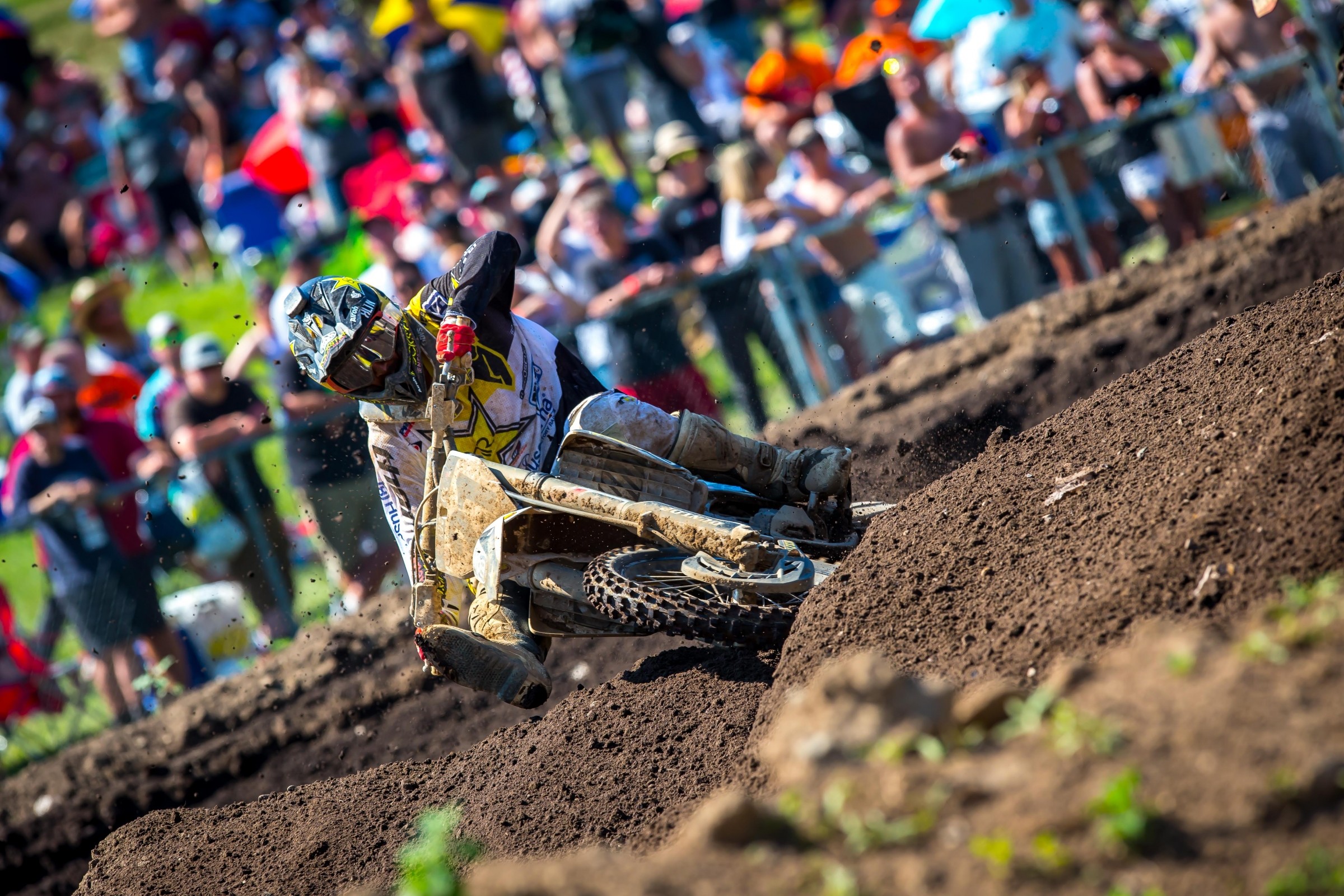 JASON ANDERSON – VARIOUS | OUT
Comment: Anderson missed Southwick after hurting his back while practicing during the week. Then he crashed on his road bike and got some bad road rash on his hands. On top of all that, he’s apparently still dealing with the effects of his broken foot from the Motocross of Nations last year. The hope was that he’d be back for Unadilla, but the combination of these injuries will likely keep him out of competition for the rest of the season.

JUSTIN BARCIA – HEAD | IN
Comment: Barcia sat Washougal out after crashing and getting knocked out in practice. He took the week off and will race Unadilla.

JOSH GRANT – KNEE | OUT
Comment: Grant had surgery on his knee after hurting it at Southwick and will miss Unadilla.

DAVI MILLSAPS – WRISTS | OUT
Comment: Millsaps had surgery to fix his injured wrists after supercross. There is no set date for his return.

The building process has been tough, trying to get my ankle back strong for the demand of riding a dirtbike. Speed and fitness will still come. Just happy to be back grinding and suffering in the heat again, waiting to get back behind the gate. Thank you to all the badass people and companies behind the scenes that have stayed there to help me!

BROC TICKLE – SHOULDER | OUt
Comment: Tickle dislocated his shoulder at RedBud and will miss the rest of the season.

COOPER WEBB – KNEE | IN
Comment: Webb missed Washougal after injuring his left knee at Spring Creek. He’ll be back this weekend for Unadilla.

AUSTIN FORKNER – CONCUSSION | OUT
Comment: Forkner sustained a concussion while practicing and missed Millville and Washougal. He’s out for Unadilla.

JUSTIN HILL – WRIST | OUT
Comment: Hill injured his wrist during practice at Millville. He attempted to race at Washougal, but will sit Unadilla out. The team did not specify a return date.

ALEX MARTIN – COLLARBONE AND SCAPULA | TBD
Comment: Martin missed Washougal after injuring his collarbone and scapula while practicing in Florida. He plans on riding today [Thursday] and will decide whether or not he’s race ready.

[Update: Martin announced he will not race this weekend.]

CAMERON MCADOO – SHOULDER | OUT
Comment: McAdoo reinjured his shoulder at RedBud and is out for the season.

MICHAEL MOSIMAN – SHOULDER | OUT
Comment: Mosiman will miss the rest of the Nationals after having surgery on an injured shoulder.

MITCHELL OLDENBURG – COLLARBONE | OUT
Comment: Oldenburg broke his collarbone at Glen Helen. There was hope he might be able to return for Unadilla, but it won’t work out.

JORDON SMITH – MCL | OUT
Comment: Smith is healing up after tearing his MCL and will miss Unadilla.