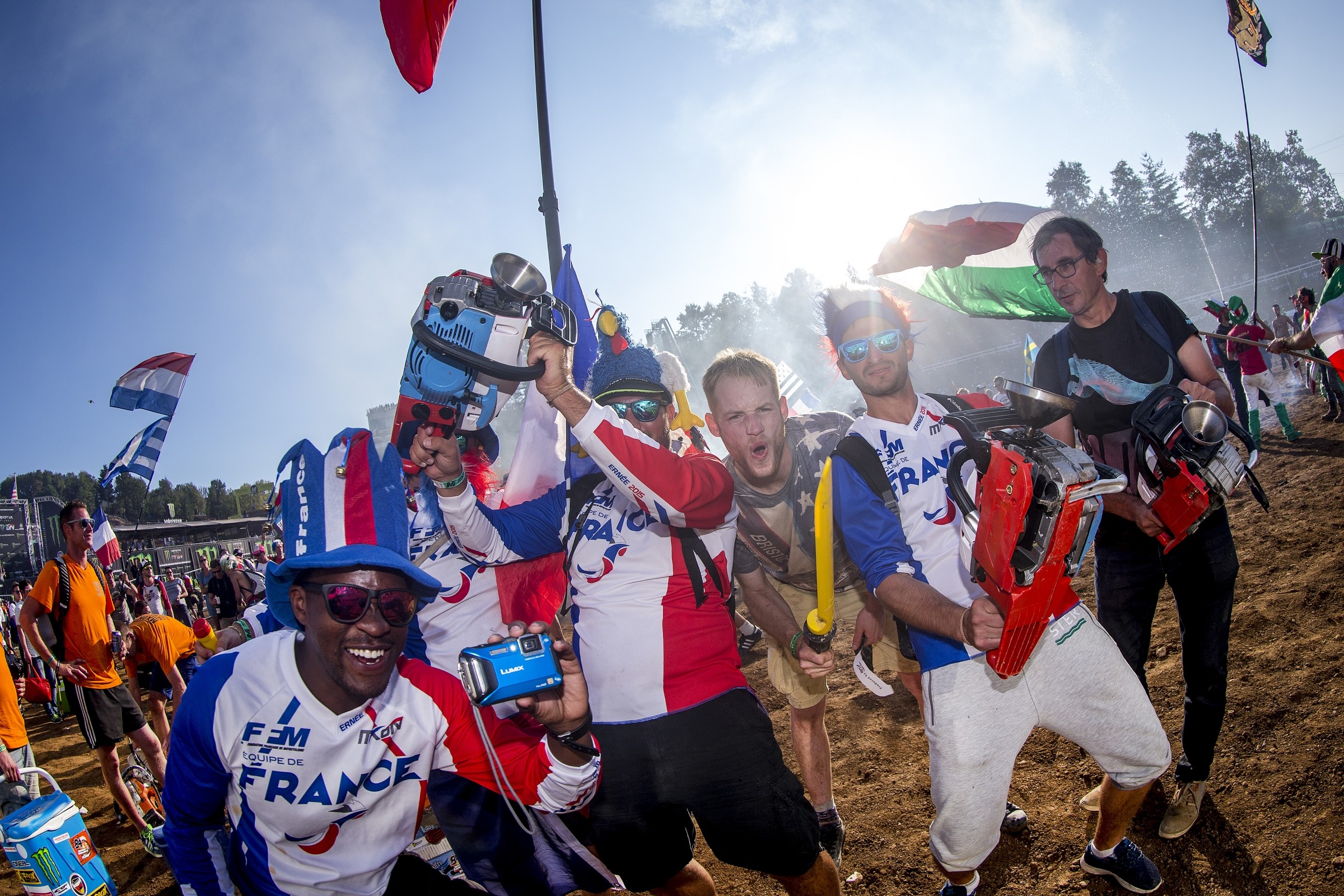 3 on 3 Early Questions for the MXoN

Jason Thomas: For the love of all things holy, I hope so. He is the #1 rider in American motocross and the team just isn't the same without him. He has the ability to win from the front, charge from the back, and quite simply gives us a better chance to win. The decision comes down to whether or not Tomac wants to navigate the gauntlet his September and October schedule presents. The USGP in Florida is a Monster Energy sponsored event so he is contracted to go. Once that event ends, Tomac would be able to rest and then begin preparing for supercross, including the Monster Energy Cup in October. With the Motocross of Nations, he would have to keep training and riding outdoors through September before he could take a break or switch gears to supercross. It basically adds another month to the outdoor season. It's a big ask and I wouldn't be surprised to see him pass again on my favorite event, but I’m hoping that he boards a bird for jolly ol' England.

Chase Stallo: It’s all speculation at this point … but I have no idea. I’m not going to say either way, because again, I have no clue. Let’s hope he does.

Steve Matthes: JT did a good job of recapping the ins and outs of why Tomac wouldn't go to the MXoN for the second year in a row and just like last year, I can't blame him for not going. But Tomac's never been on a winning USA MXoN team and I say he'll make the trek to England to try and stop that streak. Last year he had to race in the two USGPs that he really didn't want to do; this year there is just one. It blows me away that Monster Energy, who sponsors both the USGP and the MXoN, would prefer the USGP over the premier motocross event in the world, but that's another argument for another day. I think he races.

Who should be the Open Class rider?

JT: This Open Class spot could go several different ways. I’m pretty sure Blake Baggett is out due to his thumb injury, so remove him from the list. If Tomac doesn't race, that puts Jason Anderson into the MXGP spot. The Open spot would then theoretically go to Cooper Webb or maybe Jeremy Martin on a 450? I would say Webb is the more likely candidate and gives him a shot at redemption on his 2018 YZ450F. If Tomac races, then I would assume the Open spot goes to Jason Anderson, and that's assuming he’s healthy after his recent run of incidents. The only real lock seems to be Zach Osborne for MX2.

Stallo: Unfortunately, I think this will boil down to who’s healthy rather than who’s the best choice. Baggett is nursing a thumb injury and Anderson has been banged up (although he’ll likely be fine by the Motocross of Nations). Those two, as of now, are the best two options for the Open Class if Tomac decides to race MXGP. To answer the question: if everyone is healthy, I think Baggett is the choice, with Anderson a close second.

Matthes: If he's healthy by then, Anderson should absolutely get another chance to go over there and finish what he started after that bizarre deal last year. I'm not really down with JT's choice of Webb, he just hasn't been the same guy this year. I would go with Justin Barcia, who's generally ridden very well at this race. But then again there's the problem with him probably leaving Autotrader.com/JGR Suzuki at the end of the year and the cost of this race and all that. The fact that you have all these "problems" for the USA riders and teams to get to this race is one reason we need to drastically re-think this event.

Who is the favorite based on the options in July?

JT: If the USA sends Osborne, Tomac, and Anderson, I like our chances. I don't think we are a dominant favorite, but I like our team in that scenario. France's team will likely be Gautier Paulin, Marvin Musquin, and Benoit Paturel. I could see Dylan Ferrandis getting the nod for MX2 but with Paturel on the winning team in 2016, I bet they keep him. The Belgians were strong last year and Clement Desalle has been very good this year. They were winning the event during the final moto so count on them being in the hunt again this year. Another contender could be the Netherlands as Jeffrey Herlings has found his stride on the 450 and Glenn Coldenhoff is a very good #2 rider for the Dutch. The UK and Aussies will also have world class talent. In the end, though, I like the USA to finally break its cold streak.

Stallo: It really depends on the team we send. For the sake of arguing, let’s say we send a team of Tomac, Osborne, and either Anderson or Baggett and France select Paulin, Musquin, and either Paturel or Ferrandis. If it plays out like that, then I think the U.S. and France are 1A and 1B entering the race, with Belgium a close third.

Matthes: Yeah, no matter what team USA sends, it'll be either 1A or 1B to the French team in my opinion. And you can never, ever, ever, ever count out the Belgians. Great waffles and great MXoN teams.