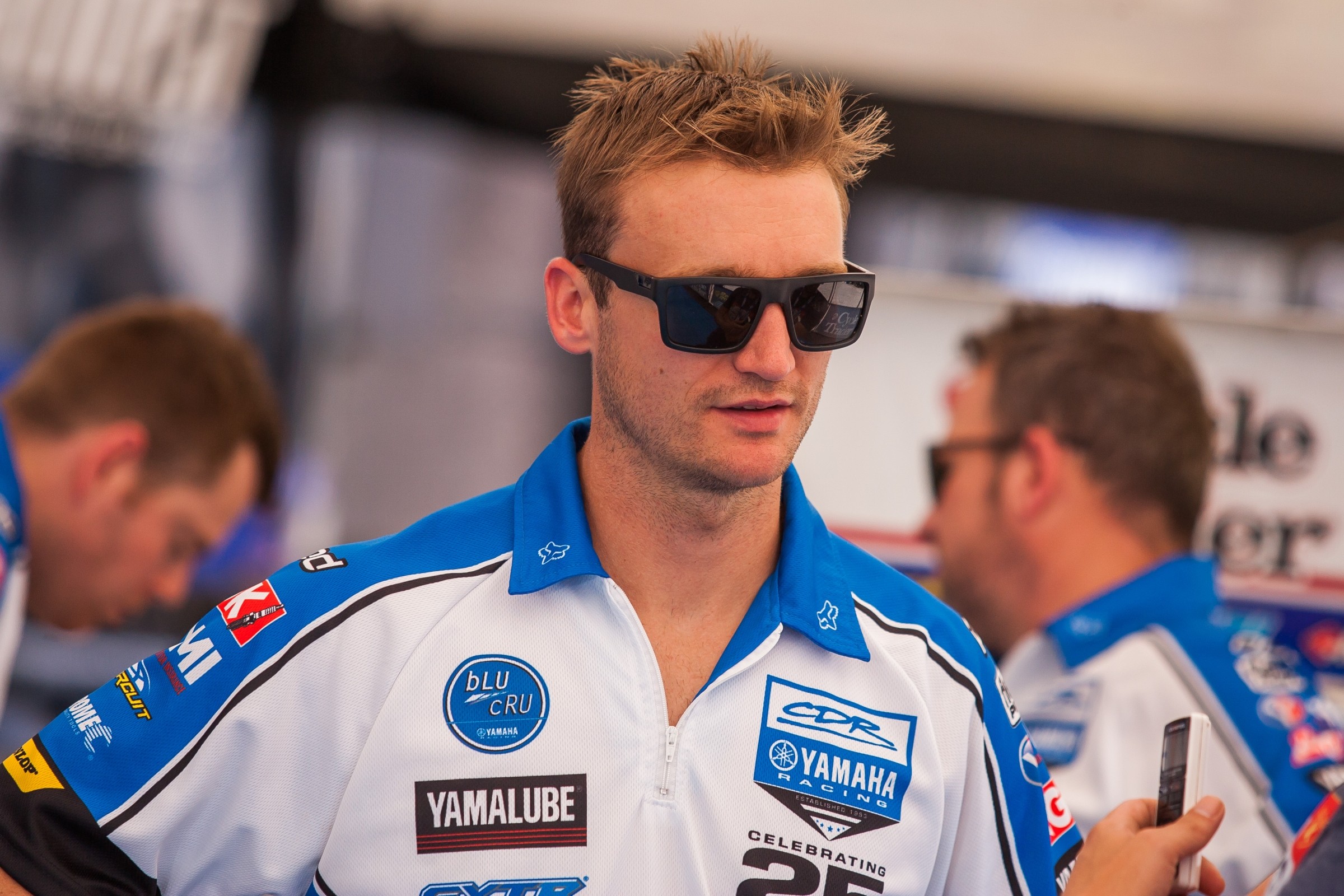 It’s the best way to do it—give them a taste, leave them wanting more. Australia’s Dean Ferris gave himself one chance to re-establish himself in America, and he made the most of it, qualifying third and finishing an impressive second in the first 450MX moto over the weekend at the Red Bull High Point National. He fell early in the second moto and found himself about last, but came back to 14th to salvage seventh overall. That doesn’t matter, though, because this is an audition, and speed sells. Ferris proved he can go fast.

“I’m happy with it, second moto was a bit of a write-off, I went down twice,” he said. “I was actually pretty spent because of the heat, it’s winter back in Australia. It doesn’t snow where I’m from, but it’s pretty cool. It’s definitely not [hot like] this. But this is just how I’ve been riding back in Australia, and probably a little bit slower [here] just because of the temperature, I started slowing down in the last 15 minutes.”

Ferris is dominating the Australian Motocross Championship, winning all five overalls and all but two motos in the MX1 Class. He also won the title last year, so the potential for two-straight championships back home has him thinking about heading abroad again.

Ferris was a MX2 Grand Prix contender for a few years, winning the Belgian Grand Prix in 2013 and nailing two holeshots and running up front all day during the Motocross of Nations in Germany later that year. It led to a Red Bull KTM 250 ride here in the U.S. for the 2014 season. Relatively new to supercross, he hovered around the top 10 in six 250SX West Region races (14-7-11-10-11-10) before breaking his wrist while practicing at home during the break. By the time he was ready to return, a fill-in ride (for the injured Tyla Rattray) had opened for Husqvarna’s Ice One MX1 team back in the GPs. KTM’s Roger DeCoster told Ferris he could choose to stay or go, but Ferris felt the GPs might offer up more employment opportunities for 2015, so he headed back to Europe. Until Saturday, he had never actually raced an AMA National.

A rough year in Europe in ’15 led him back home, and he’s rebuilt himself with the capable CDR (Craig Dack Racing) Yamaha team. In the back of his mind, though, he’s been planning a way to return to the U.S. He put together a plan during the five-week break in the Australian Championship. Ferris spent his own money to make a lot of this happen, and because of that, he decided he would do only one race.

“I could have done Colorado, but then I’ve be living in hotels for two weeks and that gets quite expensive,” he explained. “But the jet lag, though. I went to bed last night and then I was up at 2:30 a.m., just ready to go. If I ever did this again, I’d be going straight for the Ambien.”

Outside of the jet lag, Ferris did it right, bringing two CDR Yamaha team members with him and shipping his regular race bike, besides the wheels. He had one weekend to get it right.

“There’s nothing for my team back home to gain from this,” he said. “There’s a bit for me to gain. I’d like to come back next year; hopefully this would open a few doors. I’m available, that’s for sure. I wanted to get my feet wet and see where I was going to be. I kind of felt like I would be up front, but I just didn’t want to say that in case I wasn’t. I was just clicking off my laps and I felt like I did when I was home.”

Of course, for Ferris to succeed in the U.S. he’d have to do more than just podium outdoor motos. He’ll have to conquer supercross, and he believes he can.

“I got second in the [Australian] Supercross Championship last year. [Justin] Brayton was there; Wil Hahn was there. I surprised myself with supercross, it went well. I can definitely ride supercross.”

He got the chance once before, but it ended quickly. The silly season for 2018 is looking quite different than a year ago. Whereas there were more good riders than rides available last year, major shuffling (and the retirement of Ryan Dungey) might have some teams scrambling for talent. If they are, Dean Ferris wants them all to know that he’s ready, waiting, and willing.