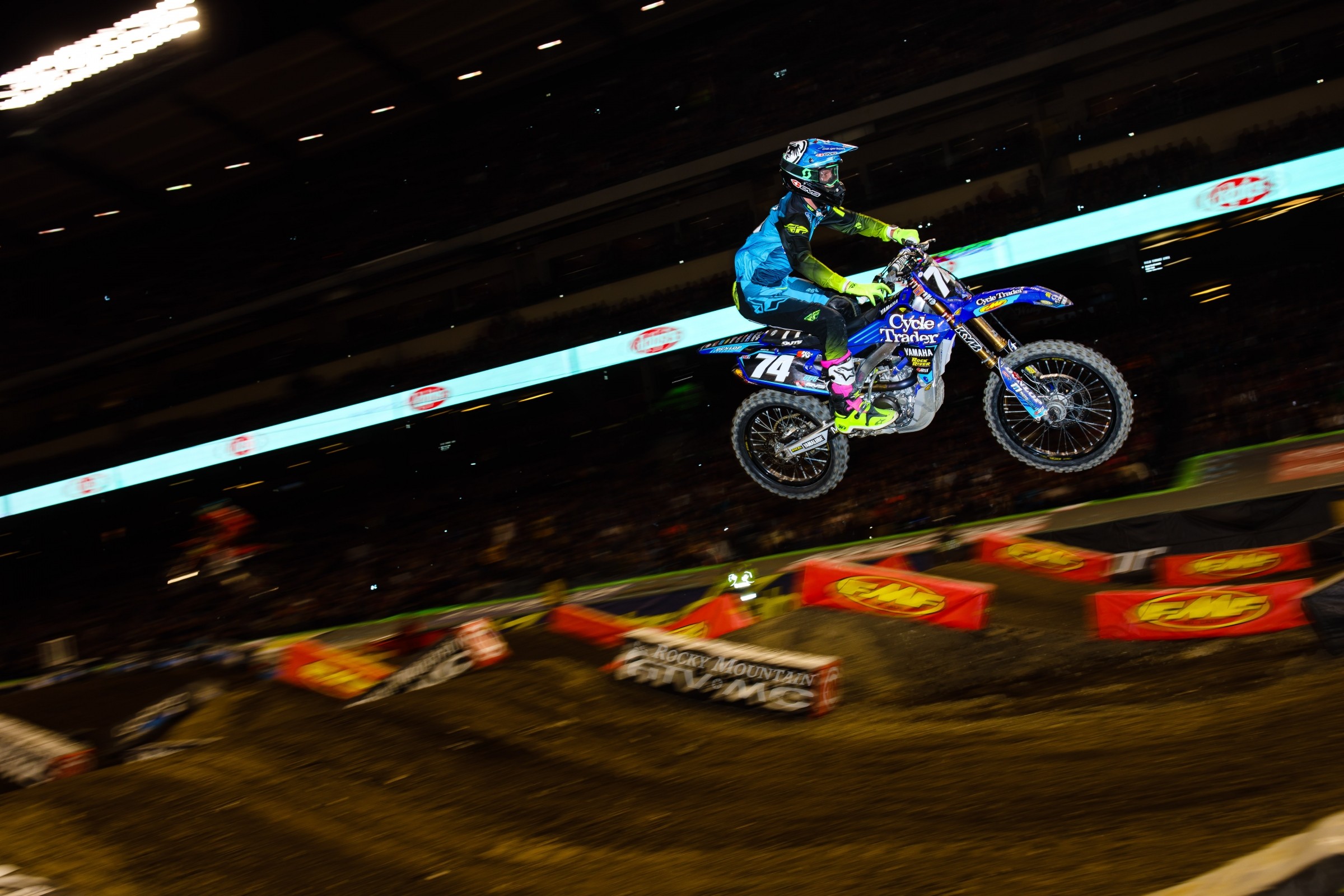 Bradley Taft made it just two races into the 2017 season before getting hurt at the practice track. We originally heard it was a concussion, and like a lot of people, assumed we would see him back on the track in just a few weeks. Heck, some racers even return the very next weekend. But week after week Taft’s name kept showing up in our Injury Report column before every round and he eventually missed the remainder of the Monster Energy Supercross season.

Concussions affect everybody differently and are a hotly debated topic in pretty much every other contact sport. Taft said that he took some flack on his social media platforms for taking so long to return to racing because people thought it was “just a concussion.”

In my opinion we should be giving Taft and the CycleTrader.com/Rock River Yamaha team kudos for taking their time to make sure it was 100 percent safe for him to get back on a dirt bike. In a sport where contracts can expire within a year, it’s tough to focus on your health when you think there might be people gunning for your spot on the team.

We called up Taft earlier this week to talk about the crash that put him on the sidelines over four months ago, find out just how severe his injury was, and his return to racing this summer.

Racer X: Let’s start with your crash practicing before Anaheim 2. What happened?
Bradley Taft: So before A2 I was out at Elsinore practicing and I just came up short on one of the rhythm sections and from what I know, I kind of endoed into the berm and the bike just slammed me in the head. Basically just pile drove my head into the ground. I had a TBI, which is a traumatic brain injury, and it was just … people comment on my Instagram like, “It’s just a concussion. It wasn’t that bad!” I went to three different doctors and was just making sure I was making the right decisions because I didn’t want to risk my life if I came back too early or something like that.

During the week what kind of symptoms were you struggling with?
Right after it happened, I don’t remember much for like five whole days afterwards. I just know I ended up going back to the ER because I had severe headaches. For about two weeks I couldn’t sleep. I’d be up … I wouldn’t go to sleep until eight in the morning and I wouldn’t sleep very much. I stayed up for like three days straight at one point just because I couldn’t sleep. But that was all I had. I never really had dizziness. I had the memory loss for the first five days, but once I was a week in I had no memory loss, no short-term memory loss or anything like that. The only real symptom I had for a long period of time was I had bad insomnia. I was on anti-seizure medicine and they thought that was part of it because right when I went off that I started sleeping.

Was the seizure medication just a precaution or had you actually been having seizures?
Whenever the people that were at the track, the EMTs, they said I had seizure like activity because I was snoring or whatever, and I guess that’s a seizure-like symptom. I never actually had a seizure.

How long after that crash was it before you were able to start working out? I know with head injuries people can feel fine until they start getting their heart rate up.
I started road biking and going to the gym about a month after. I went to the gym first because the doctor said, “Once you start sleeping normal you can go to the gym. Then if you go to the gym for a week and you have no symptoms of light headedness or dizziness whenever you’re getting your heart rate up, you can start cycling and doing stuff like that.” Basically I was doing my normal program about a month after, except for riding.

And now you’re back riding during the week?
I started riding … I think this week is my third or fourth week riding.

And you weren’t quite ready for Hangtown last week, are you going to be racing at Glen Helen this weekend?
Yeah, I’ll be there this weekend. At first I was gonna wait until High Point, but then the more we thought about it—we actually just made the decision this week to race Glen Helen. We were looking at the weather and it’s gonna be 79 degrees, so it’s not gonna be super hot, and obviously I ride Glen Helen every week so I’m comfortable there. I don’t have to travel because I live 30 minutes from the track. So we just thought it was a good race to come back to because there’s no travel or anything like that and I’m comfortable on the track.

How hard was it to sit out knowing there might be people gunning for your spot on the team?
It was hard to not come back. But I think as a racer you want to be racing every weekend regardless. Even if someone is trying to get my spot on the team. I think what bothered me most is just not being able to race every weekend. Everyone on the team was really supportive. Christina [Denney, team manager] wanted to make sure I took the time I was supposed to and that when I would return it was safe for me to do so.

What are your expectations for the summer now? I know you did three rounds last year, but this is still kind of a rookie year for you.
I think these first couple rounds I just need to get my feet wet. I just need to get some good starts and run up front for as long as I can. I haven’t been riding for very long so I don’t know if I’ll be able to do the motos or not. I think the by the end of the year my goal it to definitely be getting top fives and hopefully get some podiums.