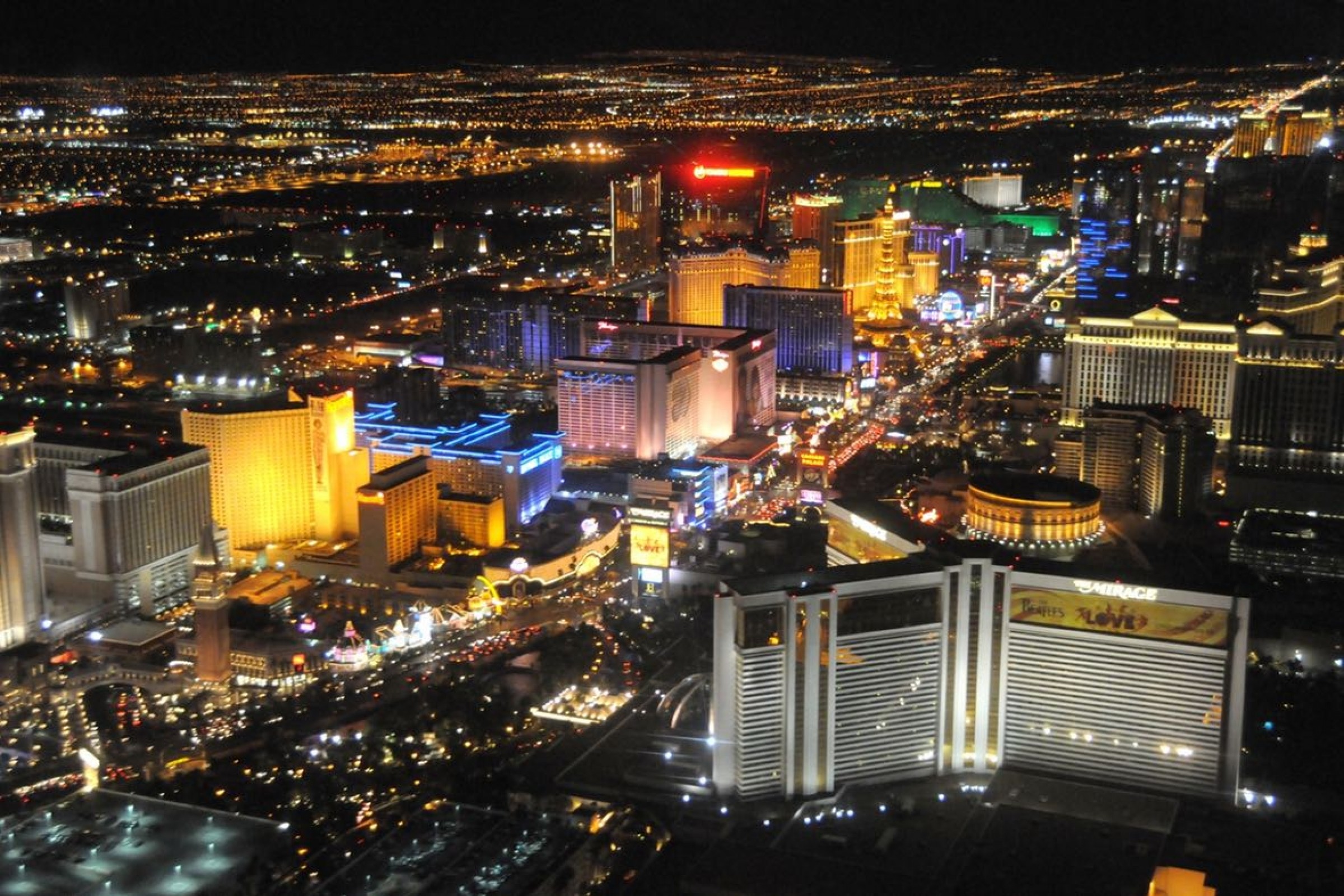 Viva Las Vegas! To say that I am excited for the finale in Vegas would be like saying some of Steve Matthes’ opinions are questionable. With the 250SX East Region sent into a tail spin last weekend, it’s going to be on in the desert! Beyond that, Vegas is such a great town for supercross. There is plenty to see and do, and we get great weather after a long winter at the races. The track is a unique one, sending riders outside of the main stadium and into the fast sweeper that this race has come to be known for. Firing back down Monster Alley gets the fans out of their seats and gives riders the fastest section of the season. The traction here isn’t the best, but it adds some variety after several sticky races in a row. Above all else, everyone’s mood just seems to be a bit better at this race. It’s the final race in a long series and the city just has a way of lifting everyone’s spirits. Those in the title fight may disagree, but this seems to be the most laid back of any race on the schedule.

Contrary to most years, the start for the finale is back inside the stadium. I personally like this better as no one could really see the start when it was outside and even though you could see it on TV or the Jumbotron, it just lost some of the suspense. Riders will roar into a nice 180 degree first turn before a big rhythm section right out of the chute. How this section shapes up will be fun to watch. The turn before it will be very tight, coupled with slippery Vegas dirt leads me to believe that riders will only be able to double in. Assuming that’s the case, the best option would be 3-3-3 out, sending riders outside into the sweeper. If a rider can find a way to triple out of the turn somehow, he would still triple his way through but the last jump may end up being a bit slower. With no huge upside, I think staying tight in the initial turn will be the best move.

After flat tracking through the sweeper, riders will land in a sand wash. This could be tricky as speeds will be really fast coming back into the stadium. Next up is a left-hand 90 and seven single jumps in a row. The typical approach here will be 2-3-2, allowing riders to use the inside in the turn after the sand and also carry speed into the following berm. A standard supercross triple is right out of this turn and look for the 250 guys to struggle if the turn gets rutted, especially in qualifying practice as conditions are typically on the muddy side.

After landing the triple, a right-hand 90 leads to a double and the first of back-to-back whoop sections. Vegas whoops are notoriously nasty and have seen some huge crashes over the years. James Stewart and Kevin Windham’s epic collision in 2011 was in the exact same spot as the second set of whoops and if they are built big, hold on to your hats. After the whoops, riders will get a chance to catch their breath as they unleash some horsepower down the start straight headed towards the finish line. This finish line has drama written all over it. To jump the finish, riders will have to swing wide and use the full berm. In doing so, the inside will be wide open and as we learned in East Rutherford last weekend, leaving the inside open is a big, big problem. Look for fireworks in that turn as the laps wind down.

Landing from the finish line, riders flow through a right-hand 90 and into another big rhythm section. On paper, the approach will be to use the berm to seat bounce and triple up the first three, then step on-step-on-step-on and finally off into the first turn. That will be the fastest line if all things are built according to the map. Carrying speed across those steps by landing clean on top of each tabletop will be critical.

Overall, the track looks technical but also fast. Jumping the big options will be crucial. The Vegas lap times are always over a minute so the race time could actually be consistent with previous years or even shorter than years past. It won’t really matter for the race results, but it’s an interesting change from most races this season.

Has Mitch Payton’s blood pressure returned to normal yet?

Which random 250 rider is going to insert himself into this East Region title fight?

What happened to Flight 370?

Does Ryan Dungey take it easy and settle for a third or fourth or does he approach it like a normal race and push hard?

Does Eli try to keep the field close in hopes of Dungey being shuffled back or does he sprint away and let things play out as they normally would?

Where do you think Dungey will finish in Las Vegas?

Mitch Payton is hot. His face looked like the mad emoji when the AMA levied the five-position penalty on Savatgy.

Zach Osborne and Jordon Smith were both visited by a gift horse in New Jersey. Who will look it in the mouth come Las Vegas?

Dylan Ferrandis rode very well all day en route to a runner-up finish last Saturday. He is a dark horse contender for the outdoor title.

Eli. Poor Eli. That one had to be tough to swallow.

Joey Savatgy crashed and then lost five spots via penalty. He lost his red plate in the process and is walking into a war zone this weekend.

Deven Raper lost the last qualifying spot in the last turn, then was dragged a good 10 feet by Tyler Enticknap’s CRF450R. His last name is also Raper, so there’s that.

Felt good all day and just got a little bit of bad luck! Glad Devon is alright from this! Just 20 more feet and I could of made my first Main event! Going for it in Vegas! Vidcred: @ne47

Marvin Musquin leads the entire race before pulling over for an espresso and a crepe in the mechanics’ area on the last lap. He shrugs off the late race coffee stop as simply a “mistake”.

Chad Reed is in the battle and ends up with a top five finish.

Dakota Tedder once again blasts Ronnie Stewart off the track, but is then mauled by a fiery gang of yellow-shirted Candy Men with pitchforks.