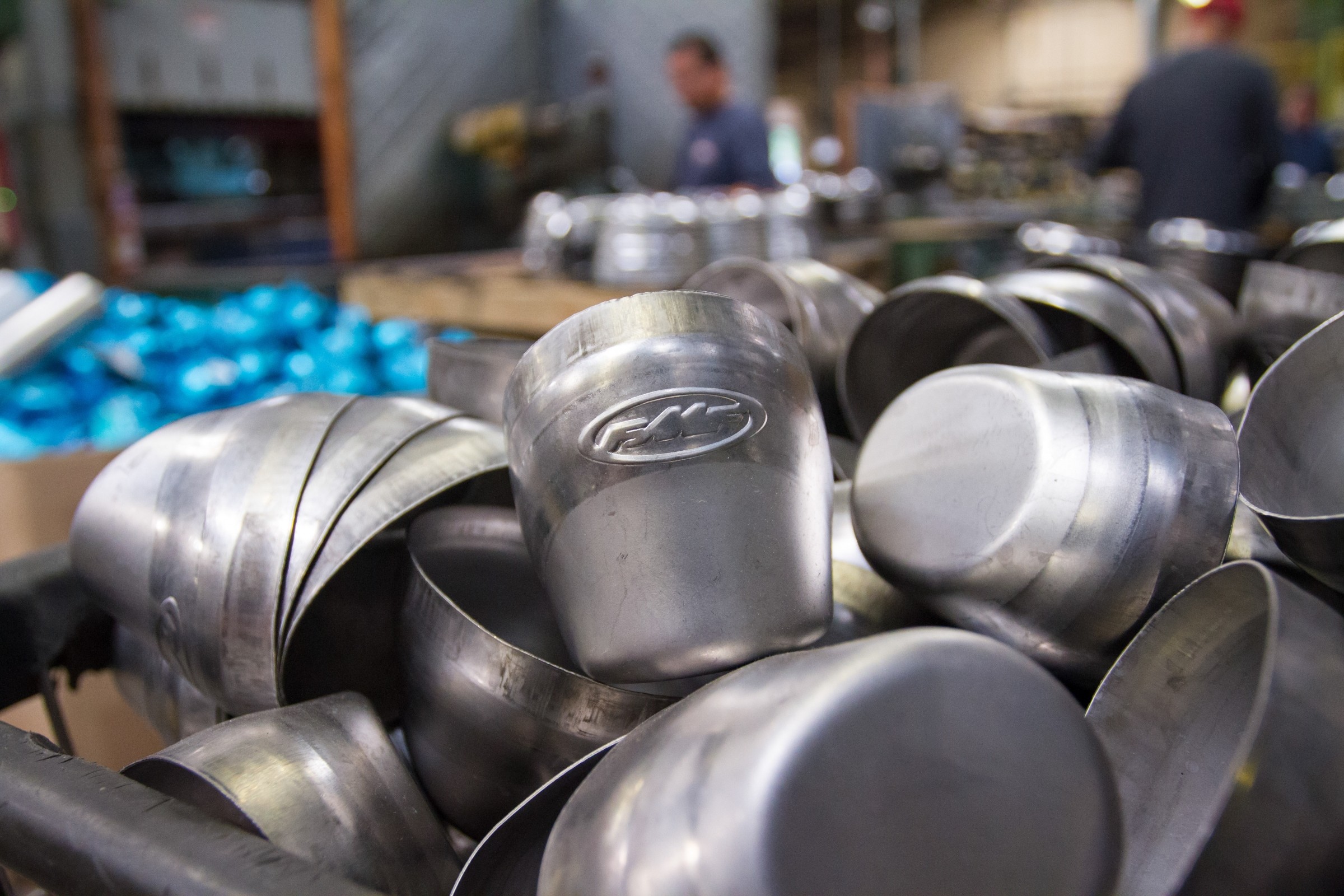 A few weeks ago we visited the FMF Racing headquarters in Hawthorne, California. FMF was founded in 1973 by Donny Emler out of his garage. Back then there were races all over Southern California. From San Diego to Los Angeles, there was a motorcycle race just about every day of the week (yes, weekdays!) and that’s exactly where you could find Donny, at tracks like Ascot, Carlsbad, Saddleback, Riverside County Raceway, and more.

Donny was a good rider, but was an even better wrench and after a while he got smart. Not only would he race, but he’d showcase the bikes that he’d work on and then he started teaming up with the fastest riders at the time, including riders like Marty Smith, Danny LaPorte, and Ray Lopez. After a while, Donny made arrangements with the riders to split the purse money for letting them ride his well-prepped bikes.

Donny was ahead of the curve when it came to working on motorcycles. Thanks to poor suspension, low ground clearance, and downward-facing pipes, people were smashing pipes left and right. Donny would fix pipes for people and later started modifying pipes. Eventually, he figured it would just be smarter to run the pipe through the frame, similar to how pipes are placed today. His ideas and products worked, and he got so busy that he had to start hiring people and the Flying Machine Factory was born.

The famous oval FMF logo that you see stamped on trucks everywhere actually has an interesting origin. An art student from Hawthorne High School created this iconic symbol and in nearly 45 years, other than minor changes for a racier feel, it remains one of the most recognizable logos in the sport. What else hasn’t changed over the years at FMF? All of their pipes and silencers are 100-percent built in the USA.

FMF is also a family business and plans on staying that way. If you haven’t already, you can check out our tour with Donny Emler Jr., AKA LiL D, below. LiL D is one of the coolest guys around and is just as passionate about motorcycles as his dad. Some of his earliest memories working at the shop as a kid are putting the stickers on silencers. This is when Donny Sr. instilled his hard work ethic into his son, as he also does with his employees. Since his sticker placement days, LiL D has specialized in business marketing and has had a large part in the huge success FMF has had keeping its brand relevant through changing times. Keep your eyes open for an interview with LiL D coming soon.

Maybe it actually makes sense for FMF to be at the forefront of what's cool today, because it was there when people were figuring out what was cool in the early days, too. Racing is always important, but there's a growing interest in simply enjoying yourself on whatever style bike you like. That could be full-on motocross, of course, but from flat track to Indians and hooligans, to people throwing surf boards onto the sides of bikes, to fixing up old Craigslist beaters, LiL D feels like dirt bikes are getting back that cool factor they had back in the 1970s. With no sign of slowing down, Donny Sr. is just as excited to come to work everyday as when he started the company in 1973—and so is Lil D. As they say at FMF, “Style For Days … Motocross Forever.”