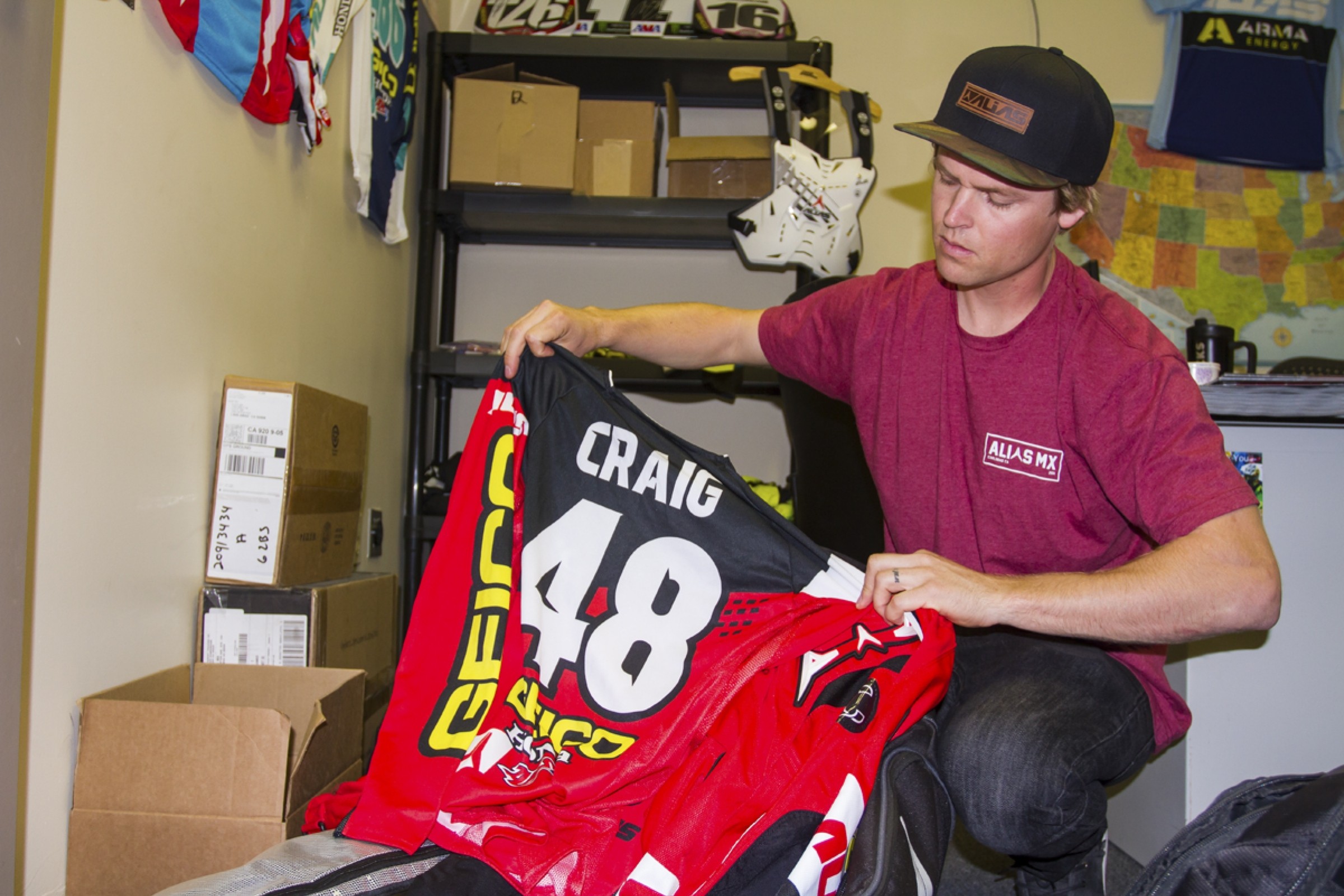 A few weeks ago I did an OnSite visit with Alias MX in Carlsbad, California. Alias launched as the official gear sponsor for the GEICO Honda team back in 2012 and has held that role ever since. Even though the company is fairly new, Alias’ roots run deep within motocross. In large part, this is thanks to one of the co-founders, Mike Grondahl. Mike is well known throughout the motocross community, as he not only serves as a partner with the GEICO Honda team, he’s also the man who revived The Wick 338 (Southwick) when the track’s days looked numbered a few years ago. He also owns the Nest (formerly Grant Langston and Ryan Villopoto’s track in Florida, and now used by riders like Adam Cianciarulo and Ken Roczen, although Grondahl is in the process of selling it). Oh, Grondahl is also the co-founder of Planet Fitness. That’s a big deal.

One thing Alias does differently than the other brands is they do not sell to dealers in the U.S. They sell directly to consumers. Most of the other gear companies sell to the brick and mortar as well as online dealers at one price and then the dealer sells it for a higher price. By selling their gear direct to rider, Alias attempts to cut out the “middle man” so to speak. Alias says they’re not trying to harm dealers, as they encourage riders to take the money saved on gear and spend it at the dealer on hard parts or whatever else you need to get you to the races. The direct to rider sales (D2R, as Alias calls it) is a free program that allows riders to get high quality, good-looking gear at wholesale prices.

Bruce Marada is Alias’ athlete manager and he also does some test riding for us from time to time. When I asked Bruce what Alias was all about he told me, “Our goal as a company is really to give back to our sport and to make it so we have these unbeatable prices so people can actually afford to go racing. Alias MX has evolved into one of the only direct to consumer apparel brands in the moto industry and through the exclusive Direct2Rider program we are able to sell out products to the end user for a significant savings without sacrificing any quality.”

We’ve also heard through the rumor mill that Alias makes a good fit for the GEICO team because the brand is willing to sacrifice some of its own logo space to give the GEICO logo more exposure. That’s a big deal when outside-the-industry money is funding a team, and another example of Alias giving back.

You can check out their current gear sets at AliasMX.com and follow them on Instagram and Facebook for current deals. Keep an eye on the GEICO Honda boys to see what those gear sets look like on the track—Jeremy Martin wore the gear to Alias’ first 450SX podium at Daytona a few weeks back, and looked good doing it.