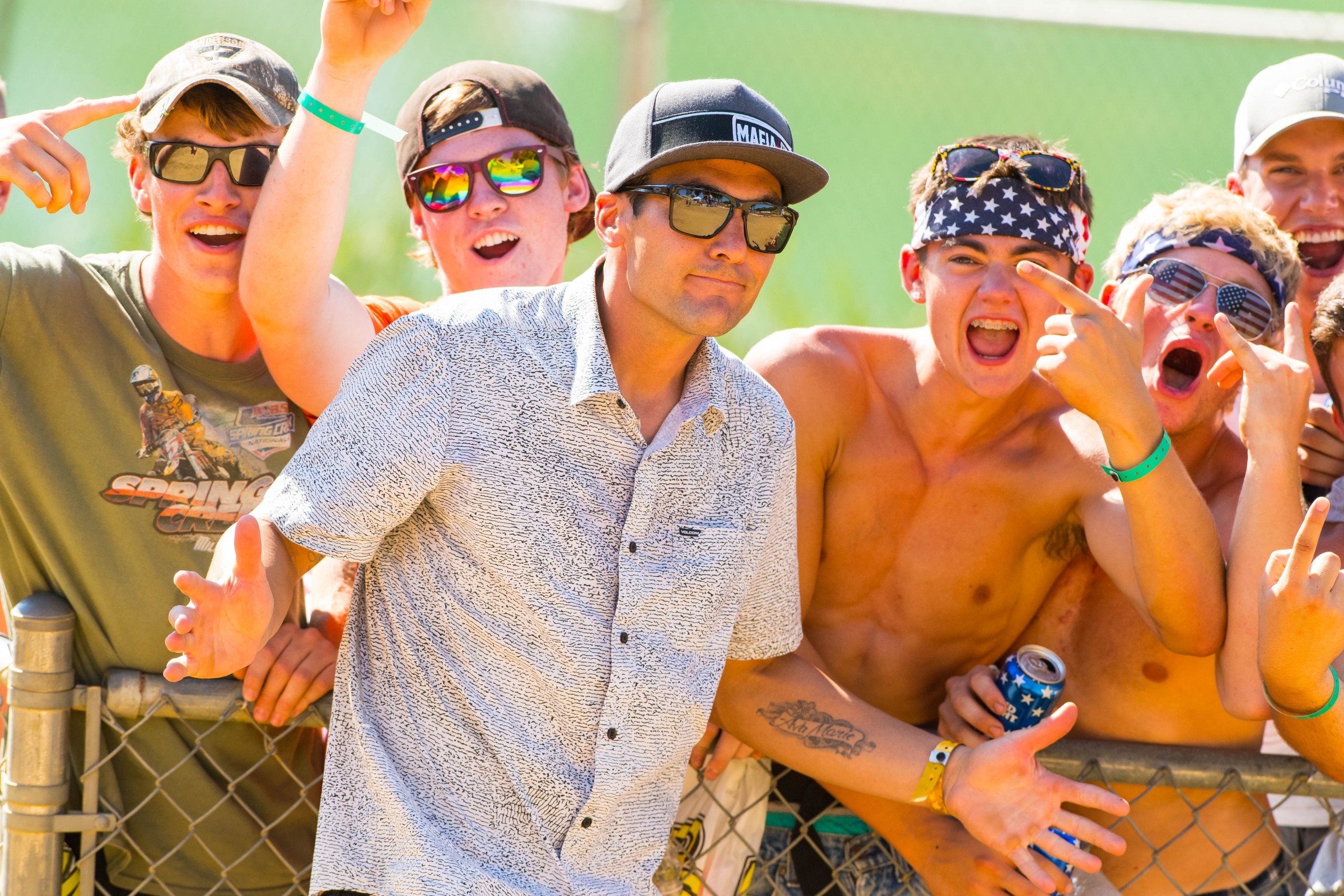 This Crashed Ice GoPro Is the Best

Red Bull puts on a thing called Crashed Ice. Which, according to the website, is the “toughest skaters in the world, a sizzling atmosphere, stunning surroundings, and thousands of square metres of frozen water. Athletes skate down a massive ice track filled with drops, hairpin turns, and gaps at speeds of up to 80 km/h.” If you’ve never seen it, it’s actually pretty cool. Anyway, that’s not what we’re here for. At a recent round in Canada, Red Bull strapped GoPros on Claudio Caluori and Reed Whiting and sent them down the course. The best part isn’t really the footage, but the interaction between the two down the entire run.

If you’re interested, here is the men’s final from that round.

Did you happen to see the fight between NASCAR superstars Kyle Busch and Joey Lagano at the Las Vegas Motor Speedway a few weeks ago? As far as sports fights go, it was okay. Involvement from team members definitely ratcheted up a notch.

Well, at the following race, Busch channeled his inner Marshawn Lynch, where the then Seattle Seahawks running back continued to say “I’m just here so I don’t get fined” at the Super Bowl, when talking with reporters. Busch kept repeating "Everything is great!" as the answer to every question. Yes, this is great!

Even better, Busch then capitalized on making #everythingisgreat a thing by making t-shirts with the slogan on it, and selling them for charity. Shirts are $22, and by the way 22 is Joey Logano's number. Also great!

ESPN has a fascinating story about NBA players and their love of the classic peanut butter and jelly sandwich. Take these teams for example:

THE TRAIL BLAZERS offer 20 crustless, halved PB&J's pregame -- 10 of them toasted, a mandate ever since an opposing arena prepared them as such and Blazers guard Damian Lillard approved.

The Rockets make sure the PB&J is available in their kitchen at all times, in all varieties -- white and wheat bread, toasted, untoasted, Smucker's strawberry and grape, Jif creamy and chunky -- and offer 12 to 15 sandwiches pregame, with PB&J reinforcements provided at halftime and on postgame flights.

The secretive Spurs, it has been confirmed, indulge in their own pregame PB&J's. The Clippers, at home and on the road, go through two loaves of bread, almond and peanut butters, and assorted jellies from Whole Foods. The Pelicans offer PB&J everywhere: hotel rooms, flights, locker rooms. The Wizards had some "minor uprisings" from players, one source says, when management tried to upgrade team PB&J's with organic peanut butter on whole grain bread -- but peace was restored when each side compromised to include all options.

A fascinating part of the story above, though, was that it also revealed the diet of then Los Angeles Lakers center Dwight Howard. He, apparently, ate the equivalent of 24 CANDY BARS A DAY! NO ONE LET ALDON BAKER SEE THIS.

By February's All-Star break, it was time for a full-blown intervention, and Dr. Cate Shanahan, the Lakers' nutritionist, led the charge, speaking to Howard by phone from her office in Napa, California. Howard's legs tingled, he complained, but she noticed he was having trouble catching passes too, as if his hands were wrapped in oven mitts. Well, he quietly admitted, his fingers also tingled. Shanahan, with two decades of experience in the field, knew Howard possessed a legendary sweet tooth, and she suspected his consumption of sugar was causing a nerve dysfunction called dysesthesia, which she'd seen in patients with prediabetes. She urged him to cut back on sugar for two weeks. If that didn't help, she said, she vowed to resign.

To alter Howard's diet, though, Shanahan first had to understand it. After calls with his bodyguard, chef and a personal assistant, she uncovered a startling fact: Howard had been scarfing down about two dozen chocolate bars' worth of sugar every single day for years, possibly as long as a decade. "You name it, he ate it," she says. Skittles, Starbursts, Rolos, Snickers, Mars bars, Twizzlers, Almond Joys, Kit Kats and oh, how he loved Reese's Pieces. He'd eat them before lunch, after lunch, before dinner, after dinner, and like any junkie, he had stashes all over -- in his kitchen, his bedroom, his car, a fix always within reach. She told his assistants to empty his house, and they hauled out his monstrous candy stash in boxes -- yes, boxes, plural. Howard ultimately vowed to go clean all at once, but before he committed to cutting the junk in his diet, he asked Shanahan one question. It was about one food he wasn't willing to surrender, one snack at which he had to draw the line.

Unfortunately, Wienerschnitzel no longer holds the widely popular wiener dog races during intermission at Monster Energy Supercross. Luckily for my colleague Steve Matthes, he achieved his dream before it was discontinued.

Reach for the stars kids & never let anyone tell you that you can't meet your life goals pic.twitter.com/VZjvj8u33G

Which brings us to this week, and maybe the greatest thing of all time: corgi racing. But, I don’t want to be the sole person responsible for anointing corgi racing the crown of small dog racing. No sir. So, let’s vote! First, some highlights:

Russell Westbrook is a point guard for the NBA’s Oklahoma City Thunder. You may or may not know that. He’s not just some ordinary player, though. No sir. He’s currently averaging 31.2 points-per-game, 10.5 rebounds, and 10.4 assists and is closing in on becoming the first player since Oscar Robertson in 1963-64 to average a triple double over the course of a season. He’s also arguably the MVP of the league this season. And he rides DIRT BIKES! So, forget all that other garbage. You now have a new favorite basketball player to root for.

[Note: Westbrook may or may not actually like dirt bikes and probably never rode this dirt bike in the video. But please don’t let facts ruin this for us.]

This is amazing. That is all.

Biking Through a Mine

DO NOT MESS WITH THIS CHICKEN

Am I the only person wondering why this chicken is so damn big pic.twitter.com/ZIWmEL2h2w

Ahead of the MotoGP season opener in Qatar, multi-time champion Valentino Rossi took on another challenge.