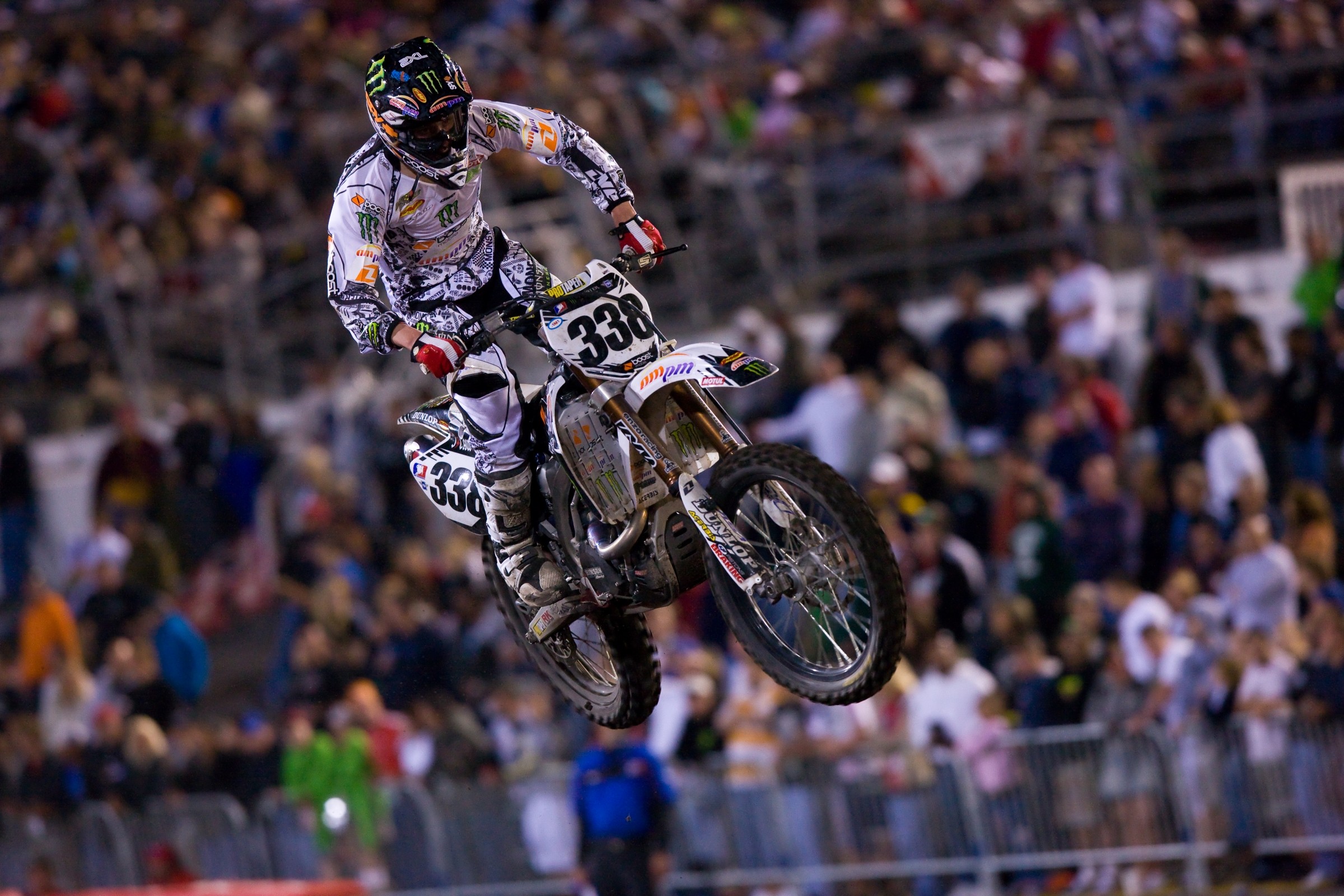 3 on 3 Questions for Daytona

1. Is there any truth to the series NOT ACTUALLY starting until Daytona?

Steve Matthes: No, there's not. It's a scientific fact that the Monster Energy Supercross season starts at Anaheim in the beginning of January and carries on for 17 weekends ending in Las Vegas. These are not alternative facts.

Jason Weigandt: It does not start at Daytona. "Series starts at Daytona" was just a Ricky Carmichael mind trick to make sure anyone who won Anaheim, or started the season well, still feared him. And actually, if the series had begun at Daytona in 2003, 2005, or 2006, Ricky's title drives would have been in trouble—he was much better BEFORE Daytona than he let on.

Jason Thomas: I think this was all a misunderstanding. Ricky was confused with NASCAR because that series actually does start at Daytona. Seriously, though, this was all just a ploy by RC (the undisputed king of head games) to make sure that anyone who got a points lead (see: David Vuillemin in 2002) knew that Ricky would be hunting him down.

2. Is Daytoner an acceptable way to pronounce Daytona?

Matthes: Not unless you also pronounce America "Americker."

Weege: Sure, but if you want to win there you better have a good traina and a powerful mota.

JT: Only if you like Vegemite or had a kangaroo as a childhood pet.

3. Would Jason Lawrence have won Daytona 2009 if he hadn’t drank a gallon of alcohol 18 hours prior?

Matthes: This has long stuck in my craw because if you watch the video, Lawrence hangs a hard left and cuts off about 20 feet of track when there is a first turn crash that involved Michael Byrne among others. I'm not mad that J-Law (who finished second) didn't get penalized for this. I'm mad that Tim Ferry, who was right behind Lawrence, didn't do the same thing and go on to win Daytona.

Weege: No, the track is too rough and the race is too long for a rider who hasn't trained properly to win even if he's not hungover. But the real question is, had Lawrence won, how much alcohol would have been consumed on Saturday night?

JT: I think he might have! He led 16 laps and had a HUGE lead at one point. Those last couple of laps push your body into an uncomfortable place and he had to be wishing he had planned his Friday night a bit differently as he saw the laps winding down. Reedy was coming, that's for sure, but I think J-Law coulda, shoulda won that one.

1. Has Dave Osterman ever really accepted that the TwoTwo Motorsports table cloths were never stolen and in fact, an inside job?

Matthes: I don't think anyone has ever told him. The hunt for those table cloths and the real killers of Nicole Simpson are still on.

Weege: Ah yes, the infamous theft of TwoTwo Motorsports’ table cloths. I believe it was the work of terrorists and our leaders are devising a plan to crush them now.

JT: No, and in fact, he’s been leading an underground black-ops team to uncover the real perpetrators. These cowards will eventually be brought to justice.

2. Has Vince Friese ever been invited to party in Temecula?

Matthes: No he hasn't and THAT'S the problem here.

Weege: Matthes, this is your crazy theory that if Vince just partied with his fellow riders more they’d all love him. Or something. Anyway I have a feeling if he really wanted to party with his peers he could probably force his way in.

JT: Yes, and when people asked about the food for the party, he said he would be happy to bring everyone some take-out.