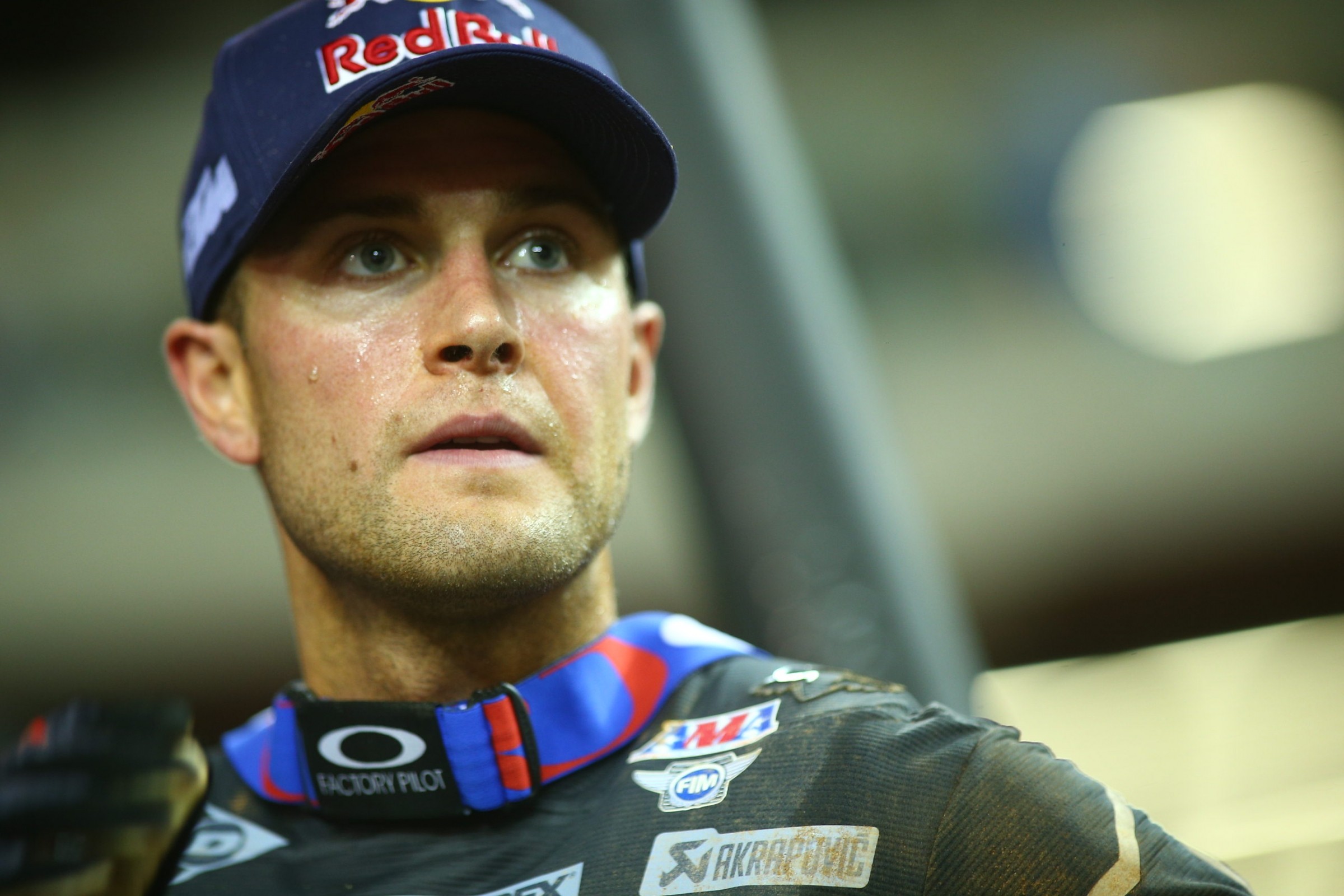 Exhaust: The Chance to Say I Told You So

We made a big deal of it all day. Last week I wrote the “Is Something Wrong With Ryan Dungey?” column, and the momentum kept building. I probably talked to 20 people on this topic during the Atlanta weekend, and again, there were plenty of different theories but virtually no one said, “Nothing is wrong.”

Everyone was convinced. Of something.

Then Dungey went out and won the race, of course. Crisis averted.

Although one had just started, at least for me. You see, this is one of the oldest tricks in the athlete/media game, when a superstar hears “the doubters” and uses that as motivation to work harder, get fired up and prove everyone wrong. Jeremy McGrath has literally said that was a huge part of his career—hearing people say he couldn’t do things, and using that as fuel to do those things. Michael Jordan was so notorious for crushing anyone who dare say anything bad about him that eventually opposing coaches had to make it a team order for every player to never, ever, ever say something bad about him in the press. Because if anyone did, Jordan was going to drop 50 on them in the next game.

Just look around the landscape in this sport. You don’t think Chad Reed has been rejuvenated countless times by people doubting he could beat someone, or doubting him switching brands or teams, or starting his own team, or doubting his age? You don’t think Ken Roczen got fired up by everyone saying he shouldn’t have switched teams or trainers? It’s everywhere. It’s sports. Athletes use whatever they can to reach for that last one percent, which is often the difference between winning and losing.

Here’s a perfect example: In 2005, Ricky Carmichael won the AMA Supercross Championship. He had missed the entire 2004 season, Chad Reed had taken the throne, James Stewart had entered the class, and RC signed with Suzuki, which hadn’t won the SX title in decades. There was a lot of doubt, and that was front and center in his mind. He clinched the title in Houston, and in the post-race press conference, his very first words were not thanks to his team or a description of how good it felt. No. The very first thing Ricky did was to call out everyone in the industry who had not picked him to win the title that year. Ricky was a master of using his pulpit to get a message across.

Ryan Dungey does not. He’s too damned nice. I now have proof.

So I write the column last week, and on Saturday the dirt bike antagonist in chief, my buddy Steve Matthes, is just riding me all day for it. “Oh dude, Dunge is so mad,” he said. “He’s here just to show you,” he said. The joke grew wings during the day, eventually become a running theme on text threads and in pit conversations. It reached a crescendo by the end of the main event, when Dungey was about to begin his podium speech. That’s when I made this joke, a mock version of what Dungey should say on the stage.

“Hey, I think Dungey is about to say, ‘I dedicate this win to one man out there, someone who doubted me this week. You know who you are. This one is for you.’”

Of course, Dungey didn’t actually say that. I don’t even know what he said, the Georgia Dome sound system is terrible and needs to go (and it will soon be gone). Didn’t have to listen anyway, because you knew Dungey wouldn’t take a shot like that.

But I was still curious. Had any of this doubt made him mad at all? When he walked into the press conference room, before he took the stage, I asked him. “Hey, do I even get a small piece of this win? Were you extra fired up because of what I wrote this week?”

Ryan didn’t at first even know what I was talking about. He watched The Weege Show video we posted a few days ago and thought that was good. He hadn’t really given the written column any thought, until his wife, while laughing, reminded him of it. But unlike many of the athlete wives, who would have been super, super pissed about people doubting her husband, Lindsay Dungey was laughing and smiling, not taking any of it seriously. But Ryan didn’t even want to laugh about it—he didn’t want it to be a topic at all.

He trailed off, hoping he had low-keyed the situation enough to make it go away. I wouldn’t.

I asked Ryan if he wanted me to ask him questions about it in the press conference. This would be his chance to tell the world nothing was wrong. He could prove the doubters wrong! He could even give me a shot, if he wanted.

He absolutely, positively, didn’t want to do that.

“Please, no, don’t ask about it,” he said. “That’s just embarrassing. I don’t want to say anything.”

Some skeptics might say that Dungey was just being kind in front of a media guy, and maybe behind the scenes he’s been talking crap all week. I’m not a detective, but I can read people well enough to know that’s not true. I saw the way Dungey reacted. The very idea of such conflict and drama repulsed him. To him, this was never an issue, and it never will be.

This whole topic, the very idea of calling people out, proving people wrong, or getting to say, “I told you so” absolutely reviled Ryan. He had every chance to do it. He was moments away from taking the stage, with a microphone, and talking about a victory. But he wasn’t going to do it. Why? Because that would be mean! And Ryan Dungey simply doesn’t do mean.

The cliché is that nice guys finish last. Well, we know that’s not the case.