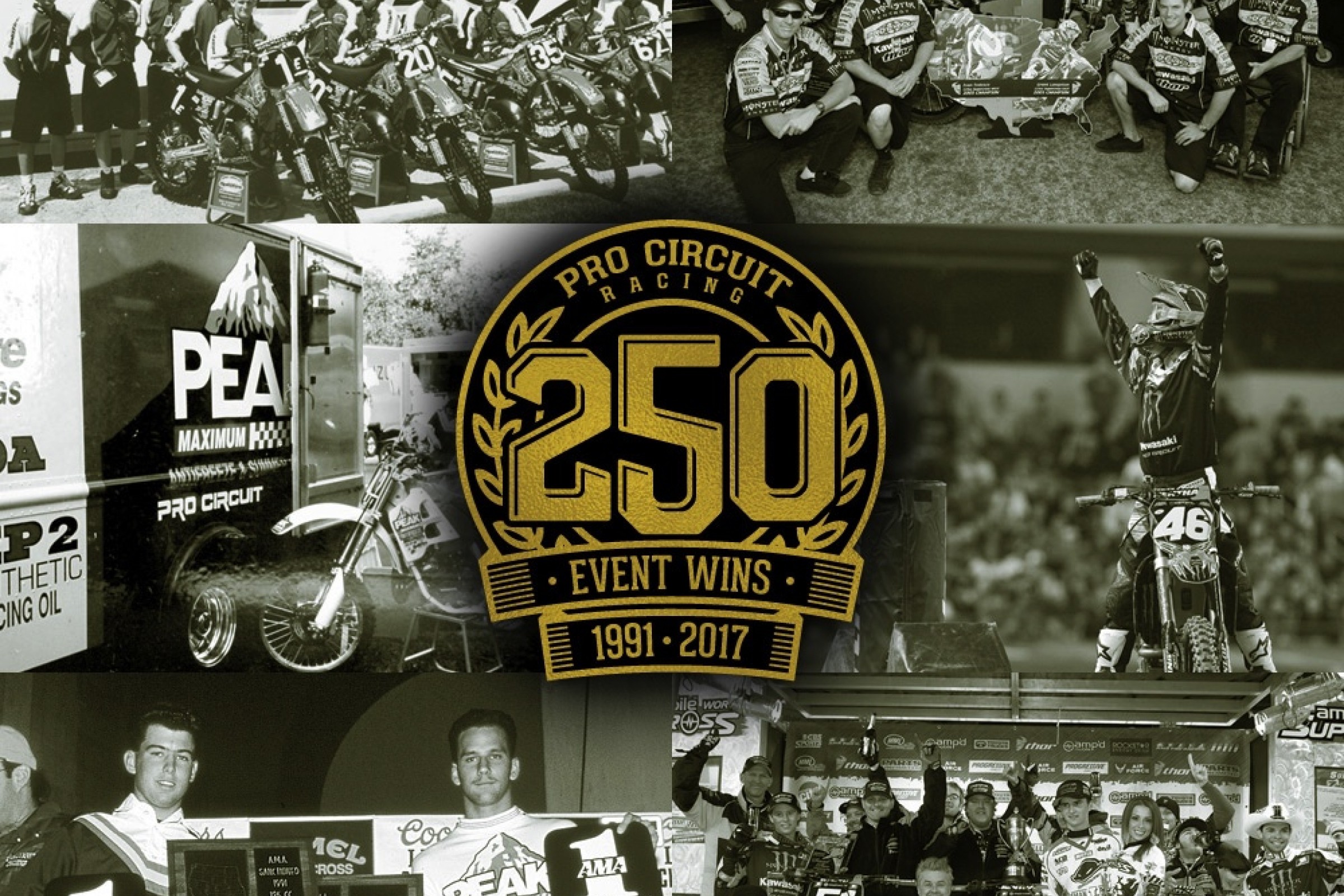 Justin Hill’s victory in Phoenix on Saturday night marked the 250th victory for the team. The wins started early, literally at the team’s first race, at round one of the 1991 season in Orlando, when Brian Swink made a last-lap pass to steal the victory and put the process in motion. Since then, the team has been a winning machine, and while other competitors in the class have stepped up, Pro Circuit is always in the mix.

The best proof of this team’s success is to list of all the luminaries that have ridden for it. This week’s The List does that—here are all of Pro Circuit’s race winners, along with their totals.

Total the win list above and who are the three winningest Pro Circuit riders ever?

For a complete oral history of Pro Circuit's beginnings, head over to Steve Matthes' Longform entry "Pro Circuit: A Season on the Brink."