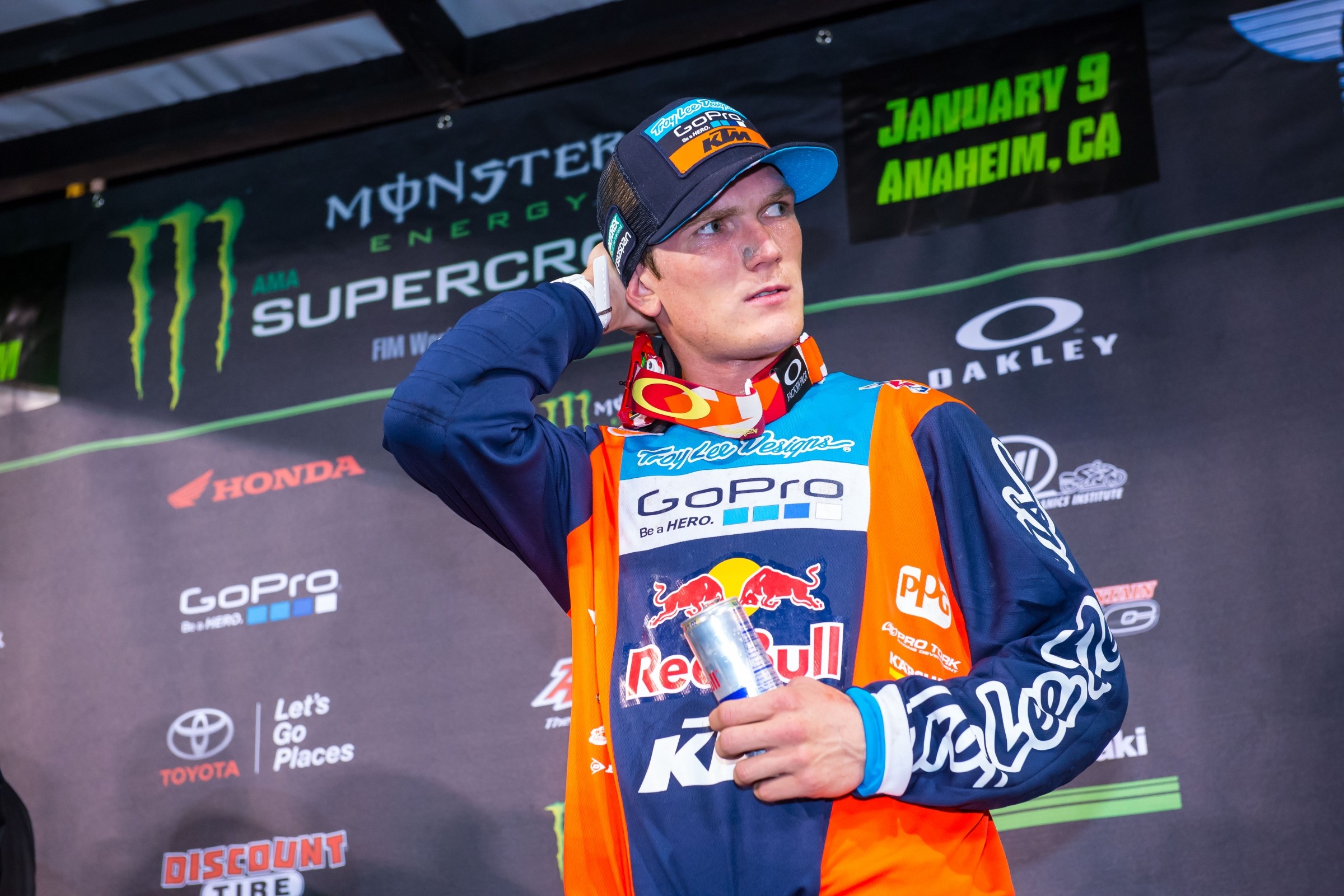 At the end of every year, we crunch the numbers at Racer X Online to see what the most popular stories were on the site. Now, when we say “most popular” it’s important to note that the following are the MOST READ POSTS, BY YOU, THE READERS. NOT what we deemed the most popular, cool, or exciting.

There were a few surprises—like the Weston Peick/Vince Friese fight or Ken Roczen moving to Honda not ranking inside the top 10—but for the most part, the stories below were big news at the time.

Check out the list below and remember—these are the most popular stories based on unique web hits.

Depending on the crop of free agents, Silly Season updates can either rank very high, or not crack the top 10 (like in 2015). This year, there was plenty to talk about. With stars like Dean Wilson, Justin Bogle, Broc Tickle, Justin Brayton, Wil Hahn, Malcolm and James Stewart, among others, still uncertain of their futures in October (heck, some still are), Jason Weigandt’s “Those in Limbo” article, updating the status of the aforementioned riders (as well as others) was a big hit.

James Stewart has always moved the needle. In 2014, with his FIM/AMA suspension looming, Stewart was involved in eight of the top-15 most read stories that year. His first appearance on this list is an unfortunate one. In his first race back from suspension, Stewart sustained a concussion at the 2016 Monster Energy Supercross season opener after a collision with eventual champion Ryan Dungey. Stewart’s status for round 2 in San Diego was in doubt (he ended up not racing), and it foreshadowed a strange, unprecedented season for the former champion.

You know the story here: Ryan Dungey wins Detroit—or so everyone thought—before being penalized two positions for jumping on a red cross flag. It was the first time a win had ever been removed due to this violation. The Fox Sports broadcast ended with Dungey still the winner, so when we finally learned that the penalty had been enforced, we provided a short update and it drew huge numbers.

We dearly wish this one hadn’t happened. Jessy Nelson, one of the most likeable riders in the pits, sustained a life-altering injury at the Unadilla National this past summer. Jessy was willing to speak with us from the hospital just a few days after his crash, which has left him paralyzed from the waist down. You can still donate to Nelson’s recovery fund via Road 2 Recovery here.

Unfortunately for the very likeable Trey Canard, he’s had some spectacular crashes during his career. Fortunately, this one ended on a positive note.  During qualifying at East Rutherford, Canard appeared to clip a Tuff Block prior to the triple and went flying off the bike and landed hard on the last jump. His wife, Hannah, posted a video of the crash on her Instagram page and our own Simon Cudby was in the right spot and grabbed a sequence of the crash. Canard was okay and ended up racing that night.

As we noted earlier, no matter what he does, good or bad, any news involving James Stewart draws eyeballs. This update came after a rather bizarre loop out at Daytona, which caused Stewart to leave the race early. Suzuki eventually released a statement that James had “suffered deep bruising to his lower back.”

Even in the age where most news is consumed through your 100 social media accounts, schedules still draw huge numbers. This year was no different, as the announcement of the 2017 Monster Energy Supercross schedule ranks fourth on our list. Don’t be surprised to see it rank high again next year.

Ryan Dungey has been the model of consistency throughout his pro career. And we’re not just talking about podiums here. He’s also shown to be very durable. In short: he DOESN’T miss races. In fact, prior to the 2016 Lucas Oil Pro Motocross Championship Dungey had missed just five races in his career! Insane. So, when KTM announced Dungey would miss multiple rounds due to a cracked C6 vertebra sustained at Thunder Valley, you knew the interest level would be at an all-time high.

Other than Anaheim 1 or Hangtown, nothing peaks the interest of moto fans more than the Motocross of Nations. And this year’s event in Italy was a wild one, and the wildest moment, by far, involved Jason Anderson. After winning the second race (Open/MX2), Anderson rolled the finish line jump and was celebrating his win when a lapped rider jumped the finish line and landed on him. Anderson immediately went to the ground and appeared to be knocked unconscious. At the time, the main concern was the health of Anderson—not the race, which Team USA ended up losing by a tiny margin (Cooper Webb tried to hang on single-handedly in moto 3, but it was not to be). Husqvarna eventually issued a statement that Anderson would be okay. It was good news on an otherwise bleak day for Anderson and Team USA.

While we may spend a lot of our time arguing about which rider is the fastest, or how to make better tracks, better racing or whatever grinds our gears that day, no community comes together when a rider is in need more than the moto community. It’s telling that the top-three stories this year involved injury updates, and no story drew more attention than this one, which garnered both our #7 and #1 rankings on this list in two different posts. Everyone, from the casual fan to the diehard hanging on every word written, had concern for Jessy Nelson after his crash at Unadilla. While we heard a lot of rumors that day, out of respect to Jessy and his family, we wanted to wait to hear from them directly. Jessy eventually posted a message on his Instagram updating everyone on his condition. You can read it below:

In the second Moto at Unadilla, I had a crash in a tricky turn, ultimately ending with a red flag for the race. I went down pretty hard of a direct result of the bike hitting me from behind. I am currently at a hospital in Cooperstown, NY where we are waiting for some swelling to go down in my back before doing surgery. At this time I have limited feeling from my waist down. The hope is that after the swelling goes down, I will get some more feeling back. Thank you all for your support, kind thoughts and prayers. I will keep you posted in the next few days!

The moto community cares when one of their own goes down, and that’s why fans were more interested in hearing about Jessy than any other thing that happened in the sport this year. You can still donate to Nelson’s recovery fund via Road 2 Recovery here.