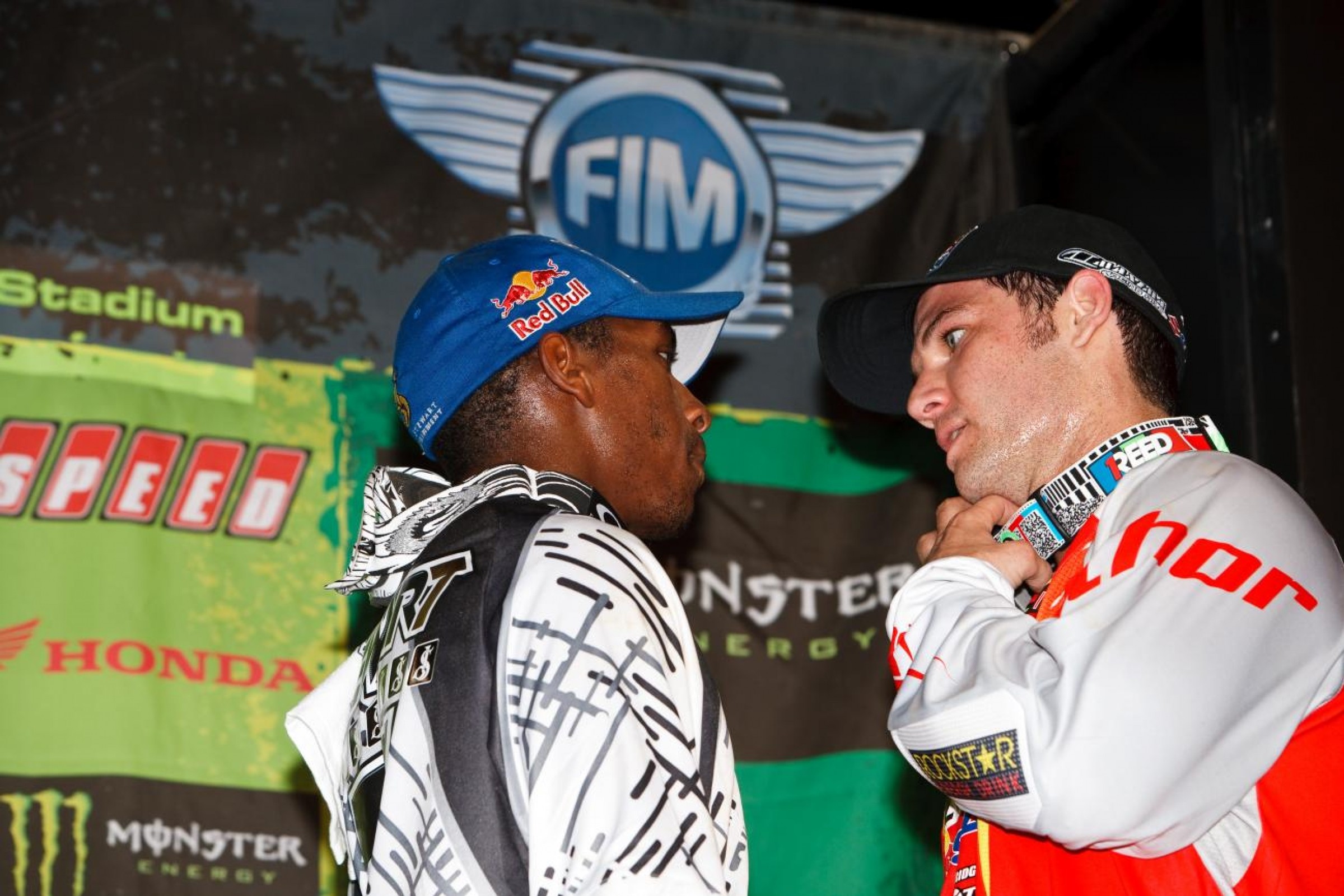 Last Christmas I gave you my heart, but the very next day, you gave it away…

Those lyrics come courtesy of George Michael and his 80s power duo group Wham! (also starring the lesser-known Andrew Ridgeley), from the 1984 song “Last Christmas” which seems to only be growing stronger in holiday music popularity. Christmas works that way. Songs don’t become dated, they become tradition, and in fact a Christmas song doesn’t really become a Christmas song until a good decade or two into its airplay. “Last Christmas” is distinctly 80s, but no one can resist its charms. When it comes on, you listen more intently now than ever.

The lyrics at the top ring true specifically for our annual James Stewart/Chad Reed Christmas celebration here at Racer X Online, as well. We post a story about them every December 25, because their rivalry is the motocross gift that keeps on giving. Plus, we don’t feel like working on Christmas, and simply stoking the Reed/Stew flames and letting you folks comment below makes for the easiest website fodder in the world. You can the read the 2015 version here, the 2014 version here, the 2013 version here, and the 2012 version here.

When we started this Christmas tradition in ’12, we were already a whopping decade into the rivalry. Here we sit, an incredible 15 years later, and we’re sure memories of Reed/Stew will get you talking again. But now it might be over. See, last Christmas, we were excited that both Reed and Stewart would be back out there together. Reed’s team status was in limbo, and somehow actually hadn't been finalized by Christmas. But most felt he’d be at Anaheim on a Yamaha, and indeed that turned out to be true. Stewart would be there, too, back after sitting out the entire 2015 season due to a suspension from the World Anti-Doping Agency.

Reed and Stewart were going to be back, and since Reed had won a race a year earlier, and Stewart was expected to come back with a vengeance, they were still very relevant. Could they end up battling for a win yet again? A year ago, such a story didn’t seem that far-fetched—not nearly as impossible as some Christmas miracle.

Oh, we were all in last Christmas. Reed and Stew, we gave you our hearts. But the very next day, you gave it away. Stewart actually didn’t come back as the Stewart of old. He looked good for a few laps at Anaheim before getting torpedoed (accidentally) by Ryan Dungey and getting knocked out, and the rest of his season, as he tried to return, was a disaster. Then his old Yoshimura Suzuki team folded, and news from James’ camp since has been quiet to the point of silence. We assumed Reed would find a way out to Anaheim in 2016. At this point, we’re assuming James Stewart won’t be on the Anaheim starting gate in 2017.

So is this it? Is this actually the Last Christmas?

The world has moved on, and Anaheim will be fine without the rivalry. We’ve seen new stars come and even go (ahem, Ryan Villopoto) during this time, and the stories for ’17 start with names like Dungey, Roczen, Tomac, Webb, and many more. Reed, himself, remains a key player.

But what if Stewart does get back out there at some point, somehow, and he and Reed tee it up for one last waltz at the front? It reminds us of a lesser-known verse from that song.

Once bitten and twice shy
I keep my distance but you still catch my eye
Tell me baby do you recognize me?
Well it's been a year, it doesn't surprise me