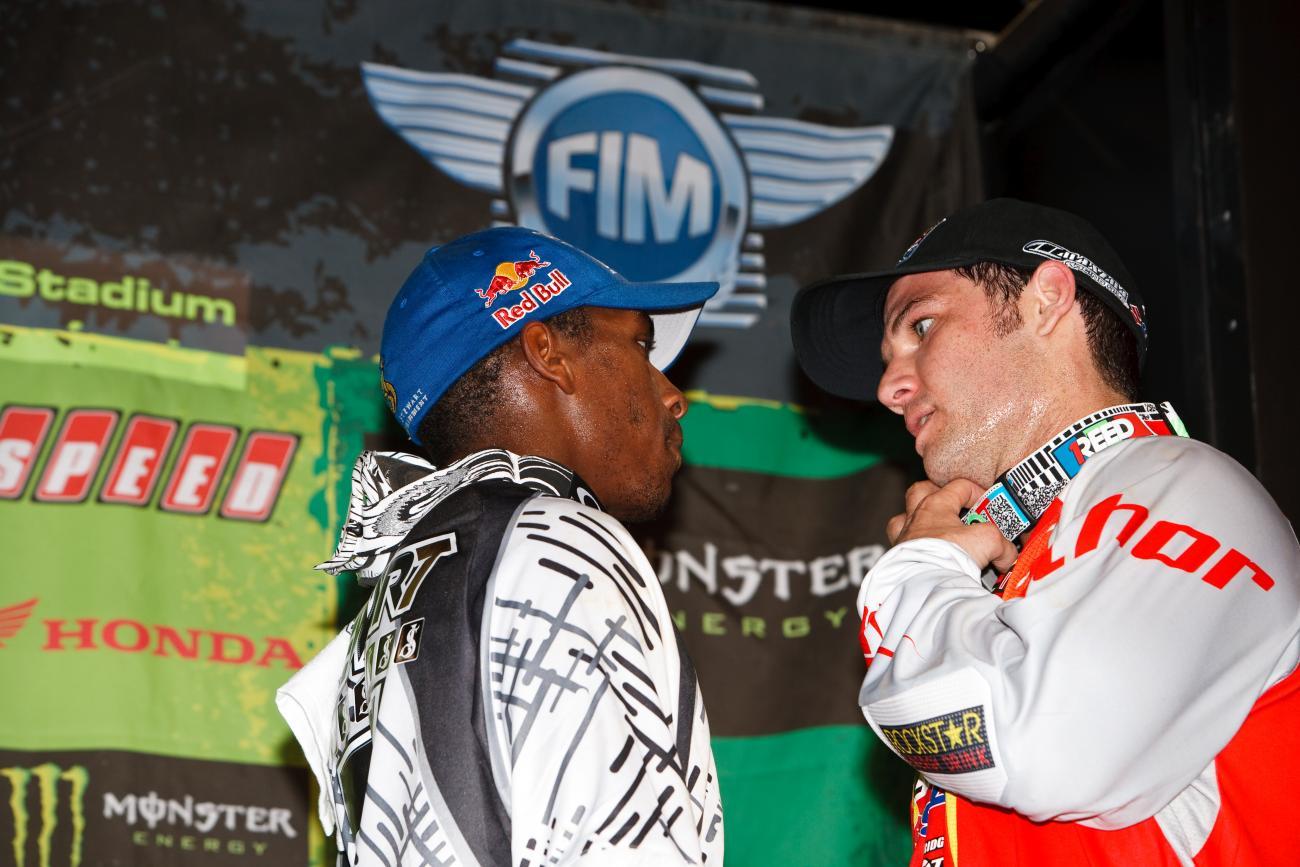 Please give us our James Stewart and Chad Reed back.

This is our Christmas tradition and it’s heartbreaking to see traditions get broken. Each year, when our staff is too tied up to post stuff on this website, we just drudge up the gift that keeps on giving—Reed vs. Stew. We did this in 2012, 2013 and 2014. But last year’s story was different, because Stewart would not be lining up for the 2015 Monster Energy Supercross Championship due to a suspension from the FIM. We would not get Reed vs. Stew for the fourteenth year, as Stewart’s suspension went all the way through Lucas Oil Pro Motocross. They lined up in a race together just once, in the first main event at the Monster Energy Cup in October, where Stewart quickly crashed out. He then skipped the planned showdown with Reed in Australia due to an ankle injury. It’s been a long time since the two greatest rivals the sport has ever seen do any battling.

It’s been tough on Stewart recently, but now the pressure is on Reed. We’re just weeks from the opener and still no one has heard exact word on his team situation for 2016. He’s expected to be on a Yamaha, but the announcement is record-level late in coming. Reed is never one you can count out, so we expect him to be there, but it’s getting kind of worrying at this point.

So what’s left? Will Reed get to Anaheim? Will Stewart be healed up, fit and ready? Will we get a few more supercross mains where they get away from the kids and settle it between themselves? Or have we, gasp, already witnessed the last laps of glory?

All we want, Santa, is a chance to get these questions answered on the track, instead of in World Anti-Doping Agency court, or a Yamaha conference table.

Stewart versus Reed. How much is left? Why don’t you let us know what you think in the comments below. Merry Christmas.