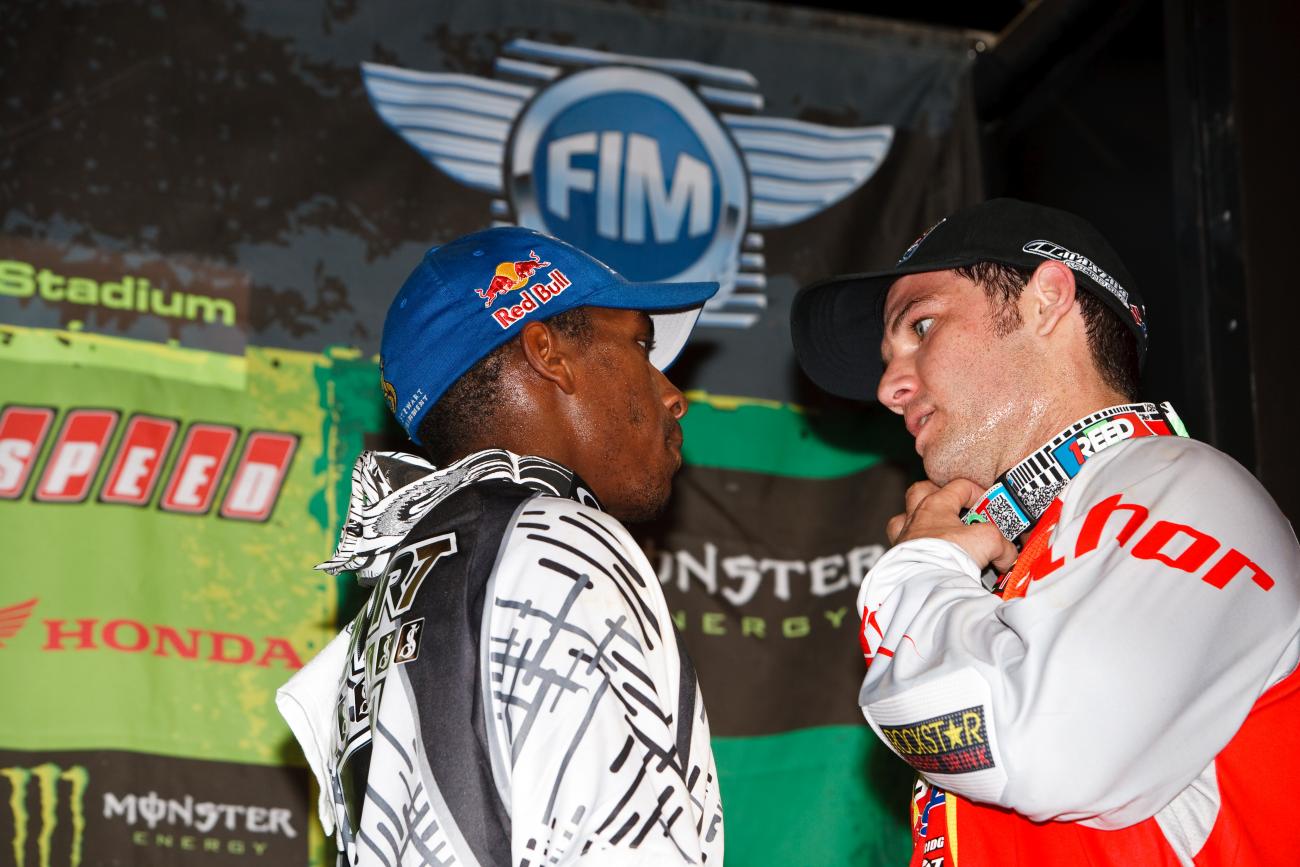 'Twas the week before Anaheim, and every creature is stirring. As long as Chad Reed and James Stewart are involved in the sport, the talk will continue. Once again the hype, the news, the buzz and the rumors ring out like church bells. Gather 'round, townsfolk, and let's share this Christmas story.

Each year, when our staff is busy tending to Christmas duties, we realize we can't hang a "Closed" sign on a website. So we let the gossip, hype, news, rumors and buzz do the work for us like good little elves. We simply put James Stewart and Chad Reed's name together in a story and let you folks have at it in the comments section below. It's a gift that keeps on giving to both us and to you. Here's the 2012 edition and here's 2013. Note that we barely have to change the text, because at its core, the Reed and Stewart story never changes.

Until this year. This should be the 14th season of Stew v. Reed, but we might not get it. For years, we dealt with rumors that one or both of them was done. Too old, too hurt, too burned out, too many bridges burned. Each time they would fight back and get to the front again. Last year, again, saw Reed break through for two wins, the first one even coming from a late-race pass on Stewart. James hit his stride later, winning five races and doing it in spectacular fashion. On assorted nights, Monster Energy Supercross 2014 looked no different than 2004, or 2007, or 2008, or 2009, 2011....

But now Anaheim 1 will begin without both of them for the first time since 2001. Not because either is burned out, old, injured or unemployed. In fact, they would have begun the season with their best title odds in a long time. So what Christmas gift can the rumor mill deliver now? What do you get for the story that already has everything?

We would have thought we've seen it all. Instead, the recent announcement that Stewart has a 16-month suspension and will be ineligible to race this year changes everything -- the season, the rivalry, the sport. It could be an announcement with ramifications forever. It exposes ugly truths behind the multiple and confusing sanctions in this sport (the sport including two seperate championships run by two different groups under three total sanctioning bodies), sets a harsh precident, and brings drug-test talk from the back burner to the front. After this, there's no going back.

But will Reed versus Stewart go forward? Will they race against each other again? Will their legacies be impacted? For Stewart, the impact of recent news is obvious. But Reed has a shot at more history this season, and even another title. If he wins another "Without the defending champion being there" does anyone care?

They won't race each other anytime soon, but these two continue to dominate the headlines. Go tell your stories below, folks. Merry Christmas.