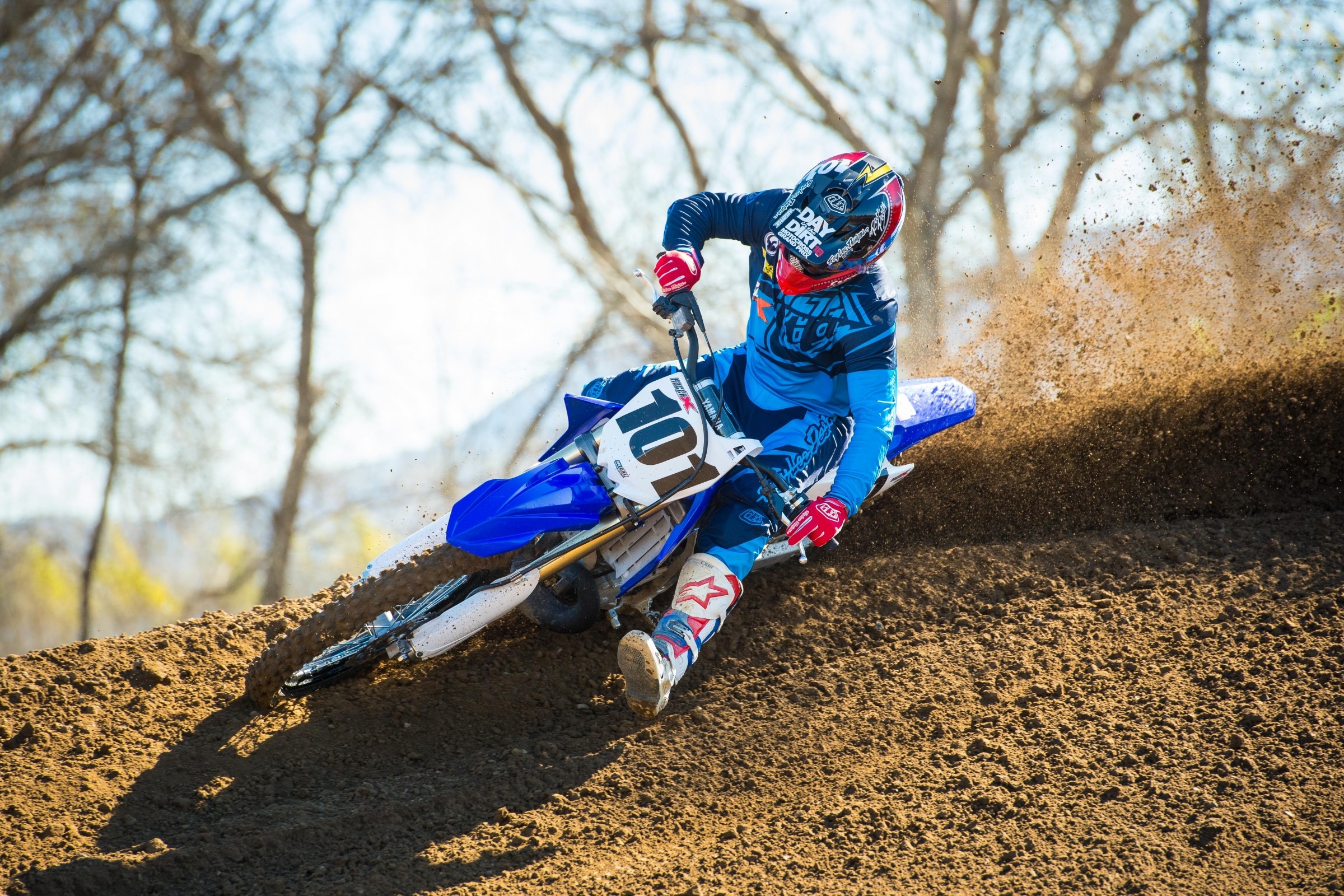 Put on your marketing genius hat and help me out here. I've seen nearly every single color of 450 intro on the site except big red. We haven't seen a genuine photo or single spec from them, while everyone else had bikes ready to ride months ago. With all the maybes like electric start, change back to spring fork and all manner of other goodies I'm more confident in drinking tap water in Rio than putting in a preorder on CRF. Are they imploring the Eric Cartman theory of marketing in which not letting people have your product it makes them want it more? Maybe they're banking on people's tendency to make uniformed decisions; it is an election year after all.

As a guy who's got money burning a hole in his pocket saved up to buy a 450 which OEMs have struggled to give away in recent years it doesn't make sense. In all the years I've been a moto fan I'm not sure I've ever seen such a well-kept secret. Everyone knew by A1 Roczen would be riding red next year, but what he'll be riding is harder to find than Hillary Clintons email password. On one hand maybe they're evil geniuses because they have people talking about it; on the other hand, it's going to be a dud if they release anything other than heavy artillery at this point.

I know I'm asking the wrong guy since you aren't interested in any new bike that has valves, but maybe you could weigh in?

Bro, do you live under a rock? Have you not seen the photos of the bike being ridden in Southern California for the past several weeks? I’ll attach one so you can get up to speed. Just so you know, adults are playing Pokémon, the Rams are moving back to Los Angeles again and we are about to have the most ridiculous president in the history of our nation, no matter who wins.

The reason for the delay with the Honda 450 was the earthquake that hit Japan earlier this year. The epicenter was close to the Honda factory and, while nobody was injured, the plant did sustain damage and production was set way back. The bike looks to have spring forks and no electric start, answering the big questions many were asking. It also has a really clean, new look from the fence line.

And you have me completely wrong about four-strokes—I’m not a hater. Modern four-strokes are amazing and you can ride faster and longer than ever before regardless of your talent level. I love four-strokes! I just love the sport as a whole and I’m concerned with how expensive everything has gotten. That’s all.

Great job to everyone at Racer X! I love reading all that the team has to post. With the break in MX I got to watching  some old supercross  and thinking  about ongoing  displacement  battle between  450's(too much)250's (not enough) & 125's (we all love throwing  one around). There's  been  a  lot  of  talk lately  about  the  125's and while honestly  I would love to see a 125 class added to the lineup, it made me think  about  the  opposite  end of that spectrum. Do you think there would be interest or participation in an unlimited class? No restrictions on displacement, weight, fuel, or anything else. I would love to see what the factories and independent bike builders could really do with their hands untied and imagination set free. Obviously SX is not the place for this type of event, but how cool would it be to something like this at one of our amazing MX facilities.

P.S. I've  lived  in  central  PA all my life  and am curious  if  anyone  there has ever rode in Trevorton, PA? If you know of something closer to sand dunes in the area I would love to hear about it.

Thanks for reading Racer X! The whole team works hard and loves the sport so it’s great to hear that it’s appreciated. While it would be cool to see what manufacturers could do if given carte blanche with the rules, it defeats the purpose of advocating for two-strokes. The 500 class died because of lack of interest; not enough folks were able to ride such a beastly machine. And letting the manufacturers and teams run with the rules only drives the cost of a bike through the roof, which isn’t good for anybody. The 125, however, has a place in the sport as an entry-level bike, especially if it can be offered at a price point that is more reasonable than the four-stroke machines.

I’ve never been to Trevorton, PA. Should I put it on my bucket list? Right now I don’t have any Ohio locales on the list. Shocking, I know.

There is a photo of a “prototype” Suzuki 125 at Loretta Lynn’s this week that has been all over the internet. Some say Cernic built it and others say Suzuki is genuinely considering bringing this bike back. What do you know? I want an RM125 again!

About a year ago I was talking with one of the media members at Suzuki and they told me they were working on this project. I don’t know if the bike at Loretta’s is the same one, but Suzuki had built a prototype 125 utilizing a 250F chassis. They told me at the time they were pushing to get the bike back into production but they needed help from Stefan Everts, Mike Webb and fans worldwide who were hoping for the bike to return. It sounds like there is a petition to sign with the display and maybe, just maybe, that will help to get the Japanese company moving. The bike looks rad but only time will tell if it actually hits the production line again.