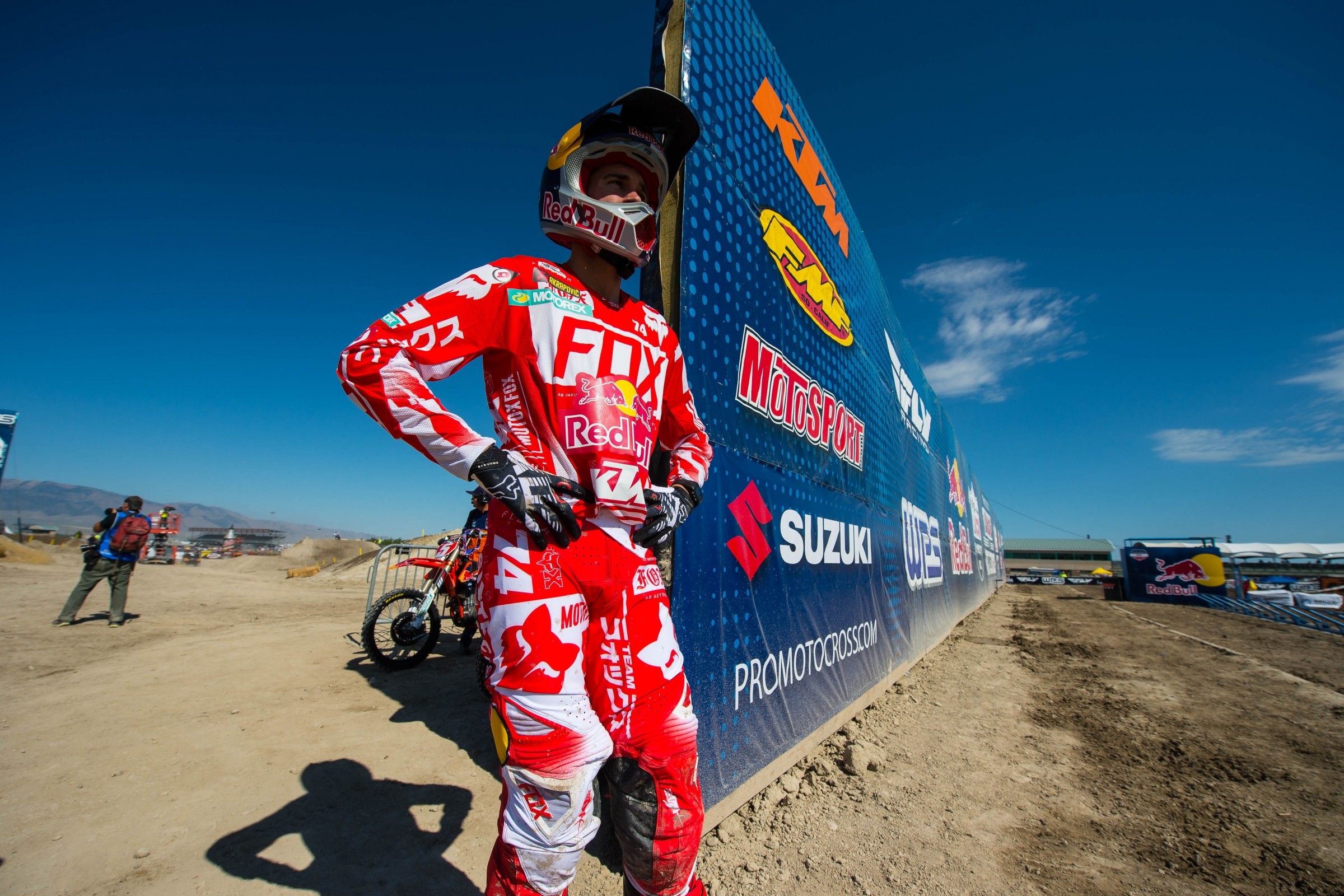 Jason Thomas: This is tough but I think the smart money is on Ryan Dungey. After watching the first five motos of last season, part of me wants to pick Eli Tomac. He was unquestionably the fastest rider on the track but as we saw, one mistake can make all of that speed irrelevant. Ryan is the defending champ and riding the wave of three consecutive titles between supercross and motocross. He has his whole program together and over the course of 24 motos, simply puts too much pressure on his rivals. There is just zero margin for error when facing Dungey. He rarely surrenders the lead in any race and he usually starts inside the top three. That's a tough combination to beat. The formula has been air tight when looking at the course of multi-month seasons. Until someone can take it to him for an entire season, I have to keep him as the favorite.

Steve Matthes: I've used this analogy a few times before but how do you stop a Terminator? Pretty hard, right? Well, that's what Ryan Dungey is. He'll never stop charging, he'll never tire out, he'll never get bad starts, his bike will never break and well, you get the idea. I really don't think he'll walk to this title like he did in supercross (almost two race lead by halfway through the series) but I wouldn't put it past him. He's found all the right tips and tricks since he hooked up with Aldon Baker and that bike… whoa, it's pretty good also.

I'd love for Eli Tomac and Ken Roczen to make this interesting but in the end I like the old champ to be the new champ.

David Pingree: If you are betting against Dungey you probably don’t do very well in Las Vegas. He’s got momentum on his side and he’s the odds-on favorite. I do think Eli Tomac and Ken Roczen are going to come out very fast and win motos and races. Their bad motos, however, will be worse than Dungey’s and that will make the difference.

Thomas: This is much easier. If Jeremy Martin isn't your choice for the favorite, you might want to take a long hard look at your moto knowledge. He is the two-time defending champ and his biggest threat (Cooper Webb) is nursing a wrist injury that may keep him out of the series. I would say this will be his easiest road to another title when looking back over the previous years and he should be on his best form, too. He may have some moto challenges along the way from guys like Cianciarulo, Forkner, Savatgy, Osborne or Plessinger, but he will be there every single time and that makes a huge difference over 24 motos. If he doesn't have any big crashes or mechanical failures, I look for him to run away with this championship.

Matthes: Yeah, I'm with JT on this one. Jeremy Martin looks to be in good position to join Glover, Barnett, Carmichael and Villopoto as the only three-time 250MX (125) champions ever. If Cooper Webb was coming in 100 percent then I could go with him but right now Martin's got the experience, the bike and the know how to get it done. In the end both of the Lucas Oil Motocross champions will be from Minnesota yet again.

Ping: I like Jeremy Martin for a three-peat. Cooper Webb’s wrist injury keeps me from picking him or I could see him giving Jeremy fits.

3. Who will surprise this summer?

Thomas: I think the biggest surprise will be Joey Savatgy. Joey did end the series last year in third place but was never really a title contender. He improved down the stretch and as he has matured in the past year, he knows his place is near the front. I don't think he can beat Jeremy Martin consistently enough to take this title but I think he will make a significant jump up from where he was last year. If anyone can push JMart to the edge, it will be Savatgy.

Matthes: I think Zach Osborne will be a surprise in that he'll be very good. We know he's, like, good, but I think he wins multiple motos this year and runs second in the points to JMart. He's got the experience and I think his recent arm pump surgery has helped him (or he feels it has anyways, that's half the battle!).

In the 450's I look to someone like Marvin Musquin. I think he's going to be better than you think he'll be. Also privateer Jesse Wentland put in some good rides last summer on the big bike, and he was riding well in 250SX before getting hurt. Look for that kid to get up near the top ten here and there in a stacked class. And in his last year of racing pro, wouldn't it be great to see Andrew Short get a podium or even a holeshot and lead some laps? I cheer for the #29 and so should you.

Ping: Adam Cianciarulo. Yes, the injury-riddled Pro Circuit rider is actually racing again. His run of fractures/dislocations has been as unfortunate as any rider I’ve ever known, but I believe he still has the talent and drive to ramp his career back up and this summer is his starting point.

In the big bike class I like Cole Seely for a breakout series. I know “surprise” sounds ridiculous for a guy who has already won a 450 supercross race but he’s never had a really good summer. Last season he sat out most of the year with an injury and I think he was poised to impress then. Prior to that he was always fluttering around tenth in the 250 class and looking like more of a supercross specialist. Look for Cole to change that image this summer with some impressive rides.