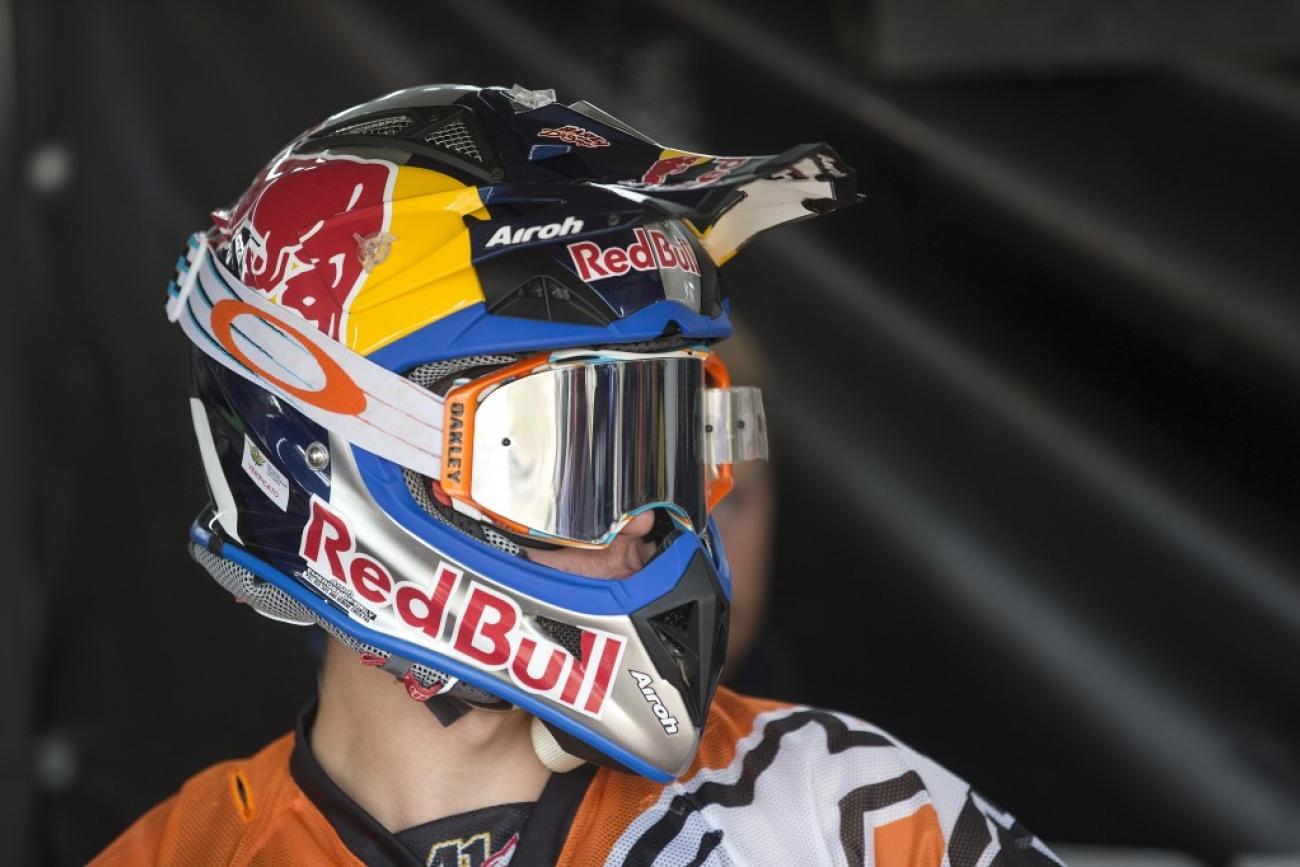 250 Words Fighting to the Finish

If you heard gasps and awes coming out of your computer screen yesterday, chances are good it was Paul Malin as he covered the second moto of the MX2 Class at the Grand Prix of Mexico. Malin, himself a world title contender from Great Britain, and Racer X contributor Adam Wheeler were doing the race call for MXGP-TV when this year’s title contender, Pauls Jonass, had two spectacular crashes in the second moto that very likely cost him the title.

And in both cases, the crashes must have seemed familiar to AMA Motocross fans.

First, Jonass, who hails from Latvia and rides for Red Bull KTM, scored the Fox Racing holeshot in front of 15 other competitors (yes, the turnout was terrible once again in Mexico). The strange thing was the fact that he was literally on the ground sliding across the line, his front end having washed out on the slick, hard ground. It was similar to what happened to Ricky Carmichael at Hangtown 2006, when he grabbed the holeshot, only to seemingly trip over the chalk line that defined the holeshot.

You can see Carmichael’s holeshot crash at about the 7:20 mark.

Jonass was lucky there wasn’t many riders to pass back, and with the Mexico track having been peppered with rain throughout the day, there were plenty of lines to take to get back into the top five or so and keep the points close between himself and Slovenia’s Tim Gajser, who finished fifth in the first moto. But as he was on his way to the front Jonass suffered another huge crash, this one even more spectacular—think Chad Reed-at-Millville spectacular—when he was ejected from his KTM at the peak of it’s flight over a big, fast double.

Jonass was lucky to not get landed on, and he somehow got up again and soldiered on, albeit well behind the rest of the field. He would finish thirteenth, with only a rider from Mexico and Argentina behind, while Gajser finished second. You can see both of Jonass’ crashes here.

Jonass, who was the points leader in August even though he had yet to win a Grand Prix, now goes into the Glen Helen final eighteen points behind Gajser. Had he not crashed twice in that last moto it’s possible Jonass might have actually been leading going into the finale, which will no doubt have more (and much, much better) local entries to mix things up. If Jonass does somehow win, having not quit in the second moto and holding on for eight points in Mexico, even by default, will have been the key.