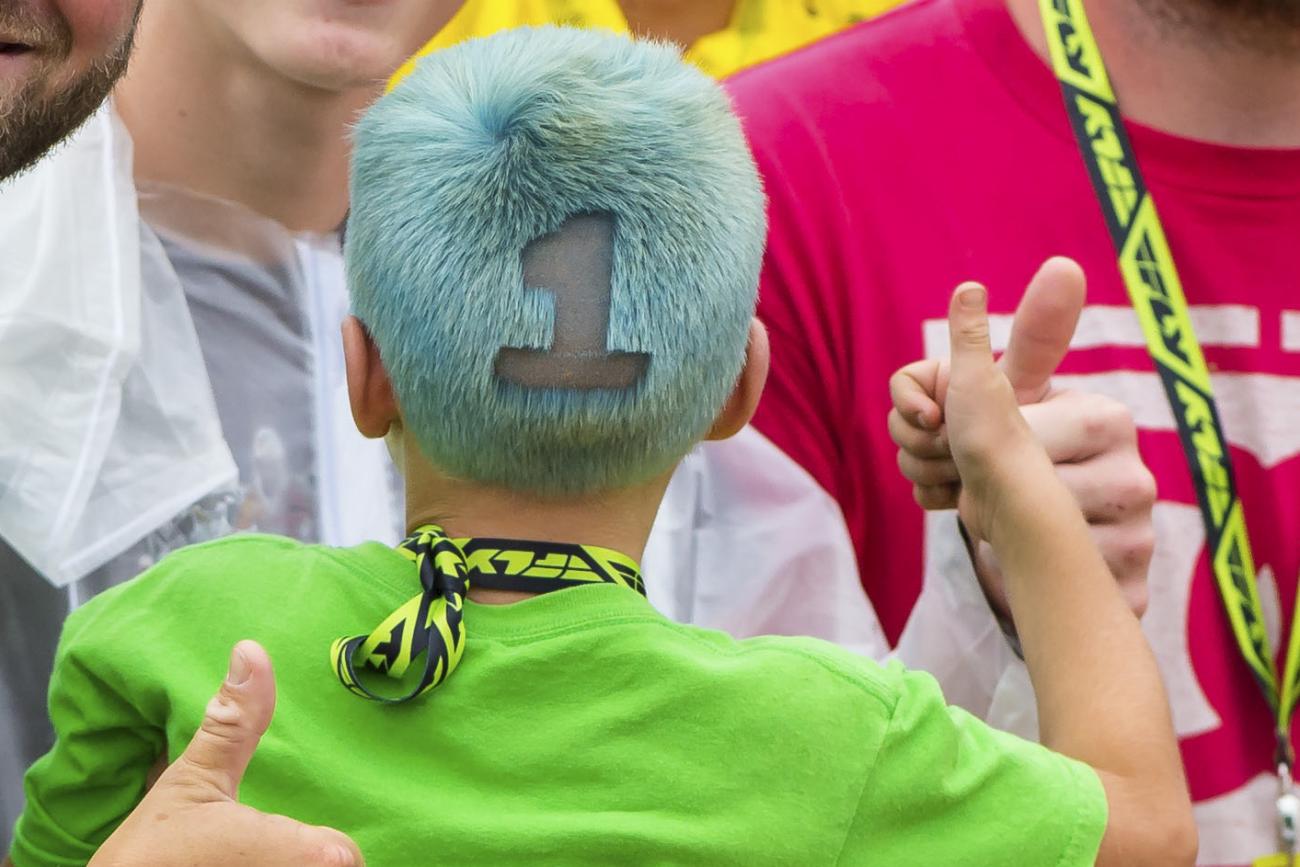 Is the private equity firm CVC Capital Partners, which holds the biggest stake in Formula One, about to sell? According to the Financial Times it may be happening soon. But to whom? And for how much? Suitors include Miami Dolphins owner Stephen Ross, and Qatar (yes, the entire nation), with the price expected to be around $7–8 billion for a 35 percent stake, reports Jalopnik.

That CVC wants out really isn’t surprising at all. Private equity firms actually operate on a pretty simple business model, one that is ingenious and also a bit ethically dubious. In incredibly simple terms, a bunch of people pool their money together, and then use that money as a down payment to buy something, usually a company. The rest of the company is then bought with massive, torrential amounts of loans, and those loans are then transferred to the company. The company, now newly-saddled with debt and new managers, either does better or worse.

But at the end of the day, the private equity firm tries to flip the asset. Whether three years, five years, or ten years down the road, there’s going to come a day when the firm decides its time to make some big money on a big sale. And those loans that were originally transferred to the asset become someone else’s problem.

And for F1, it looks like that day is coming up damn soon.

Read more about the future of F1 here.

These F1 Cars Are Beautiful

Dutch designer Andries van Overbeeke has a vision for the future of Formula One racing… and it’s beautiful. Van Overbeeke came up with three concept cars—MacLaren Honda, Red Bull, and Williams—and the most fundamental change is a closed cockpit. While his ideas seem doable, according to F1 journalist, Craig Scarborough, due to F1’s strict rules the ideas will probably never come to fruition. From Wired:

One critique of the idea is that the result would be “shockingly ugly,” in the words of Red Bull boss Christian Horner, according to Autosport. Van Overbeeke proves him wrong. That McLaren is beautiful, even if F1 purists will deride it as heresy. And there’s no reason it can’t be created, Scarborough says: There are some minor technical issues (like making sure the driver can always escape the car quickly), but nothing insurmountable….

So can these digital designs change the future of F1? The odds aren’t good, but we’re nonetheless better off having a realistic, visual representation of the changes that could help the sport. “In that respect,” Scarborough says, “his designs are incredibly intelligent, and not just a flight of fancy.”

Check out the awesome designs here.

Coming to my Senses Trailer

I stumbled upon this trailer (below) for an upcoming documentary on the life of Aaron Baker and his fifteen-year struggle to walk last week, and the film looks absolutely amazing.

As of yesterday, Disneyland and Walt Disney World have officially banned selfie sticks. According to the Washington Post, Mickey Mouse and pals have banned the sticks due to safety concerns, as a ride last week was shut down for over an hour when some bro pulled out a selfie stick mid-ride. Selfie sticks are the worst.

The news is another marker on the road to the selfie stick’s demise. The cheap metal rods have been banned from peak selfie destinations across the world, from the Metropolitan Museum of Art to Lollapallooza, from the Kentucky Derby to the Wimbledon tennis championships. You can still selfie-stick at the Lincoln Memorial, but there will be no sticks near paintings of Lincoln in the National Portrait Gallery.

Line of the Winter

GoPro has been running a contest all winter in which skiers and snowboarders, using a GoPro of course, film a sick line for a chance to win a monthly prize of $1,000 as well as the grand prize of $20,000. Check out this sick line from the April winner, Grant Howard, out in Utah. By the way, this idea would be killer for motocross. Get on it, GoPro.

Electric Rivalry at Isle of Man

Last week we opened The Word On… with a feature from Vlad Savov at TheVerge.com on the development of the TT Zero class—which features all-electric bikes—at the famed Isle of Man TT race. The piece focused heavily on the technological advances the bikes have made in recent years. Graham Hiemstra of Esquire took a different angle, focusing more on the teams in the TT Zero class, one of which is run by Mugen, the company founded by Hiotoshi Honda, the son of Honda Motor Company founder Soichiro Honda. The contrast between the teams is quite stark as Hiemstra found out.

At the forefront of the electric effort is Japan's Team Mugen, followed closely by Victory Racing of the USA, and more distantly by a string of student run University teams in it strictly for academic reasons. If there is such a thing as a veteran team in a category this young, then Mugen is it. Coming into the 2015 race, Mugen—an engine tuner and parts manufacturer founded by Hiotoshi Honda, the son of Honda Motor Company founder Soichiro Honda—had already secured four TT Zero podiums and confidently eyed their fifth and sixth. Victory Racing on the other hand had only just decided to even enter the Isle of Man TT races six months prior to race day, and had never before raced an electric bike on the international stage. For a brand known exclusively for making baggers and cruisers, their prototype electric race bike marked a serious design departure from their general aesthetic, to say the very least. Nevertheless, the Victory boys were out to "prove American performance," and their two Parker GVM motor and BRAMMO battery powered machines looked poised to do just that.

"We're the under dogs. We've been at this for a very, very short time. To say the cards were stacked against us is an understatement," acknowledged Gary Gray, Product Director of Victory Motorcycles. Though winning was never the main goal for the Americans. "What we need to do is show the world that electric motorcycles can be exciting and fun, and fast."

Team Mugen felt differently. They made the trip to win, plain and simple. While mechanics from the University teams and Victory Racing swapped ideas, stories, and even spare parts, with curious onlookers flowing freely throughout the various work spaces, Mugen's tents were locked down. From a glance it seemed the competition was more interested in generating buzz and raising awareness for the electric effort than anything, using the TT event like a glorified meet and greet with the greater motorcycling community. Of course come race day, Victory was all business, though along the way they never lost sight of the bigger picture.

The entire piece is worth reading.

Sports Illustrated, long the golden standard in sports journalism, has undergone numerous changes over the last few years in an attempt to garner move revenue as advertisers move from print to digital. Their latest move is a partnership with WebMD—a hypochondriac's paradise. The two are teaming up to produce an editorial series called “The Comeback,” reports Ad Age. The feature will focus on athlete’s return from injury with “service-y information about the aliment.” The partnership will see SI gain a lot of new eyeballs, says Ad Age.

About half of WebMD's traffic heads to its health and wellness and lifestyle content, according to Steve Zatz, WebMD's president. "We have a large audience interested in how you exercise and recover from sports injuries," he said.

Huge Jet Takes Off From a Ski Jump

I honestly don’t care about the minutia details of why this is happening, or what it means. It just looks super cool. (If you do care about such details, Wired has more.)

Passing a big rig on a single-lane road is a pain in the ass, and sketchy as hell at the same time. Samsung is trying to provide a solution, though. According to Esquire, the company has developed a prototype that would have a wireless camera at the front of the truck and a giant (seriously, imagine the entire rear of a truck acting as a giant TV screen) video wall on the rear. Check it out, it’s pretty sweet.

A deal between DraftKings, the daily fantasy site, and ESPN has fallen through, reports Re/Code. The deal in which ESPN was planning to invest $250 million in DraftKings is no longer on the table, and has been replaced by another deal between the two companies. The new deal will give DraftKings “exclusive rights to advertise fantasy sports on Disney’s ESPN properties starting in 2016.” According to Re/Code the deal will see DraftKings spend a reported $500 million on advertising with ESPN. More from Re/Code:

DraftKings CEO Jason Robins says his ad deal with ESPN calls for a “deep integration” with the media company, which he says will give it an advantage against fantasy rival FanDuel. “ESPN is the strongest brand in sports,” he said. “This is something that will definitely catapult us into the leader position.”

Sources familiar with DraftKing’s plans say it is in advanced talks to raise a large round from other strategic investors.

Speaking of daily fantasy, the aforementioned DraftKings and FanDuel, the two largest daily fantasy sites, will soon have company from Yahoo, according to a Forbes report. Forbes also reports CBS Sports may not be far behind.

But in any event, Yahoo’s intended entry into daily fantasy sports could mark a very real change to the power dynamics within daily fantasy sports.  As in any industry, three or four major competitors is far more favorable for pricing structure than just two large companies.  And while there are many businesses currently trying to offer daily fantasy sports, not many have the funding of FanDuel and DraftKings, especially after their recent partnerships with pro sports leagues.

It will be interesting to see how Yahoo’s planned launch unfolds and how Yahoo manages the ongoing state and federal law risks of operating daily fantasy sports contests.

But for consumers, Yahoo’s entry seems like a good thing.

The Olympics are expanding. Last week, the International Olympic Committee announced that the 2018 Winter Games in Pyeongchang, Korea, would include four new events: big air snowboarding, a team skiing event, mixed doubles curling, and mass-start speed skating. The addition of big air snowboarding is an obvious attempt by the Olympics to try and attract a younger audience. While a stage as big as the Olympics draws more people to snowboarding, some say it gets away from the roots of the sport. "I get why the Olympics is trying to change," snowboarder Austin Smith told Vice Sports. "But an event like big air isn't the foundation of why myself and others, I think, started to snowboard."

As Vice Sports points out, though, not everyone disagrees with the sport's inclusion. From Vice Sports:

Forster, also not surprisingly, disagrees that a big air event diverges from the roots and traditions of snowboarding. Rather, he says, the creativity, style, and expression that have always been there can be maintained in Olympic competition.

Kotsenburg agrees with Forster about the need for judging criteria and a format that benefits snowboarding. With big air now an Olympic sport, the opportunity is there to ensure an evolution that's faithful to the heritage of snowboarding. For his part, Kotsenburg is currently working on a proposal he'll submit to the IOC outlining a format for Olympic big air that values creativity and style as much as it does a meatball huck.

This week in parachuting: one person parachutes into a cable car while another gets tangled. Luckily, both made it out alive.