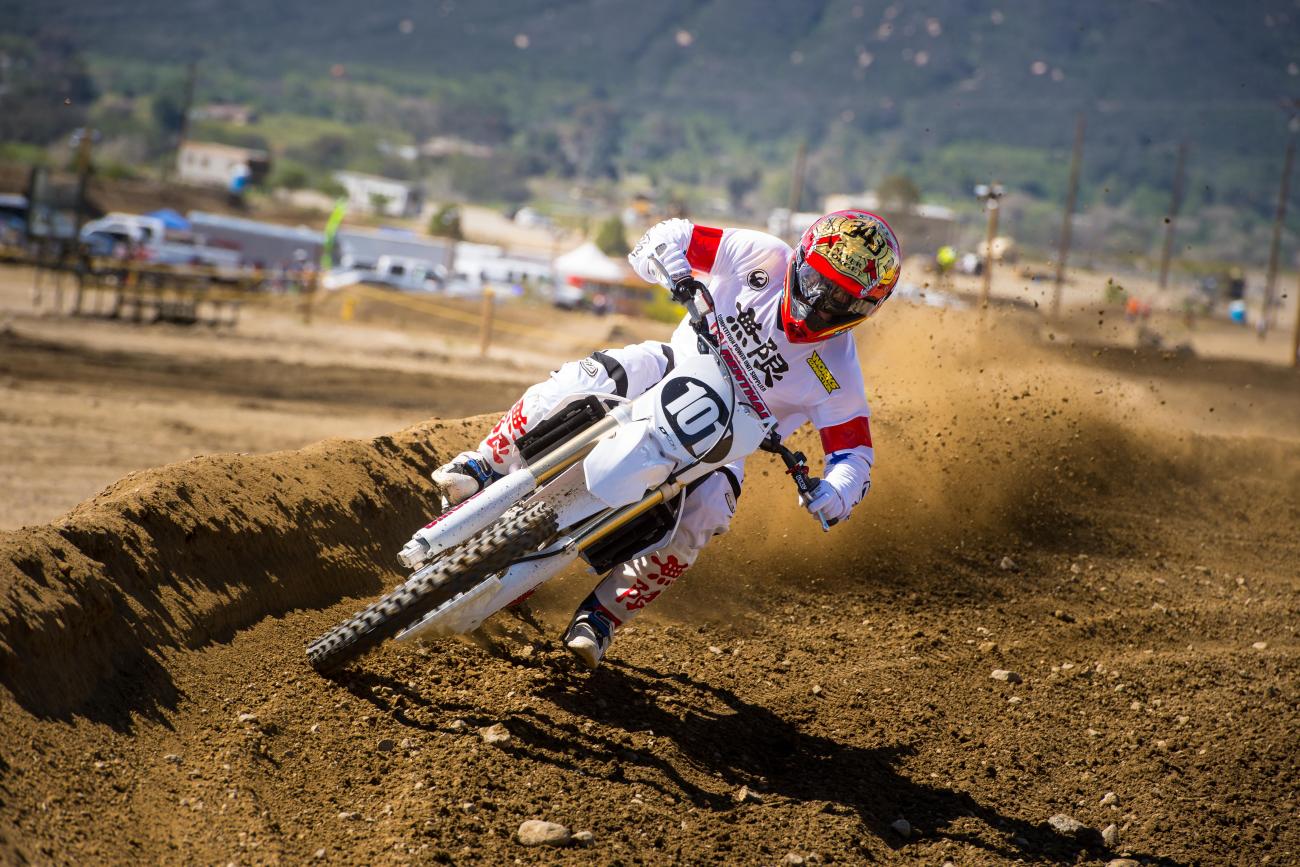 I was busting my knuckles wrestling with a tire the other day and it got me to thinking about the Dunlop guys that you see at the pro races changing tires.  Do they do that for free and provide tires to all of the pro riders, or do they have some kind of contracts for that service and being at the races?  Can a privateer just walk up there with a wheel and get a tire mounted, or do they have to pay for the tires and getting it installed?  Is there any hierarchy as to who they will help out first?

Dunlop has a stranglehold on the sport once again, but that definitely doesn’t mean they give their tires away. In fact, each team that has a contract with Dunlop is given a budget of how many tires they will get at what discount. KTM, for instance, probably gets whatever tires they need while a less-successful program with one or two obscure riders with only slightly more ability than any random fan sitting in the stands is probably getting his tires at retail minus 10 percent. The mounting service is another thing that can be negotiated; for the top teams, Dunlop will mount and deliver them. For the privateer parked out in the overflow lot, not so much. Before you get all bent out of shape about inequality and the disparity between the haves and the have-nots in the sport let me say this: it's always been this way. Dunlop can't afford to give tires to every single rider for free. And they most likely aren't buying the same tire that Ryan Dungey and Marvin Musquin are racing with. When I was trying to earn a factory ride I was on the standard Dunlop 695 that you could buy at any shop, while the factory guys were running a soft compound version that worked much better. And after I started beating some of the guys who were getting those tires, guess what happened? Dunlop started kicking me down some of the good stuff. That's just the way it goes; you have to earn it.

I'll say this about those Dunlop guys: They are magical to watch, kind of like sword swallowers or guys who juggle chainsaws at the fair. These knobby slinging savages can rip off an old tire and put a new one on in a matter of seconds and make it look easy. They don't get the fanfare that the racers do, but if you've ever stripped all the skin off your knuckles changing a tire while screaming things that would make a sailor vomit, then you'll appreciate their talent.

I saw Ken Roczen's rear wheel spinning after he dropped his throttle in the dirt. I would have assumed that a pro-prepped bike would have the wheels and driveline balanced but his wheel had the same shake to it as mine. What's the deal?

Do you really believe that RCH, one of Suzuki's factory race teams, would allow Ken Roczen to race with a rear wheel that is so badly bent it has a hop to it when it spins freely? I know the Japanese brand has been through a rough patch lately with their auto line and their star rider being banned from racing, but you've got the wrong idea on this wheel. I don't know what video you're referring to, but my guess is that there was some mud stuck on the lip of the rim that caused the wheel to hop temporarily like it was out of balance. Or, if the bike was in a tall gear and the engine was chugging, it could make the wheel look like it was wobbling when it was just the engine trying not to stall. Lots of possible answers here, but none of them include the RCH staff being lazy or incompetent.

Do you have any idea why Reed pulled the plug on his team? I love the energy he brought to the table and I thought he wanted to build that team for the future. Why drop the program all of a sudden?

Chad hasn't come out and said specifically if he’s calling it quits on TwoTwo Motorsports, and we’ll let him make the call when he feels the time is right. But, we don’t even need to get into specifics to make an educated guess as to why this type of thing happens: basically, race teams are expensive. Unless you’re winning races on a regular basis and you have primary sponsors with a vested interest in the team, it's going to be a struggle. One of the reasons that private teams don't last is they don't have a product to sell. The factory teams are promoting bikes and products, Pro Circuit is pushing their goods, Troy Lee Designs sells gear, and GEICO is essentially the Factory Connection team—they've just got such a good deal going with GEICO that they gave them the top bill. When one of these teams has to reach into its pockets for extra money, the company can pull it from their marketing budget and justify that. Factory teams, basically, are designed to operate around losing money—they’re an expense, not a source of revenue.

I don't care how much you love the sport; you can't spend all the money you made during your career trying to keep a sinking ship above water. Specifically to TwoTwo, Reedy didn't spare much expense when he put his outfit together. The staff alone at TwoTwo accounts for a massive portion of their budget. It has to; he has some of the best technicians in the game under that tent. That doesn't mean it can't be done; Star Yamaha doesn't sell anything that I know of, and they’re doing fine. RCH isn't moving any product, yet they are growing. It takes a very committed person with a lot of money to make that happen, and I think Carey Hart and Bobby Regan fit that description. And remember, they don’t have to actually race the bikes and work on their own personal results each weekend; they just call the shots. Really, no other owner/rider combo has been even remotely as successful as Reed has been with this team. Now Chad has explained he has a shoulder injury, so that might idle the team for the summer anyway. As for next year, it would be a shame to see it go, but it really doesn't surprise me too much.