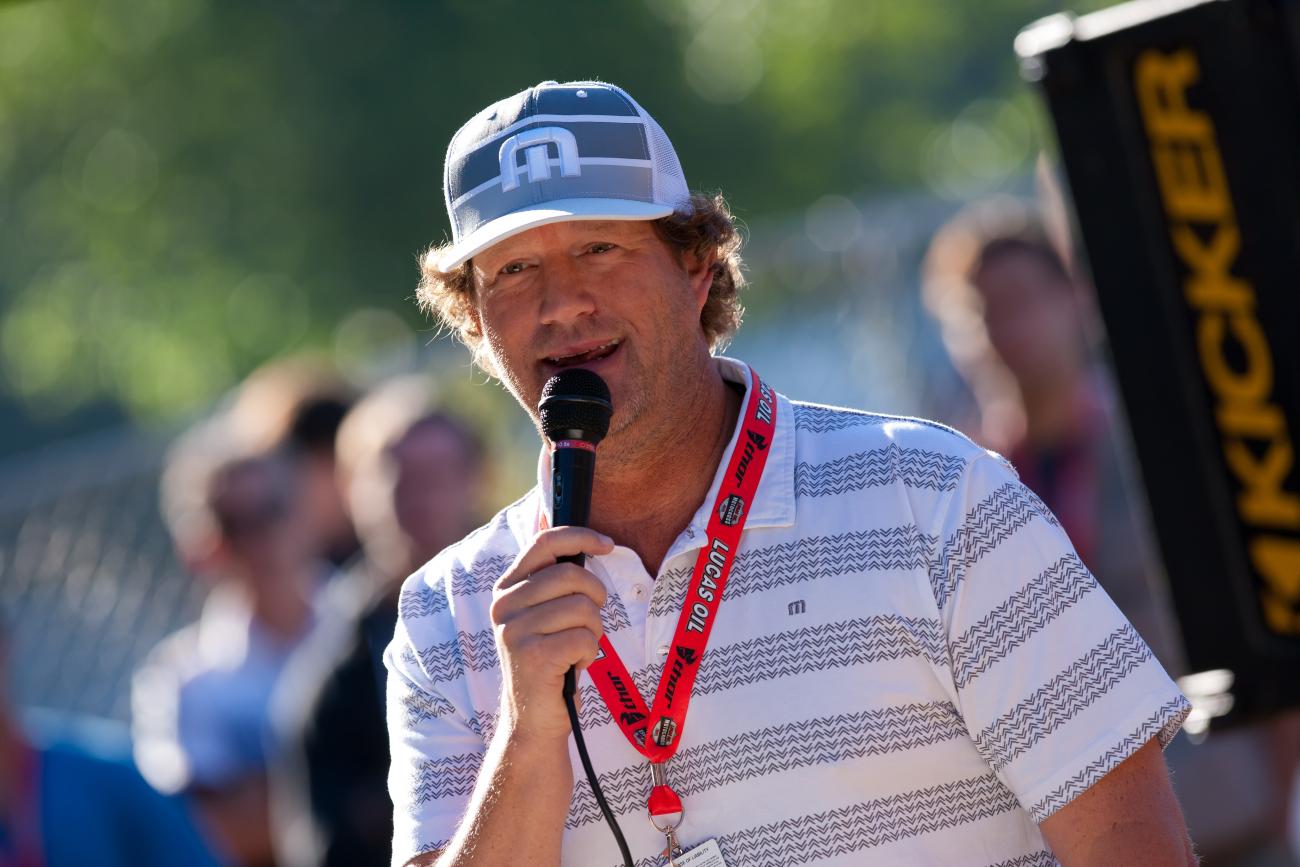 Few things are predictable in racing. The results aren’t pre-determined. Racers ride the ebbs and flow of momentum. One thing we do know that will take place every Saturday morning at the track, be it Monster Energy Supercross or Lucas Oil Pro Motocross, just after the rider’s meeting, Steve Hudson will take the microphone for his non-denominational prayer service.

Steve’s a Christian, but his weekly speeches don’t rely heavily on religion. Mostly, he gives life lessons and stories about how to be a better person. There’s usually some humor mixed in, and most sessions end with a message every rider, heck, every person, can use: Look in the mirror, be honest with yourself, and be as good to others as you can possibly be.

A prayer service came to the races because folks that travel can’t make it to church on Sunday. But this sport has found a connection well beyond just matters of religion. We’ve got a group of young, hungry athletes, many who grew up at the track instead of in school, and they’re surrounded by influences looking to get a piece of their money or fame. Hudson has been around this sport since the mid-1990s, spending some twenty years in the trenches trying to help riders, workers, and their families find the right way.

These days, Steve is the biggest and most popular shoulder to cry on in the pits. He’s one of the few without bias on team, result, or sponsor. Steve doesn’t work for any of those entities. He’s working for the riders, any of them.

You won’t hear him thanked in many podium speeches, but you can trust that Chappy has been in some deep conversations at significant moments for some of the biggest stars in this sport. He’s performed weddings for riders and industry big hitters, and when a rider gets hurt, he’s one of the first ones to get to them on the track and visit them at the hospital.

Things took a reversal outside of the Muddy Creek National. Steve was riding to the race on his street bike when he was rear-ended by a car at a red light. He was just sitting there on his bike, and a car failed to stop. Steve was transported to the hospital that night. Crashes on the road are always scary, but the news was surprisingly upbeat, as we didn’t hear of any broken bones. He obviously couldn’t make the race on Saturday, but we heard he had avoided major injury.

Well, kind of. Steve suffered a concussion in the crash as well as major whiplash, and a week later, at High Point, we heard he was suffering pretty badly from those symptoms. Chappy should be okay eventually, but we’ve all learned that the effects of a bad concussion aren’t to be taken lightly. I texted Steve this week, and he told me he “just isn’t feeling right.” He’ll be down for a bit, but we’re just glad to hear that he’s not completely broken.

JGRMX co-founder Coy Gibbs stepped in for Steve at High Point and summed it all up pretty well: “Steve is here for you. He’s not here to work on bikes or win races. He comes to help you. That’s the only reason he comes here. That’s pretty amazing.”

If you’ve ever raced at the AMA pro level, or have ever worked at the races and attended Steve’s Saturday morning service, you know what he brings to the sport. There’s a certain kind of support he provides that can’t be matched anywhere else. He’s a valuable member of the pro pits, maybe more so than anyone else.

So now it’s our turn to show him similar support. This weekend, send Steve an email at Stevehudson7@gmail.com and offer up some words of encouragement. That’s what he would do for any of us.