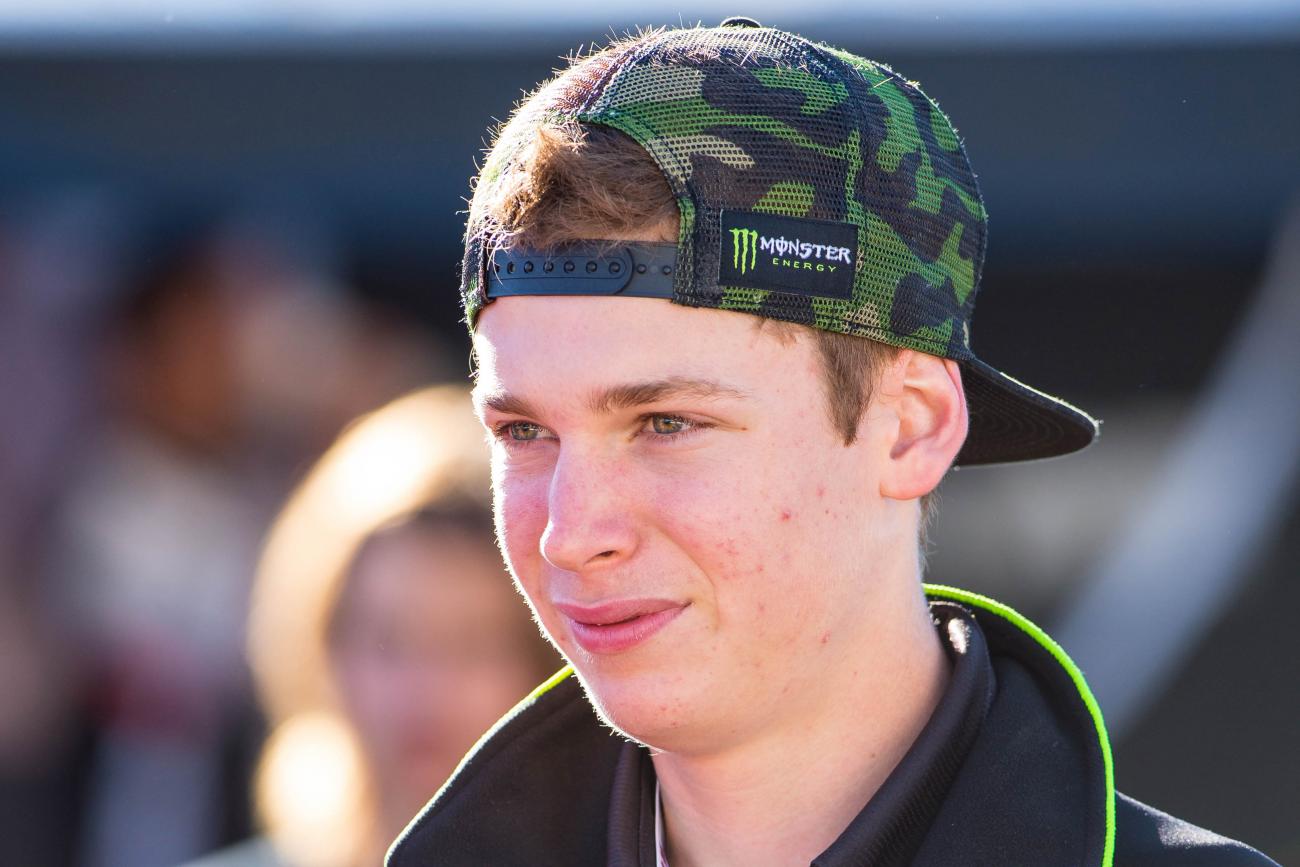 3 on 3 Questions for High Point

Jason Thomas: They’re certainly impressive. All four of them are making themselves a mainstay inside the top ten, and that's saying something in this day and age. I really thought Plessinger was going to hold on for a podium finish in moto two last weekend, but he has some fitness to sort out at that pace. I think Jordon Smith can run up front with anybody if he keeps it upright, but he’s still learning how to be consistent. Hampshire has flashed inside the top five here and there, and finally nabbed a fifth at Muddy Creek. Alldredge, on the other hand, came out swinging at Hangtown, scoring an overall podium and shocking, well, everyone to be honest. Looking at them collectively, I can't really remember a more impressive group since the Trey Canard/Nico Izzi/Austin Stroupe class in the summer of 2007.

Steve Matthes: They're all getting better each week. There's a small difference between these guys, though, as Alldredge and Hampshire raced some nationals at the end of the season last year while Plessinger and Smith did not. In speaking to Luke Renzland, another solid rookie, he's told me that just those few races at the end of the season helped him know what to expect going in. So, knowing that, are Smith’s and Plessinger's early season results a tad more impressive? That’s for you to decide, I suppose, but Alldredge has the third overall, Smith has the blazing speed, Hampshire has been pretty consistent, and Plessinger is the only one that has led laps. I think I've been most impressed with Alldredge because, honestly, his supercross season was a disaster and I had no reason to think he'd be able to stay on two wheels outdoors, but he's proved me wrong. Putting in consistent results is hard to do with two thirty-five-minute races, so good for him.

Jason Weigandt: The guys were merely good until lately. Now I see the chance for greatness. Well, Plessinger was pretty awesome in supercross, but that’s one guy with a podium and some top-fives. We’ve seen rookies win races or even titles in their first year, so I was slotting this group into the “just solid” category. If they were stocks, I’d have said hold. But now I’m upgrading to “buy.” You’re seeing each one get closer to the front, so it’s pretty clear they are legit talents who will succeed in this sport. The only missing piece is a little bit of confidence. When will that hit? Right now you’re seeing inconsistency, but one of them will figure it out and start ripping every race, kind of like the Jessy Nelson-type rides we’re seeing now, where the rider just becomes a factor every time they line up. Buy, buy, buy—not bye, bye, bye—to these guys.

2. Filthy Freaking Phil. Killing it. What's gotten into this guy?

Thomas: There are a few factors. He was riding with Justin Barcia quite a bit leading into this series, and I think that helped his pace. He was probably the fastest rider at Club MX on a daily basis in years past, which is great, but it wasn't helping him improve. Barcia can get him out of his comfort zone every day they go to the track, breaking new barriers along the way. Furthermore, Phil's starts are spot on. He was getting great starts last year as well, but this year he’s just more prepared to capitalize on the circumstance. He doesn't seem intimidated by anyone, and as we saw last weekend, if he gets out front, he isn't waiting for anyone.

Matthes: I like JT's reasons—they're solid. He hadn't been riding with Barcia that long, but I do think it helped him out. Maybe getting away from each other has been some sort of reverse Wonder Twins super powers thing for Filthy and Alex Martin? Both riders were roomies and buddies forever down there at Club MX, and both guys have taken their riding to new levels. I think it's a combination of a few things. He has a solid program where he can just focus on riding. He's making money now, he has solid practice and race bikes, and he's able to train better. It helped that he didn't race much supercross in the second half of the season once Barcia came back, so he'd been on an outdoor program for a couple of months before Hangtown. And his starts have been on point. All three of the AutoTrader.com/Toyota/JGR Yamaha riders are in a place to succeed.

Weigandt: I think he’s just continuing to rise and improve. In 2013 Phil was basically an unknown. He started making SX mains late in the season and then showed some real speed outdoors. He’d flash inside the top ten sometimes, his peak being a pair of sixths, with some bad motos thrown in. Last year was an improvement; he was much more consistent, although he had to skip half the races because he was just JGR’s fill-in rider. Now he’s full time, and that trajectory continues, but the sixths are now thirds and fourths, and they come more consistently. For real, the only mystery to me is why someone didn’t give this guy a chance like this much earlier.

3. Can Jessy Nelson or Adam Cianciarulo win one of these? Jason Anderson or Blake Baggett?

Thomas: The answer to this question is yes, for all of these guys. Having said that, they will need help. In both classes, there are two riders that are noticeably better than the rest of the field. That means the other riders will need both to have some sort of difficulty to steal an overall, which is asking a lot because the fantastic four of Ryan Dungey, Ken Roczen, Marvin Musquin, and Jeremy Martin are fast, consistent, and experienced. I do think it will happen, but there's no telling when or how. My guess is that the 250 Class might see a new winner if mud is involved.

Matthes: Like JT, I like a new 250 winner to emerge way before a 450 guy. Both classes have a tremendous duo up front. Nelson's starts have been on point, Cianciarulo is figuring it out, and couldn't you just see Jordon Smith getting a holeshot and taking off from everyone? He's got a lot of speed and has been consistent lately.

As for the 450 guys, they're going to need a lot of help (maybe a lightening strike mid-moto when Dungey and Roczen are dicing?) to take an overall from the two big dogs.

Weigandt: There’s a gap in both classes, but I think there’s more likely to be a new winner in the 250 Class than the 450 Class. The 450 front-runners, whoever they might be (and it’s typically Ryan Dungey and one other guy), are usually too solid and consistent to open the door. Other elite talents like Trey Canard can obviously do it, but the likes of Dungey and Kenny don’t screw up enough to let anyone else in. And it’s unlikely for both Dungey and Roczen to have bad days together as long as Kenny’s back holds out. The 250s are different. J-Mart and Movin’ Marvin are damned tough, but even they’re more prone to weird stuff than the 450 guys; we’ve already seen that this year. Also, in the 250s, there’s always that threat of a young guy suddenly going nuts in the second half of the year. It could be like Canard in 2010, Pastrana in 2000, Emig in 1992—AC in 2015? Definitely possible.