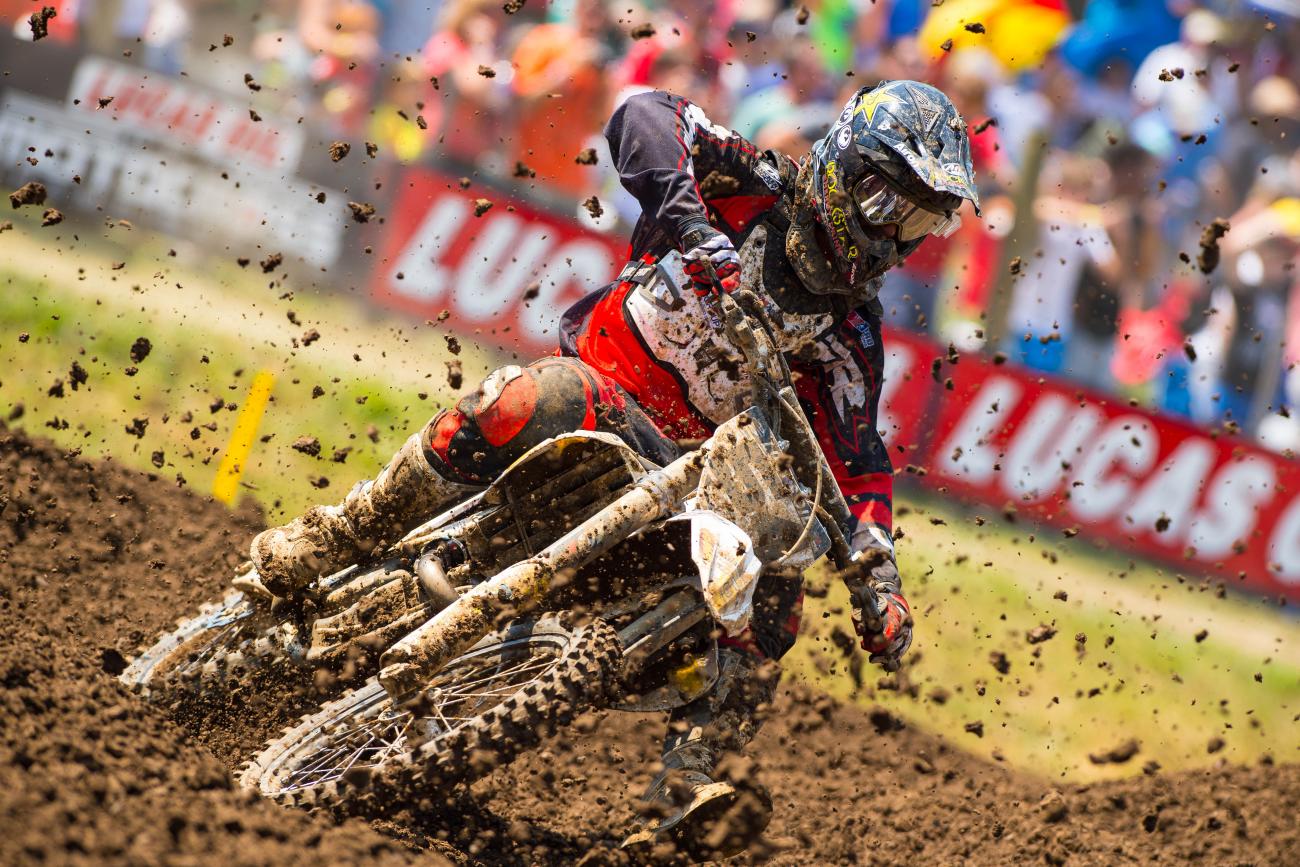 Most people know of some high-profile athletes “doing the double.” It’s typically referring to NASCAR drivers racing the Indianapolis 500 and then hopping on a plane to Charlotte to race the Coca-Cola 600. In moto, we’ve seen racers like Bobby Kiniry and Kyle Chisholm race an American national and then a Canadian national the next day.

This past weekend, though, we saw a rider participate in, and do well in, Lucas Oil Pro Motocross and the Grand National Cross Country Series presented by Maxxis back-to-back days. Air Group/Rockstar Husqvarna’s Ryan Sipes says the idea was first brought up as a joke, but as the national drew closer, he and his team decided it would be cool to do it.

Sipes normally races a 350 in the woods, but for motocross, he got a 450 and slapped some suspension on it.

“It kind of just fell together with it not being that far in between. I felt like we could pull it off,” he said. “Then it was, I got to buy a 450, I got to get all the motor done, suspension. Just putting everything together was a big process really, getting all the details lined out.”

Sipes took his GNCC rig from the last round in West Virginia (where he placed second in XC1 class) to the next round in Ohio traveling in a van and trailer. Sipes, a former factory rider in pro motocross, was now a full privateer for Muddy Creek. His mechanic Mike Stryker came with him and then drove the six hours or so to the John Penton GNCC in southern Ohio.

Sipes is now a full-time GNCC racer and he says the intensity is not quite there. “Compared to moto it’s not even close.” Sipes however is used to longer races now (GNCC’s run 3 hours long) and it showed at Muddy Creek as he came from the back in the second moto.

“That intensity really got to me at the beginning of the moto. I’d start out decent, and then I’d get passed by a couple guys. And my stomach would get all knots and I was breathing hard,” Sipes said. “I don’t know if those guys were getting tired or I was getting better, but it seemed like I was definitely better in the last half of the moto, that’s for sure.”

Sipes made it all the way up to tenth and passed some big names in the process. The part-time motocrosser ended up going 12-10 on the day for eleventh overall. Right after the moto, he changed, hopped on his sponsor’s plane, and headed for Ohio.

“I’ll be honest, Sunday morning when I woke up, I was like, holy cow, this is going to be the longest day ever. I was just tired,” Sipes said. “I got out there and biked a little bit. All of a sudden it got humid and hot and I started sweating. I’m like, all right, I’m done with this. I’ve got to hold my fluids in that I can. So I went back.”

With the heat and the previous day’s exhaustion lingering, Sipes didn’t have the normal pre-race preparation.

“I felt like I need to conserve every bit of energy that I can, given how I felt at the time, which was tired and kind of just sluggish,” he said. “I was thinking that racing moto was going to be a really bad decision because the first half of the first lap I just felt terrible. I was like, this is going to be the longest race ever. I’m going to get worked.”

Sipes found his stride as the GNCC race went on and finished in the runner-up spot after a twenty-five second lead dwindled to a few seconds on the last lap.

“I just told myself, You’re not tired. There’s nothing to save your energy for. Lay it down. Put in your best lap ever. I went faster my last lap of the day,” he said of the grueling final lap.

Limiting the damage at the end of the race allowed Ryan to collect a second-straight runner-up performance. After a semi-rough 2014 GNCC debut season, two straight second-places prove the Kentucky kid is figuring out what this woods riding is all about.

The double days of racing were successful for Sipes; he’s happy with his rides in both events. Sipes won’t be doubling up on races this weekend, but he will be heading to the High Point National.

With a bit more time on the 450 and no GNCC on Sunday, maybe we’ll see an even better ride from the iron man this Saturday.