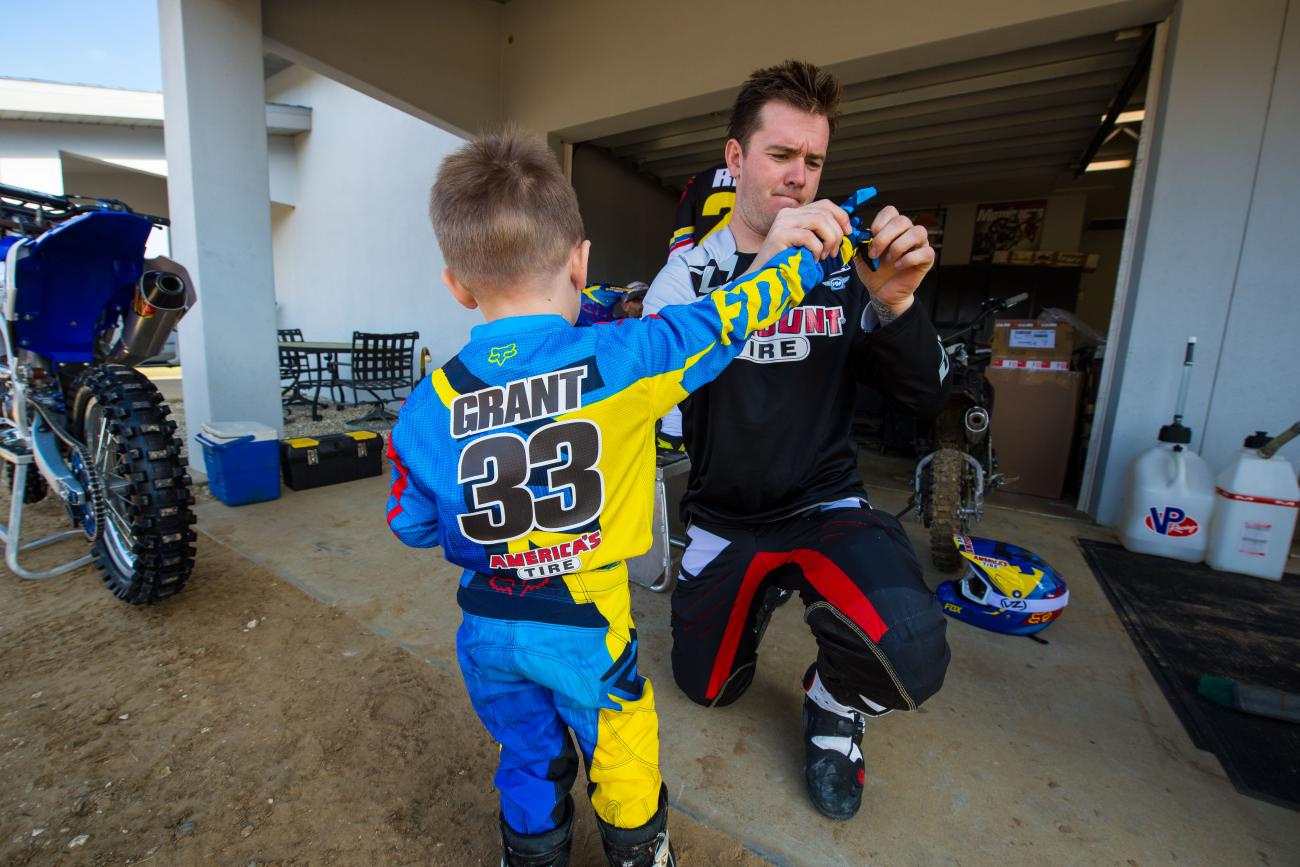 Revolver The Next Step

I love that I can write about whatever’s on my mind from one week to the next. Let's talk about arenacross! Did I suggest I wanted a slam-bam, T-bone finish? Well, it reads, and from what we've seen it sounds like we got it. And really, supercross, you brought AX announcer Daniel Blair on TV to announce he couldn't announce the final AX results live because the show hadn’t aired. That was pretty stupid, honestly. "Race was great, can't tell ya!"

First main, Jacob Hayes wins. Takes a one-point lead into the second main. The second, Jacob does the classic undercut wipeout move on Regal. I like both of these guys. It’s a move I would've done in AX a thousand times—only problem is, don't break your bike when you’re punting your opponent. Mike Jones did exact same thing to me at Pontiac 1990.

I cleaned him out the week before in the Cotton Bowl and he exacted his revenge the following week in the Silverdome. Only thing different was it was last couple laps of the main and his smoking bike didn't fail.

I used to sponsor Hayes as a mini kid while I was at Smith, and his team manager is my longtime friend Denny Bartz. I'll never forget how Regal crushed it at Millville as an almost-unknown in 2010 when he went 8-2 for third overall (thank you, Vault)—I actually wrote about it in my Racer X report that weekend. And Kyle’s team is my AX OG Tuf, and his mechanic is an old friend, Andy Brannon. So it was a push for me. I'm just happy to hear it ended in chaos.

Brannon told me a story about Kyle at the Council Bluffs, Iowa, round I visited. If you read Regal’s latest 450 Words here on RX, he talks about the kids he coaches and how hard he works. Well, Andy told me about Kyle’s kids calling him out, saying he didn't practice what he preached. He told me how devastated Kyle was to hear that; Kyle completely changed his program after. And it worked. I'm happy to see him rebound from "the moto hole" to win this championship. Never too late to reinvent yourself and be a champion. Congrats.

So my son is up in Minneapolis trying a new clinical trial. He was recently diagnosed with type 1 diabetes, and it makes me think of my moto friends and their boys. David Vuillemin wrote about similar experiences with his son recently too. Riley has little to no interest in dirt bikes and moto. He got a brief taste of it when I did Loretta's in ’06 and ’07, but since then it’s pretty much outta sight, outta mind with him. David expressed much the same. Both our boys play ball sports—basketball, soccer, and Riley plays baseball too.

Two of my best friends, Buddy Antunez and Jeff Emig, have boys whose interests lie outside of moto—Bud’s boy, Boston, acts, and Jeff's son, Jagger, simply excels in school. I find it a unique subject: who gets their boys back into moto? For me personally it was "been there, done that." Honestly, that seems to be the path for a lot of former racers. But there are the few like Reedy, Tim Ferry, and Brian Deegan who have boys who are crazy about moto.

Chad has questioned this through Facebook and Instagram, but his little man now has a couple races under his belt. And I really enjoy seeing Tate's journey. As far as Tim and Brian, their boys are already well into their amateur careers. And the fact that Dangerboy Deegan already has 30k followers on Instagram shows the power of Pops. And if you've ever seen one of his IG clips, I guarantee Haiden wins a 250 regional title before all is said and done.

I also don't think it’s a coincidence that these families also have land and home tracks. It would be difficult to deny my son the ability to ride if we were in the same situation. I knew my passion for moto was beyond words once I saw my dad race, and it was undeniable that I was going to race like Pops. The Discount Tires commercial with Chad, Josh, and their boys is the best commercial ever. Truly gives an understanding to dads, sons, and moto.

Well, that's enough Revolver for today. But I want to leave you with this question: What would you think about supercross using a “chase” ending format like arenacross does? Would it be better or worse? Let us know in the comments. I thought it seemed silly years ago, but my feelings might be changing.