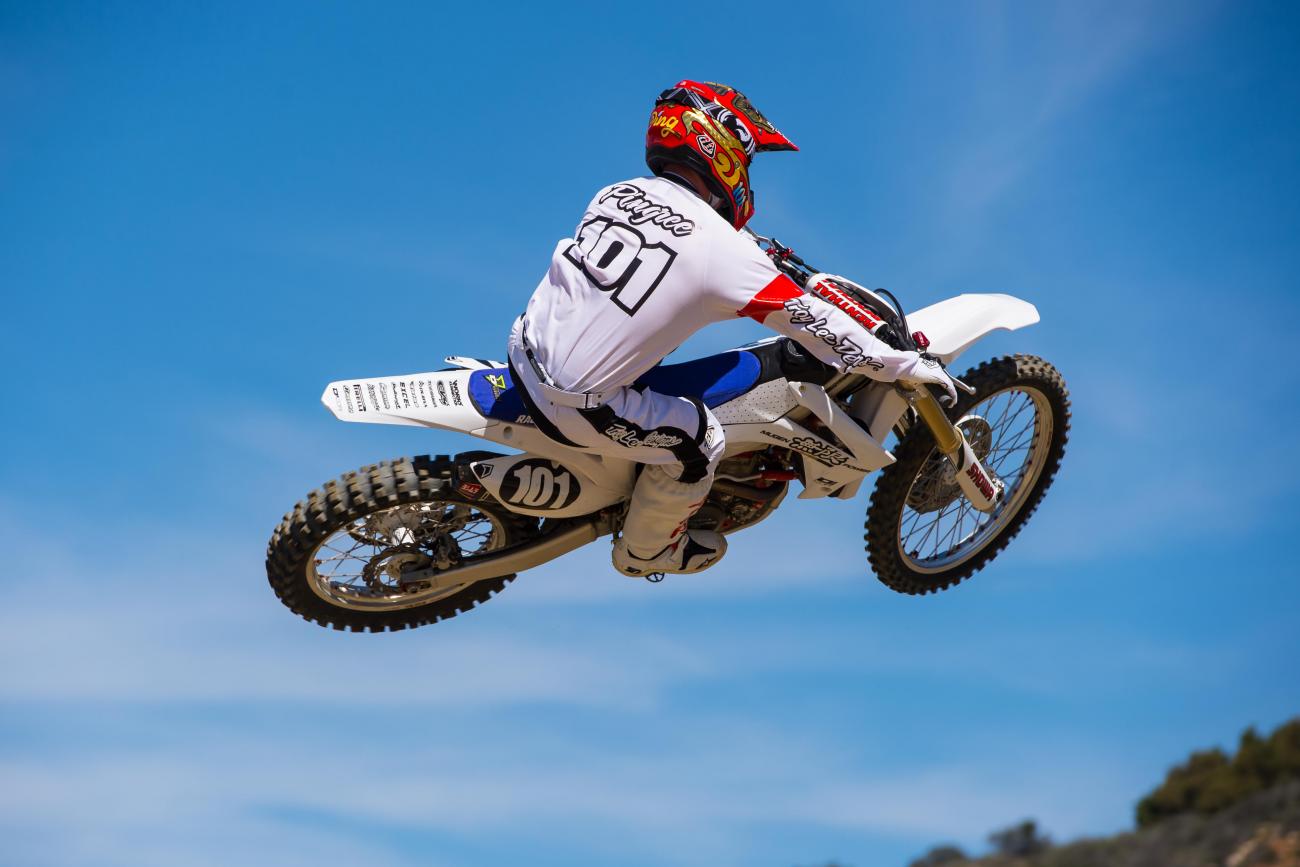 With this new job of yours, the fireman/paramedic thing, did you have to go back to college for that? And, if so, does that make a certain other magazine correct ALL those years ago ???

Touché, mate, touché. For those who don't know what this young man is referring to, let me get you up to speed. Back in the late 1990s I was having a series of unfortunate run-ins with the dirt and the dirt kept getting the best of me. Femurs, ACLs, fingers, shoulders—I broke them all. After several injury-riddled seasons, Jody Weisel of Motocross Action fame opined that I would be better off going back to college. DC and some of the other Racer X staff thought it was hilarious and began calling me "college boy." While I did end up back in a classroom, it’s what transpired between that comment and my enrollment that you have to look at. I won two AMA supercross races, finished on the podium in three nationals, won the 1999 Summercross (The crown jewel of dirt bike racing if you ask Tim Ferry), scored a bronze medal at X Games, and got to manage a pro race team for two years during that time. That doesn't include the dozen trips around the globe I took (including one to your neck of the woods in Sydney, Australia) for races and media work with Racer X. I wouldn't trade those experiences in for a few extra years at any other job. Still, when you're right, you're right, and Jody nailed this one. I'll let him know next time I bump into him at Chicken Licks Raceway.

I've seen the Braaap Bar logos on your jerseys and helmet and heard you peddle the bars on the Pulp MX Show when you used to do that but I've never actually seen them anywhere. Are you still involved with that company and where the hell can I find them?

I am still involved with the company, actually. The owners, friends of mine from Fort Collins, Colorado, created the bar and have done an amazing job building the company. They are currently restructuring the Braaap Nutrition line and looking for investors to grow it, if you're interested. We also have a really cool new line called The Paleo Diet Foods, which includes several different snack bars. They were just on the television show Shark Tank last week with the product line and it is doing amazing things. If you live in Colorado, you can find them all over the place. If you live in Southern California, you can find them at Whole Foods. If you live in Michigan, you're screwed. Actually, if you don't live in either of those places, your best bet is to order them online at www.braaapnutrition.com or try the Paleo Diet Bar at www.thepaleodietbar.com.

I enjoyed your recent feature, The List, of import debut finishes and wanted to chime in because I remember why Roncada didn't race the first LA round in 97.  He was actually an east coast rider in 97. They started that weird rule that year where if you weren't in the top 10 in points on the coast you were racing you could race on the opposite coast but weren't eligible for points.  The loophole was that since the east hadn't started those guys could race on the west. I'm not sure why they waited til the 2nd round (maybe no one knew til they showed up the first week) but a few of the east guys raced that night for experience.  If you look at the results Carmichael actually made his supercross debut that same night and Pingree raced as well even though he was on the east for Pro Circuit.  If  I remember correctly Mitch had Ping and Carmichael sit in the gate until everyone else was halfway down the start straight so they wouldn't interfere with the race.  The Pro Circuit guys just did that one night but Honda of Troy kept Roncada out there racing for a few more and he even got a 2nd the next week in Phoenix that didn't even count! Anyway I just remember it being a weird deal, maybe Ping could provide some more insight since he was in the middle of it all as to why they waited til the 2nd week.

The AMA has definitely gone through some growing pains when it comes to their rules and regulations in the 125/250F class. That year they allowed riders to compete in the opposite regional events as long as they didn't earn points. I don't know what was driving that decision, but several of us decided to take advantage of the opportunity to race before our series started. Our only instruction from Mitch Payton was to stay out of the way of our teammates who were racing on the West—Casey Johnson and Craig Decker. RC and I had good gate picks for the main event while Casey Johnson and Craig Decker did not. So, Ricky and I picked a good spot on the gate and prepped it while the other two found the best place they could and got themselves ready. Then, after the parade lap, I dropped into Casey's spot and he took mine, while RC and Decker did the same. It looked like it was going to work until Kenny Watson (yes, that Kenny Watson) blew the whistle. K-Dub was wrenching for Brian Deegan, and he freaked out when he noticed Casey pull into my spot. It was calamity on the line. The AMA officials addressed the situation and eventually made us go back to our original spots. At that point I was pissed that they made such a big deal out of it, and I told myself that I was at least going to pull the holeshot in this main before I rolled out of it. I barreled into the first turn with a head of steam and proceeded to get blown out of my Alpinestars in a dirty first-turn pileup. My bars were twisted into a pretzel, and I didn't even get to finish the race. We decided to just focus on our opener in Indianapolis after that while Stephane Roncada and some of the other guys raced a few more. As for why we didn't start at round one, I can't recall. I'm sure it had something to do with keeping the focus on the two west riders as the season kicked off.

Here is the video of the whole night. Fast-forward to the 125cc main event to see the drama. Added bonus is DC doing the pit reporting.

Have a question for Ping? Send it to ping@racerxonline.com